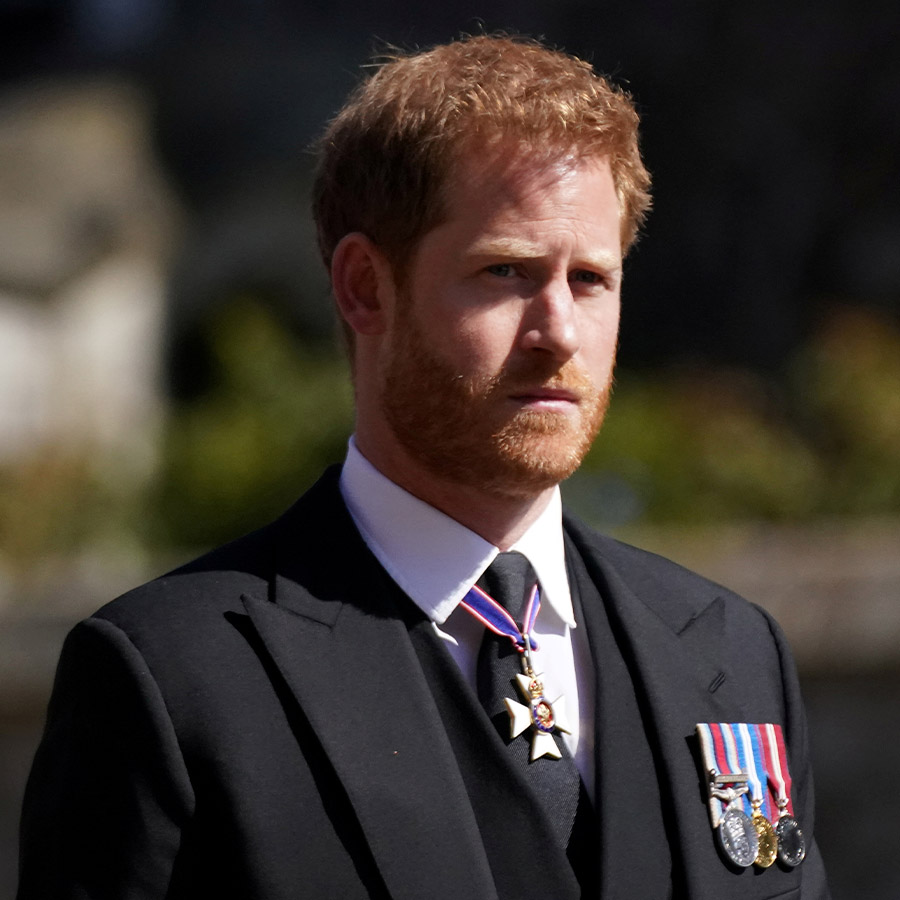 Prince Harry, seen here walking in the procession at Windsor Castle during the funeral of his grandfather Prince Philip on April 17, 2021, says his mother Princess Diana’s death in 1997 led to drinking and drug use. Photo: Victoria Jones/Pool/ Reuters

Prince Harry said he abused alcohol to numb the pain of his mother Diana’s death in 1997, and accused the British royal family of neglecting him and his wife Meghan as she contemplated suicide.

Harry, now 36, has spoken before about the trauma of losing Diana in a Paris car crash and then having to walk as a 12-year-old behind his mother’s coffin in her funeral cortege under the glare of the world’s media.

“I would probably drink a week’s worth in one day on a Friday or a Saturday night and I would find myself drinking not because I was enjoying it but because I was trying to mask something,” he said.

Harry said the loss of his mother accentuated fears about his own wife Meghan when she grappled with suicidal thoughts, although he said the British royal family neglected them both.

“The thing that stopped her from seeing it through was how unfair it would be on me after everything that had happened to my mum and to now be put in a position of losing another woman in my life, with a baby inside of her, our baby,” he said.

“I felt completely helpless. I thought my family would help, but every single ask, request, warning, whatever it is, just got met with total silence or total neglect.”

Harry’s repeated public criticism of the Royal Family, led by his 95-year-old grandmother, Queen Elizabeth, and his 72-year-old father, Prince Charles, has created another public relations crisis for the monarchy.

The queen has said she was saddened to learn of the experiences of Harry and Meghan. She said that while recollections might differ, the royal family would also address issues around race that had been raised by the couple, who said one unnamed royal made a racist comment about their son Archie before he was born.