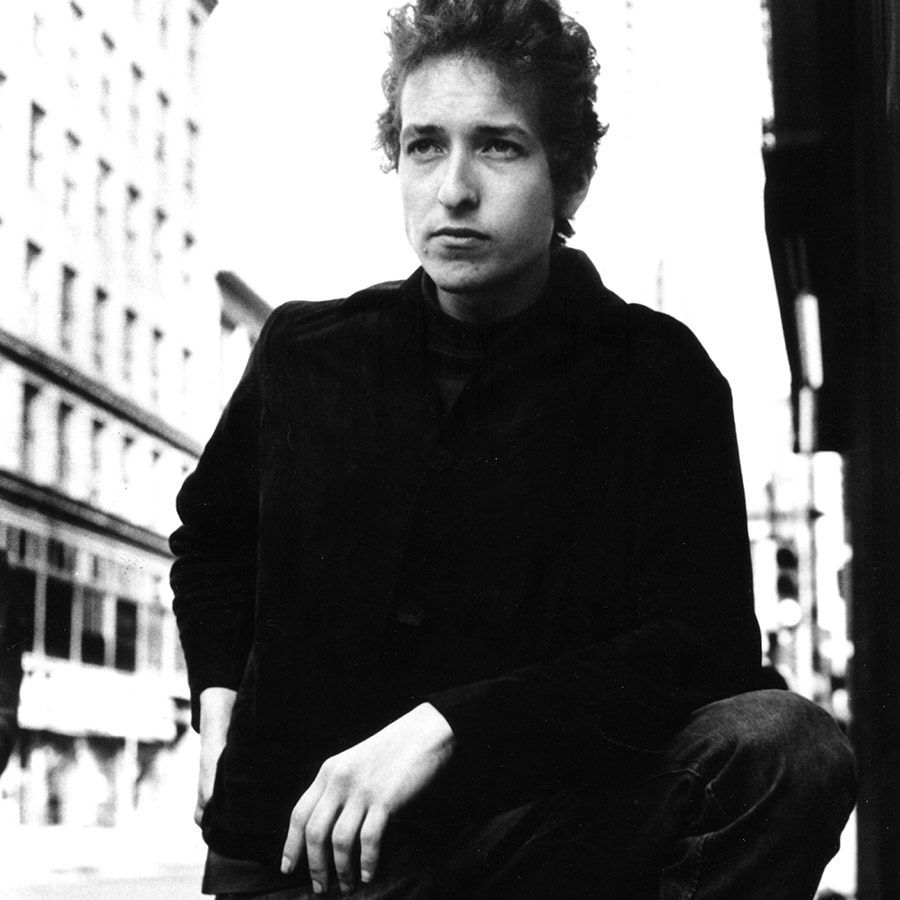 In his youth Bob Dylan, seen posing for the cover of his 1964 album 'Another Side of Bob Dylan' at age 23, was an elder disguised as a peer, offering his music a sense of profundity, as if a voice out of time. Photo: Michael Ochs Archives/Getty Images

In 2016, Bob Dylan was awarded the Nobel Prize for Literature, becoming the first singer-songwriter to be so honoured. A truly momentous occasion, Dylan, true to form, didn’t follow the accepted protocols: he did not appear in person to accept the award (Patti Smith accepted the medal, and performed “A Hard Rain’s A-Gonna Fall”) or to deliver his mandatory lecture (which was read by the American ambassador to Sweden instead). The announcement also created something of a cultural schism, with many feeling the award was inappropriate or misguided, while others felt, well, that it was about damn time.

I remain very much in the second group.

Four decades into my Bob Dylan fandom, I’ve got all the records, all the archival box sets, a healthy library of biographies and probably too many books of analysis.

I became a fan when I was a teenager. Naturally I bought a cassette of Bob Dylan’s Greatest Hits, but it was hearing “Tangled Up in Blue” on the radio that clinched it: “every one of them words rang true, And glowed like burning coal, Pouring off of every page, Like it was written in my soul.”

That was in the early to mid 80s — which many regard as the nadir of Dylan’s career — but I was hooked. I wrote my undergraduate thesis on “Tangled Up in Blue” and I await each new release with the urgency of a drug-addicted rat with a lever. I’ve also seen Dylan in concert a healthy number of times and I believe his 2020 tune “Murder Most Foul” is one of the greatest songs of the past decade.

But I’ve never really considered what was it about Dylan that hooked me so long ago, or why he’s still so important — personally, and to the culture at large — as he celebrates his 80th birthday on May 24.

As I consider the question — playing “Murder Most Foul” on repeat for the past several days — I’ve realized that the question of Dylan’s significance at a personal and cultural level boils down to the same answer: Dylan has always stood out of time, in ways which we don’t fully appreciate.

An Elder Disguised As a Peer

To fans like myself, that timelessness is obvious: I grew up hearing Dylan referred to as the voice of his generation. He was already an icon, a legend, the author of songs like “Blowin’ in the Wind” and “The Times They are A’Changin’;” a known quantity. Of course he seemed like an authority, if not a prophet.

But this also applies, more subtly, to the generation that came of age with Dylan. And it comes down to a matter of demographics.

Born Robert Allen Zimmerman in Hibbing, Minnesota on May 24, 1941, Dylan missed being part of the post-war baby boom by five years. While those five years might not seem significant in the grand scheme of things, they are crucial both in terms of twentieth century culture and of Dylan’s significance to it. Despite surface appearances, and the idea that Dylan was the voice of that generation, he was, in actuality, a member of the previous generational cohort: he was always, crucially, those five years, and a generation, ahead.

The result was that, for contemporary audiences, Dylan’s words took on an oracular, prophetic quality, and his journey through the late twentieth century helped shape that time-frame.

When he retreated to Woodstock, New York in the wake of his 1966 motorcycle accident, seeking a life outside the limelight of his celebrity, he helped inspire the back-to-the-land and hippie movements — despite having little patience for hippies. (His rural retreat also inspired the name and location of the Woodstock Festival, which was not, in fact, in Woodstock.)

Blood on the Tracks, one of the great break-up albums of all time, presaged the boom in divorce rates in the late 1970s (no, I’m not saying he created that boom — only that his personal divorce from first wife Sara Dylan in 1977 was on the leading edge of it, and the album reflected that).

That sense of leadership extends to those musicians who were inspired by Dylan’s example, a list which includes Neil Young, Bruce Springsteen, Joni Mitchell, and David Bowie. Dylan’s recording with The Band in Woodstock, later released as The Basement Tapes, helped shape the country-rock aesthetic and their influence continues to the present. Culturally, Dylan was always an elder disguised as a peer — a crucial distinction.

Bob Dylan Out of Time

That influence has continued on through subsequent generations, of course. Punk high priestess Patti Smith — who first met Dylan in 1974 — returned to live performance this past weekend with two New York concerts which served, in part, as tributes to Dylan on the eve of his birthday. Sinead O’Connor, Bono, Lucinda Williams, Jeff Tweedy, and Father John Misty all cite Dylan as an influence. Americana superstar Jason Isbell even has lyrics from “Boots of Spanish Leather” tattooed on his left forearm.

Of course, no amount of demographic influence would explain Dylan’s significance without the songs themselves.

Dylan has been, from his earliest recordings, a combination of scholar and savant, his work rooted in an ever-expanding knowledge of American folk and blues re-shaped into a style utterly unique to the artist himself. (That re-shaping can sometimes go too far: Dylan excuses charges of plagiarism with a nod to the folk tradition of common ownership and song-sharing.)

Dylan’s songs have become part of that American songbook, frequently covered by other artists. From Peter, Paul, and Mary’s “Blowin’ In the Wind” and Jimi Hendrix’s “All Along the Watchtower” (which Dylan himself feels is the definitive version) to Adele’s breakthrough version of “Make You Feel My Love” and Miley Cyrus’ breathtaking “You’re Gonna Make Me Lonesome When You Go,” to any number of sketchy open-mic theme nights at neighbourhood bars, Dylan covers have become an institution.

Some listeners even prefer the covers to the Dylan originals, a leaning which I can understand without agreeing with. (If you can find a copy of the four disc Chimes of Freedom collection, you should snap it up. Featuring artists ranging from K’naan to Bad Religion to the Kronos Quartet, it’s a jewel.)

No matter the form or variation, a Dylan composition is always recognizably his and, frequently, something greater. Songs like those already mentioned, and “Knockin’ on Heaven’s Door,” “Slow Train,” “Things Have Changed,” and dozens of others are sui generis: they feel like something ancient, something that has always been present, waiting for someone — Dylan — to unearth them, to bring them to light.

Which is why “Murder Most Foul” is so important. In his seventh decade as a writer and performer, Dylan unearthed another profound artifact — a 17-minute, largely shapeless opus rooted in a reimagining of the 1963 assassination of President John F. Kennedy, “led to the slaughter like a sacrificial lamb.”

The song then spreads out to incorporate the next 50 years of history, conspiracies, pop culture, and music. Lacking virtually any sense of melody or traditional song structure, the song feels prophetic and profound, a visit from an oracle, from a voice out of time. As he said in his acceptance speech for the Nobel Prize for Literature, “I return once again to Homer, who says, ‘Sing in me, O Muse, and through me tell the story.’”

Will it be the last great Dylan song? Only time will tell.

But as long as he keeps singing, I’ll keep listening.

Nostalgia: When Bob Dylan Went Electric In Front Of An Angry Folk Crowd

The Man Who Shot Bob Dylan