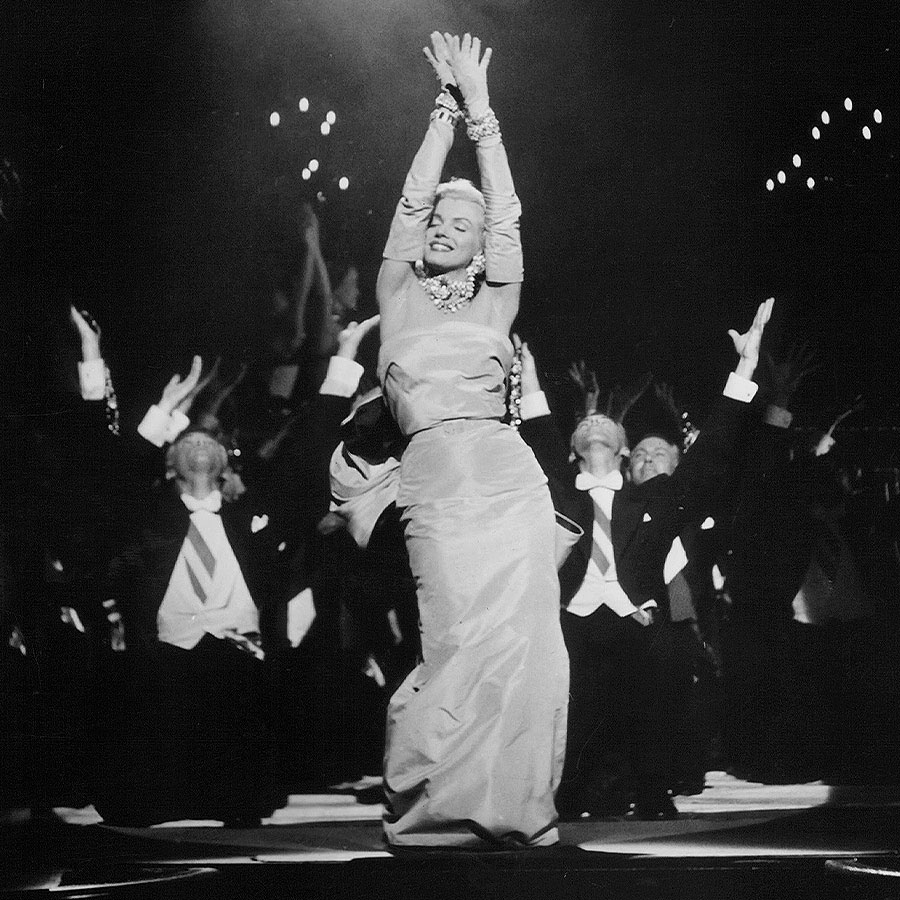 Marilyn Monroe was born 95 years ago today, on June 1, 1926. Here, we celebrate the silver screen legend with a few of our favourite musical clips from some of her most legendary films.

The blond curls, the red lips, the sultry voice and the smile that has captivated generations of fans — there’s only one Marilyn Monroe. The silver screen legend would have turned 95 today and, though she passed away in 1962, her legacy has not diminished.

But far from being just a pretty face, Monroe delivered a slew of now-legendary film performances, including multiple musical numbers.

So to mark what would have been her 95th birthday, we revisit a few of our favourite musical performances from some of her most memorable films.

“Diamonds Are A Girl’s Best Friend”

This number from Gentlemen Prefer Blondes (1953) — choreographed by the legendary dancer and choreographer Jack Cole — launched a thousand imitations over the years. But no one does it quite like Marilyn.

Monroe’s Vicky Parker steals the song — and the show — by steaming up the screen with “Heatwave” in There’s No Business Like Show Business (1954).

“I Wanna Be Loved By You”

Originally written for 1928 musical Good Boy, Monroe made this song one of her trademark tunes in Some Like it Hot (1959), one of the most celebrated American films of all time.

Some Like It Hot co-stars Tony Curtis and John Lemmon as musicians who attempt to escape the wrath of the mob by donning dresses. The pair join Monroe on instrumentals as she performs her now classic rendition of “Runnin’ Wild.”

Okay, it’s not a musical number. It is, however, one of the most iconic scenes in 20th century cinema. It’s hard not to think of Monroe without recalling her classic white dress billowing around her as a subway passes beneath the grate in The Seven Year Itch.

Cher at 75: Looking Back on Her Legendary Life and Career by the Numbers