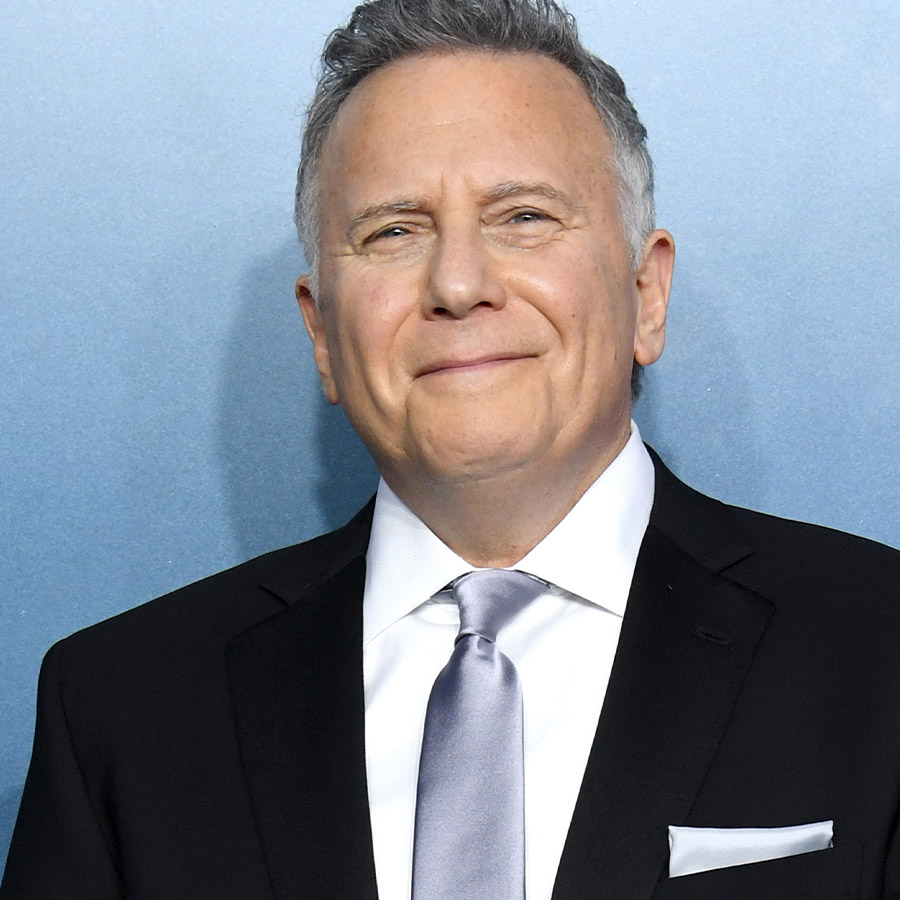 Paul Reiser, seen here at the Screen Actors Guild Awards in 2020, played a recurring character in Season 2 of 'The Kominsky Method' and now takes a central role in the show's third and final season. Photo: Jon Kopaloff / Getty Images

“Nobody wants to be less agile than we were 10 years ago. That’s not a goal. Nobody wants to wake up to pee more frequently,” comedian Paul Reiser quipped during a recent interview with Zoomer. “But you clock it and you go, ‘Alright, well, I guess I’m not the only person with these problems. And let’s have some fun with it.’”

The 65-year-old former Mad About You star was discussing the third, and final, season of The Kominsky Method, the hit Netflix comedy about aging and the friendship between acting coach Sandy Kominsky (Michael Douglas, 76) and his agent and best friend Norman Newlander (Alan Arkin, 87). Though Arkin did not return for the third season, which recently premiered on the streaming service, these final six episodes are rife with stories involving love, loss, weddings and funerals, as well as guest stars like Kathleen Turner, 66 — who first co-starred opposite Douglas 37 years ago in Romancing the Stone — as the actor’s ex-wife, Jane Seymour, 70, and Morgan Freeman, 84.

And, of course, Reiser himself takes centre stage as one half of the May-December romance between his character, Martin Schneider — who was aged up a decade via a bald cap and prosthetics — and Sandy’s daughter Mindy, played by actress Sarah Baker, 30.

Reiser and Baker both spoke to Zoomer about their characters’ love affair and why laughter and comedy are keys to aging well.

MIKE CRISOLAGO: What has the show taught you about the aging process?

SARAH BAKER: I guess for me …  it’s made me feel like, “Oh, you need to stay open to things.” Bad things will happen that will surprise you, but there are a lot of great things that can happen too. And you never truly know what’s around the corner.

MC: Paul, have you learned anything in that regard?

PAUL REISER: No, I stopped learning years ago. [Laughs] But I think that’s really the subtle, quiet beating heart of the show is how do you move along this trajectory we’re all going through? We all get older … and you deal with a lot of things as you get older. There’s health issues and people you love are more likely to pass away. But there are bits of surprises.

MC: And Paul, you’ve noted how they aged you up for the role. When you play older and come out of the aging make-up at the end of the day, do you feel more vibrant?

PR: [Laughs] No, I don’t have to “play” all that. I’ve been acting 80 since I was 23. So, that was not the effort. It’s a nice opportunity to look, with that bald makeup and prosthetics, and realize, “Oh, that’s a glimpse into the future. Very near future. Like four hours.” But it is nice when you take it off and go, “Wow, I look so wildly young and vibrant.”

MC: Your May-December relationship is such a great storyline on the show. What was it like for each of you to embark on that?

PR: Alan Arkin, the one scene I got to do with him last season, when he asked about the May-December, and I went “Why December?” and he goes, “Well, I look at you, I don’t see October.” [Laughs] It was a beautiful story point that hopefully people don’t feel it’s creepy. And then we … underscore that she made the first move and I was surprised. We were both sort of drawn to these quirky personality traits that we each had and were lucky to have found each other. So, I thought it was really sweet writing.

SB: That was a funny thing when [producer] Chuck [Lorre] said, “We’re going to get you [a love interest].” “Oh, okay. Do you have any idea about casting?” And he was like, “I think it’s going to be Paul Reiser.” And I was like, “Oh, okay, well, yeah, Paul’s a super handsome guy. Okay, great.” And he’s like, “Well, we’re gonna change that as much as we possibly can” [Laughs] … My struggle with Chuck was like, “This is a younger woman. Why does she think she’s not going to find anybody?” And I think for her, it’s more about how she’s seen these horrible relationships between her parents … And she’s such an independent and almost insulated person, I think it takes a lot for her to open herself up to be vulnerable, to be in a relationship with someone.

PR: But I’m so charming and appealing, I was able to break down that wall.

MC: Paul, you spoke to Chuck Lorre before you were cast and suggested doing a show like The Kominsky Method with him. At this point in your career, are there certain types of roles you’re looking for or are you just open to whatever is fun?

PR: When I said to him “Let’s do a show like this,” what I actually said was “Two guys sitting in a car — I can do that. I don’t have to run around. I don’t have to punch anybody in the head, or move quickly.” So those are my parameters. “Will there be a meal involved? Some scene in a restaurant? Because I’m dynamite with a fork, and sitting.” [Laughs] I wish I was joking but I’m really not. I just enjoy sitting.

MC: We often discuss the belief that humour and positivity are so important for aging well at any stage in life. How do you feel The Kominsky Method exemplifies that?

SB: I think comedy and humour is key to life … And I applaud a place like Netflix for doing a show like this, because there aren’t really a lot of shows that take on aging and take it on in a fun, funny way. And I think seeing with my own family, some of the sort of indignities of life, it’s like “What are you gonna do?” You’re going to laugh or you’re going to cry. So you might as well laugh. And it comes for all of us, so you might as well embrace it. What else can you do?

PR: Nobody wants to be less agile than we were 10 years ago. That’s not a goal. Nobody wants to wake up to pee more frequently. But you clock it and you go, “Alright, well, I guess I’m not the only person with these problems and let’s have some fun with it.” But I think a big part of the appeal of The Kominsky Method is it looks like actual life. People have lost and people have funny and cruel moments and tender moments and they’re not separated into separate categories — Tuesday is comedy, Wednesday is drama. No it’s not. It’s all that. And I think that’s why the show is as good as it is.

Season 3 of The Kominsky Method is available now on Netflix.

Mank, The Dig and Hollywood’s Ongoing Problem With Aging Down Female Characters