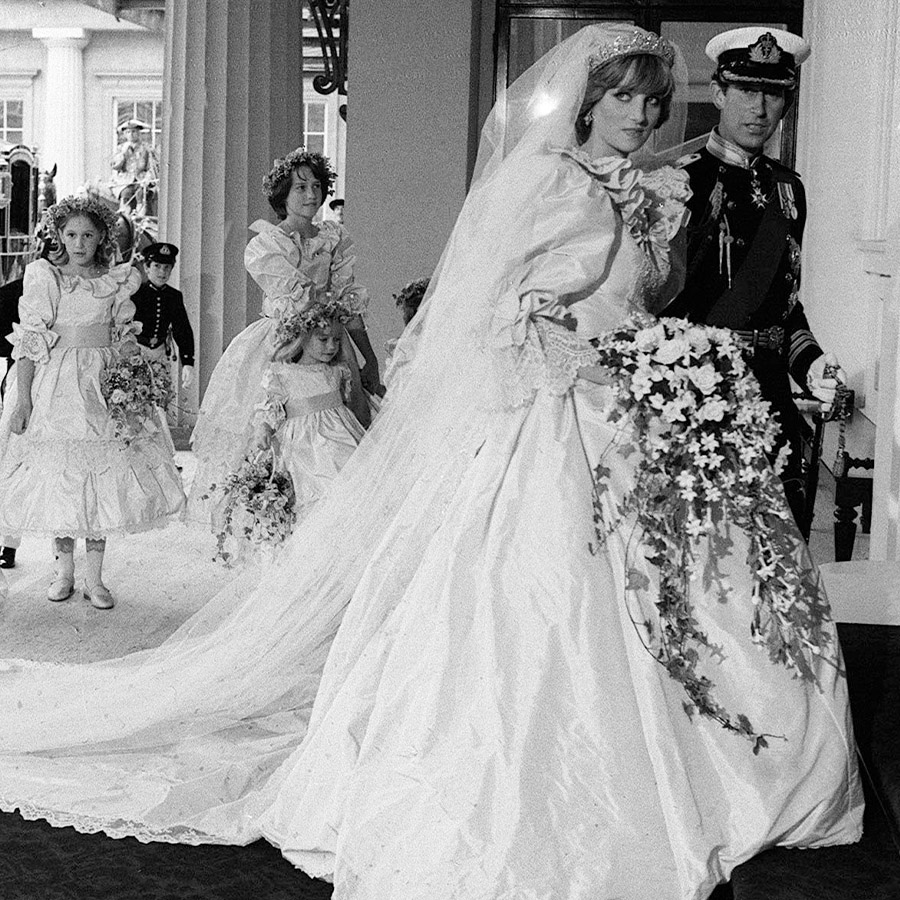 The voluminous ivory dress Princess Diana wore to marry Prince Charles in 1981 has gone on display at her former London home, as part of a new exhibition showcasing a selection of gowns worn by members of the Royal Family.

“Royal Style in the Making” looks at the works of designers and their royal clients, and features outfits created for Queen Elizabeth the Queen Mother, Princess Margaret and Diana, as well as sketches, fabric swatches and photographs from the Royal Ceremonial Dress Collection.

Among the most recognizable frocks is Diana’s taffeta and lace wedding gown, made up of a bodice, full skirt, puffed sleeves and 25-foot train. Designed by David and Elizabeth Emanuel, the dress is on loan from Diana’s sons, Princes William and Harry.

“But when you come to the exhibition what you appreciate are the details, the antique lace, the modern lace that was designed to imitate it, which lines the entire 25-foot long train, all of which is garnished with thousands of iridescent sequins so the whole dress sparkles.”

Among other items on show is a rare surviving toile for a gown worn by Queen Elizabeth the Queen Mother for King George VI’s coronation in 1937.

Storey said one of his favourite exhibits was a blue and gold 18th century style dress designed for Princess Margaret by stage designer Oliver Messel.

“She wore it to a costume ball at the Mansion House in 1964 in aid of one of her favourite charities, the St John ambulance,” he said.

The exhibition, which opened last week and runs until January, is at Kensington Palace, where Diana lived until her death in a Paris car crash in 1997.