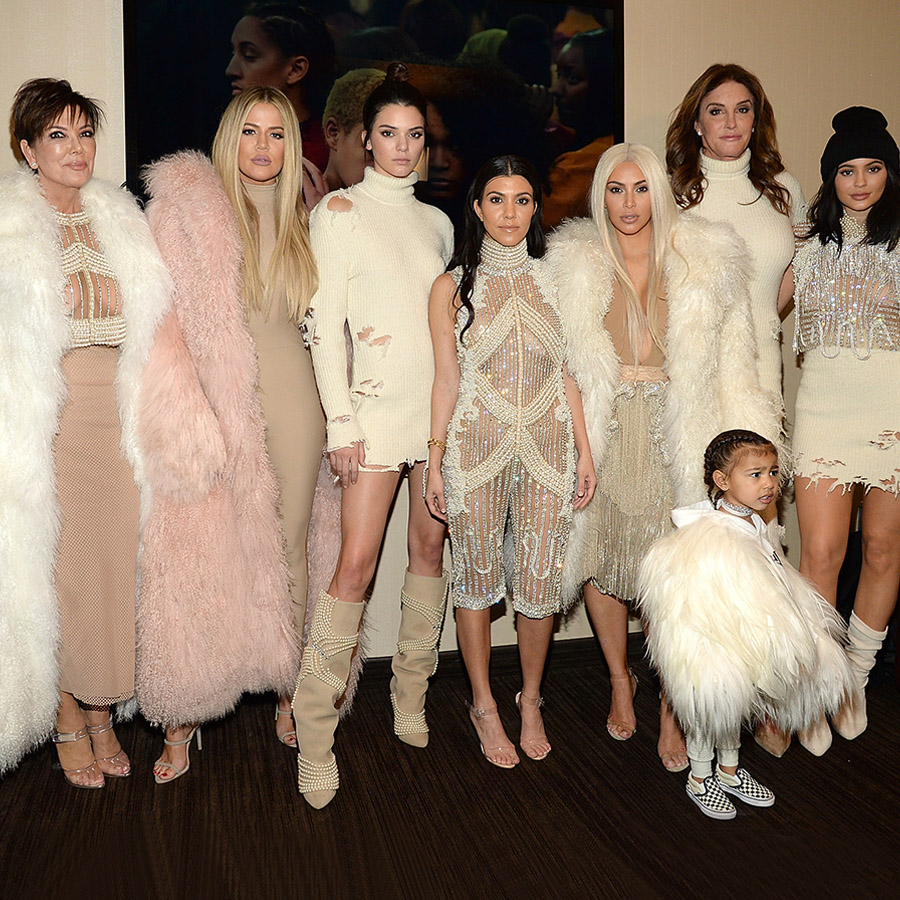 Love them or love-to-hate-them, the Kardashians don’t care. They will take your eyeballs — cha-ching! — on whatever platform they can. Their income-stream bases are all covered, thank you very much.

And while the hit E! reality series Keeping up With the Kardashians, ended last week after 20 seasons with a two-part finale, the famous family sits down with Bravo’s father-confessor, Andy Cohen, in a Real Housewives-style reunion episode Thursday. It’s part one of two, naturally, with the second instalment airing Sunday, because there is still juice to squeeze from those peachy sisters, their various romantic entanglements, their feuds, lavish parties and vacations — which received a predictable backlash as they continued in the time of COVID. Exhibit A: Kim’s over-the-top 40th birthday celebrations last October.

The end of the 20-season run — which began in 2007, though note that reality seasons don’t align with real calendar years, along with spinoffs in which various iterative combinations of the sisters “Take” Miami, New York or what-have-you — does not mean the end of the Kardashians in our collective faces. Even as ratings for the series slipped to record lows, we still “saw” the content from the episodes, carved up piecemeal as gossip and meme and fodder, across other media platforms.

With their virtual hammerlock on social media, their business empires and a new Hulu deal, the Kardashian Klan (sorry, had to) no longer needs the series that was their springboard — the cameras which followed their lightly scripted “normal” lives around their mansions, eating salads, and talking into generations of cellphones held in their talon-nailed hands. They also gave birth, got married, grieved cheating scandals and had face lifts and Botox on camera.

But picking at the Kardashians as “famous for being famous” is neither appropriate, nor true. I say, more power to them.

This is, instead, a look at what they have contributed (let’s take value attributions out of the conversation here, for the sake of argument) to the culture. Because they DID change the culture, altering the aesthetic and the discourse of our lives.

The entire Kardashian phenomenon was masterminded by the Teflon Momager, Kris Jenner, 65 — she of a thousand memes (generally along the lines of “The Devil works hard, but Kris Jenner works harder,” along with her hand-feeding the howling tabloid press some juicy new scrap of gossip about her brood).

With that in mind, here are four ways the Kardashians left their mark on us all:

It’s Kris Jenner’s World, We Just Live in It

Seldom has an impresario demonstrated better the motto that any publicity is good publicity. For an empire that began off the back of a leaked sex tape featuring her daughter, Kim, the secret ingredient of matriarch Momager Kris Jenner has been hard work.

Sure, she took 10 percent of the earnings of her brood, but she also cracked a mean whip. Jenner had the older three daughters, Kourtney, Kim and Khloe, out working rope lines at public appearances in malls for years before they “made” it. Remember, the girls had a dress shop, Dash, long before they were being dressed in couture in Paris (well, that is only Kim, really), or had closets lined with every colour of Birkin bag under the sun.

Kris knew, instinctively, that bad news is good news for ratings. She let every pimple show: from Khloe’s DUI to Rob’s depression; from Khloe’s first husband Lamar Odom’s decent into drug use and overdose to the cheating scandals around her current partner, Canadian-born basketball player Tristan Thompson; from Kim ugly crying losing an earring in the ocean to failing the baby bar exam to ending her third marriage — to troubled genius Kanye West — on air.

Bruce Jenner transitioned to Caitlyn Jenner before our eyes. Kris let all the seams metaphorically holding the barely-there outfits together show, while the siblings worked out their rivalries in direct-to-camera confessionals. What set KUWTK apart from the long, messy sea of reality franchises, though, is that we got to see inside Kris’s master plan for world domination. She wasn’t playing at this game; she came to conquer. That steely willpower gave the show gravitas, it made their lavish lifestyle and insane privilege almost relatable: Kris, still, will always want more, better, next.

A New Aesthetic is Born

It is not news that the Kardashian women look very different in 2021 than they did in 2007, and it is not simply down to aging. There is no surprise, given the transformational element of the show, that the biggest fortunes in the family have been made on makeup lines. From the time Kris had a facelift on air in the early days, the message the family was promoting was clear: cosmetic enhancements didn’t need to be hidden or secret any longer.

Then, with the onslaught of face filters on social media, the family was again at the forefront, tuning and tweaking their faces and bodies into even more cartoon-like effigies than they were from nips, tucks and shapewear.

Sure, the Kardashians and Jenner work out with personal trainers in the humongous gyms they have installed in their humongous mansions. And sure, they sometimes even let us believe that their bodies are sculpted by sweat alone. They are also guilty of setting physically impossible standards of hip to waist ratios.

But again, love it or hate it, these are the proportions that you will always equate with this era in Western civilization. That is a big (again, value judgment suspended here for argument’s sake), accomplishment. They invented a sub-genre of fashion just to show off these Uber-Barbie measurements, incorporating Latex and rubber into the modern fashion vernacular.

As for the beauty world, and the products they are actually selling to the public and reaping billions by doing so, the Kardashians have been enormously influential. Thick, stencilled brows, a “baked on” mask of foundation, the miracle of contouring and, of course, lips plumped into extreme pillows — off of which, with her first lip kit product, younger sister Kylie Jenner infamously built a billion-dollar cosmetics company. The Kardashians invented the concept of fake photo shoots, wherein you get a glam squad to do full-on hair and makeup in order to pose for both personal photo shoots and sponsored Instagram posts.

There is, however, another element to the Kardashian look that needs addressing. I’m not qualified to do so, so I will include a quote from February’s Allure magazine by Lauren Michele Jackson, who wrote a book called White Negroes, in which she talks about how Kim, in particular, embodies current elements of the race conversation in America. She cites the concept of “metachrosis,” which is when animals change colour voluntarily.

Remember, the Kardashians are Armenian on their father’s side and thus, as Jackson says, relatively “exotic.” “Kim’s distance from whiteness, however relative, made her a person of interest and revulsion — that is, a desirable person,” writes Jackson. “Kim’s particular fame derives from a cherished place in the American racial imagination that, combined with wealth, prevents contact with the deathly effects of brownness in this country, while reaping the exoticism of not-quite-whiteness.”

Jackson goes on to say that one minute Kim has white-blonde hair and the next she is browned and facing accusations of blackface (which they dealt with on the show). Several of the sisters (we’re looking at you Kylie), over time, have worn cornrows and dreadlocks and faced criticism for appropriation. Then there is the fact Kim, Khloe, Rob and Kylie have mixed race children. This has been something they have been lauded for normalizing in the larger cultural conversation.

I like to use my husband as a sounding board on pop culture. He has no idea about any of this stuff — it just doesn’t register for him. So when I asked him what he knew about the Kardashians, he was only aware of three of the four basketball players that had married/dated the family (Lamar and Khloe, the short-lived marriage of Kris Humphries to Kim, Tristan and Khloe, and Blake Griffin and Kendall). The rappers, he had no clue about (Kanye, of course, with Kim, and Travis Scott, father of Kylie’s daughter Stormi, who now appears to be back in the frame, btw).

The blood and guts of the Kardashian-Jenner romances have had some good public effect: the family’s dramas and traumas have a collective kind of cathartic effect. It is the same reason I’ve always been drawn to soap operas, which is that I could always find someone’s life that was more screwed up and tawdry than my own! (Another soap opera truth that is also at play in Kardashian world: The truth will always come out. It just does. Forget that at your peril.)

So the sex tapes, the cheating scandals, Kendall offering police officers Pepsi in a commercial, Scott and Kourtney’s classic will-they-or-wont-they game: all of it has helped us to learn to weather storms.

Especially now, in a climate where people get cancelled as fast as you can change a channel, for the Kardashians and the Teflon that Kris has sprayed all over them, the simple act of not caring what people think is instructive.

Kim made a real life difference by campaigning to free prisoners Alice Marie Johnson, Momolu Stewart, Crystal Munoz, Judith Negron, Tynice Hall and a number of others — some of whom, the BBC notes — “were jailed for drug-related and white collar crimes.” This included going to the White House and lobbying then-President Trump to commute the sentences.

This activism was the spark that led her to work towards becoming a lawyer, like her father, Robert Kardashian Sr., one of the attorneys who defended O.J. Simpson. Thus, in the arc of the series, we see Kim go from being Paris Hilton’s assistant to the victim of a sex-tape scandal to a reality star who breaks the internet with her butt (Paper magazine, 2014), to a billionaire makeup and shapewear mogul, to an aspiring attorney. That is a helluva transformation, and you cannot take the admiration for that hustle away from her.

All of the sisters have pursued their own business ventures, and together they do represent a new kind of female business success story. Make fun of the diet shakes they flogged along the way, but they are now earning big, led by Kris’s steady hand, turning reality fame and Instagram followers into cold, hard cash through the matriarch’s mysterious alchemy.

Meanwhile, the transition of Caitlyn Jenner, from male Olympian to trans female advocate, and the family’s sympathetic and textured human reaction to the whole process, is another example of how they helped America work through the issues many families are facing.

Now, in the end, with her embrace of Trump and somewhat dubious “anti-cancel culture” platform in her bid to become California governor, Caitlyn has become somewhat problematic.

But again, you can’t take the breakthrough the show made out of the tally of its legacy.