How Canadian TikTok Sensation William White, 21, Lip-Synched His Way Into the Hearts of Women Over 50 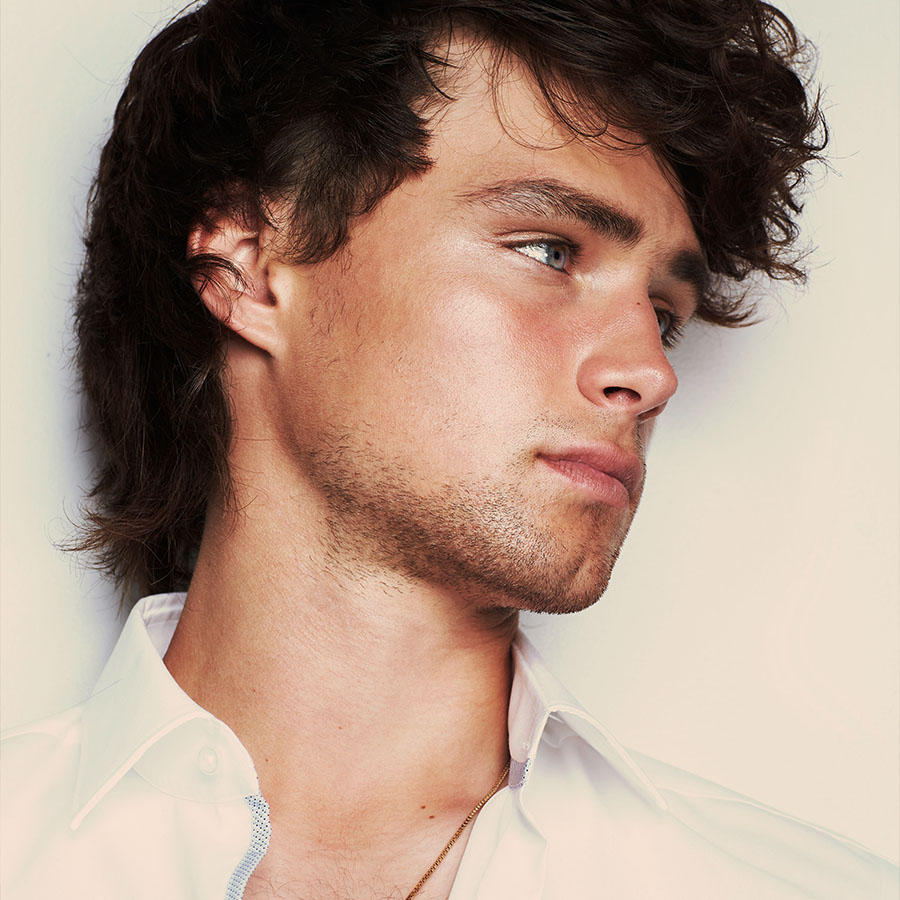 William White, 21, is a Canadian landscaper-turned-model whose lip-synching videos to classic tunes on TikTok have made him a viral sensation. Photo: Chris Nicholls

He’s not a great lip-syncher, as he barely enunciates. Plus, anyone can do that — sing along to a song. Rather, it’s the bedroom eyes and smiles, the flirty winks and heavenward glances.

One of those viral phenoms who takes off on pure charm (and good looks), combined with a magical mining of the zeitgeist, William White has hit the social media jackpot.

A 21-year-old Canadian former AAA hockey player-turned-landscaper, White rightly assessed his more obvious gifts a year and a half ago and began posting videos of himself lip-synching on TikTok in the hope of amassing a fan base that would lift him out of his life in hometown Ottawa and into the more glittering realm of fame.

But it wasn’t until he started working his way through retro love songs — classics by Fleetwood Mac, Randy Newman, and Journey, with Barry Manilow’s “Mandy” being a particular fave — that things took off. And fast.

Having switched up his playlist to music his dad had introduced him to, White’s account blew up over Memorial Day weekend. With viewers from Germany, Australia, Scotland and elsewhere tuning in, his TikTok followers jumped from 140,000 to 1.4 million. His most fervent fanbase? Women over 50.

By mid-June, the hashtag #whiteyy18 had over 105 million views fuelled by a deluge of besotted 50-somethings reliving their high school days. Sharing White’s clips. Posting split-screen duets with him. Uploading teary-eyed clips of themselves describing how the Ottawa dreamboat had transported them back to better days.

“I miss the person I used to be before I lost myself in my husband and my children and the stresses of life,” lamented one, holding up her prom photo. Another TikTok user commented, “We are all Mandy now,” while Barry Manilow himself chimed in on Facebook and Instagram with, “We see you, William White.”

A perfect pastiche of the ’80s blue-eyed, tousle-haired heartthrobs, Rob Lowe 2.0 in ball caps and varsity hoodies, White was every girl’s fantasy high school boyfriend — with the songs that went with it. The aspiring model faux crooning the AM radio hits proves an irresistible nostalgia fest for women who’d been teenagers during The Breakfast Club era.

A retroactive Tigerbeat love affair, the perfect mixed tape in video form, White’s lady followers donated money to the PayPal account he had on his profile, eager to help him follow his cover boy dreams (see a compilation of some of his greatest TikTok hits in the video below).

Guilelessly explaining to a CHFI radio host how he’d longed to be famous (“It’s always been my goal”), White credited his father for “showing me these songs” and batted off the idea that all the cougar attention was uncomfortable. “I’m an old soul in this little kid body, so I get it.”

“I’m just so happy that what I’m doing is bringing them back to their past and making them smile again,” White recently told Zoomer of his newly minted high profile. “The attention has definitely been overwhelming but I’ve had a great time making these videos and all the positive messages from my fans is beauty.”

That’s how he talks — like a laid-back surfer dude. “Together we’re spreading such a positive message and creating a huge community. The amount of love and support is unbelievable.”

Sure is. White has since quit his job as a landscaper and been working with prestige fashion brands.

“Oh my, isn’t he the cutest? We’ve been doing a few things with him,” says Dawn Bellini, VP Marketing & PR at Hugo Boss Canada. “His agency, Mode Models International, asked us to send clothes for a shoot and it just blossomed from there. I sent him a huge box today for his New York Times ‘Live’ interview with Taylor Lorenz on Friday. My bet is he moves to New York and becomes a huge TV star.”

And why not? After all, a happy ending is something to sing — or lip-synch — about.

Paul Anka Turns 79: Revisiting The Life and Legacy of the Famed Canadian Crooner