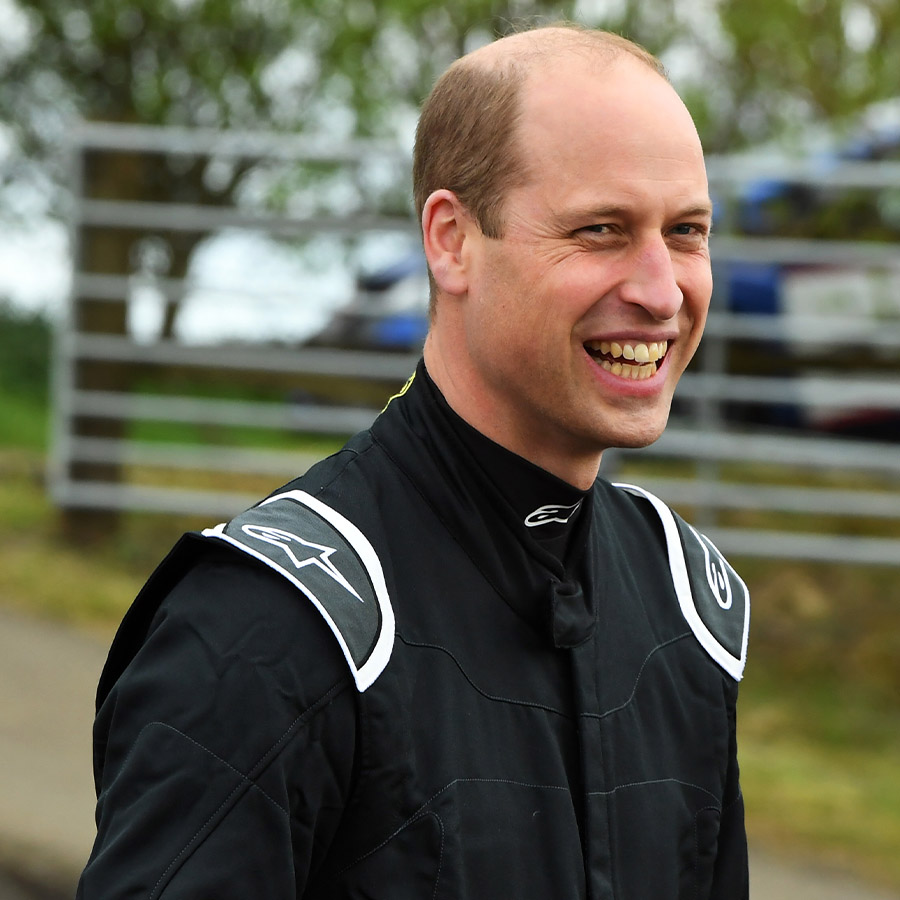 Queen Elizabeth celebrated  Prince William's birthday by sharing some of her favourite photos of her grandson on twitter, including this photo of William at the Knockhill Racing Circuit in May. Photo: Andy Buchanan/WPA Pool/Getty Images

Prince William received warm wishes from his father and grandmother on his 39th birthday Monday, just a day after celebrating Father’s Day.

Birthdays have become an occasion for the Royal Family to share rare glimpses into the more private moments of their lives on social media.

Charles, Prince of Wales, looked every bit the doting father in a candid black and white snap of William, his first born, sitting on his lap in a post shared to the Clarence House instagram and twitter account.

“Wishing The Duke of Cambridge a very Happy Birthday today!” the caption read.

The post also included a more recent photo of Camilla, Duchess of Cornwall, Prince William and Prince Charles smiling from ear to ear at an event.

On the official Royal Family Twitter account, the Queen wished her grandson  happy birthday with a series of four photos that highlight his devotion to family life and royal duty.

William then took to social media himself to thank friends, family and followers for the well-wishes.

“Thank you for all the birthday wishes and kind messages,” he said on the official Duke and Duchess of Cambridge Instagram and Twitter accounts.

Prince William certainly had a unique year. Since taking a collective pause to mourn the death of his grandfather Prince Philip in April, he has followed the Queen’s lead in his return to duty. The pandemic, which saw him and his father both contract the virus last year, continues to lead him down new avenues with his work. From broadening his work in mental health to include front line health-care workers and others affected by the pandemic to a recent socially conscious tour of Scotland that included hosting a special drive-in screening of Disney’s Cruella for National Health Service staff, he and Kate have both ensured that their work remains meaningful and reflect the times.

The pandemic has also seen the couple explore new mediums of communication, from Zoom to the recent launch of their own YouTube channel.

On Sunday, the pair took to instagram with a special Father’s Day video tribute, sharing four family snaps, including a never-before-seen photo of Prince William wearing a ceremonial uniform alongside his three children, George, 7, Charlotte,6,  and Louis, 3.

A post shared by Duke and Duchess of Cambridge (@dukeandduchessofcambridge)

Prince Charles — who marked his first Father’s Day since the passing of his father, Prince Philip — and Camilla posted a special tribute via Instagram to all fathers, which included a childhood photo of Charles with Prince Philip and a pair of Camilla with her father, Bruce Shand, who died in 2006.

“To all Papas everywhere, and to those who may be missing their Dads today, we are thinking of you and wishing you a special Father’s Day,” the post read.

The Queen also marked Father’s Day with a candid shot of herself, her father, King George VI and Prince Philip watching a young Prince Charles sitting on a statue. The photo, which was shared to The Royal Family twitter account, was taken during a summer holiday in Balmoral Scotland in 1951.

“To all dads everywhere, we wish you a very special Father’s Day,” the photo’s caption read.