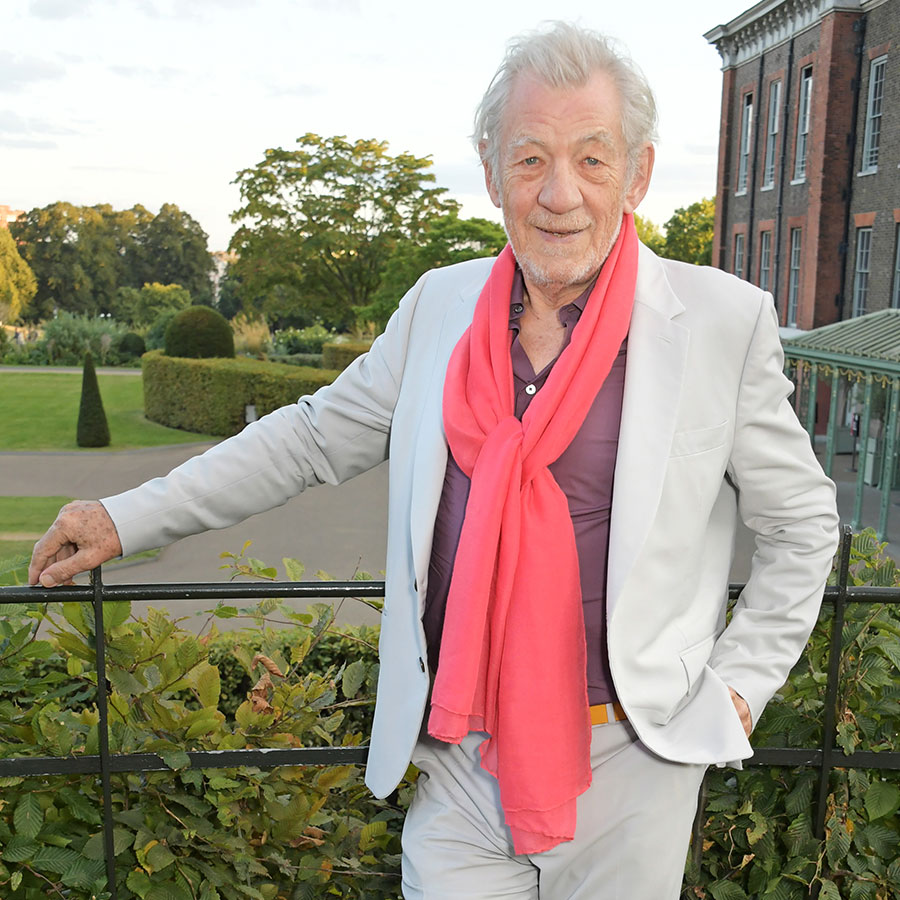 In William Shakespeare’s poem “Seven Ages of Man,” from As You Like It, the playwright declared that “one man in his time plays many parts,” from the first age (“the infant, mewling and puking in the nurse’s arms”) to the seventh (“Last scene of all, that ends this strange eventful history, is second childishness and mere oblivion; sans teeth, sans eyes, sans taste, sans everything.”)

But the Bard never counted on an eighth age — or, perhaps, more appropriately, “age 82”: that in which a celebrated octogenarian actor slips into the skin of one of Shakespeare’s most famous, and youngest, princes.

This week, Sir Ian McKellen — who turned 82 on May 25 — kicked off a run as the eponymous prince of Denmark in a Theatre Royal Windsor production of Hamlet described as a “reimagined age, colour and gender-blind production of Shakespeare’s unrelenting tale of madness, revenge and death.”

It’s a return to a part that the seven-time Olivier Award-winner first portrayed 50 years ago in a 1971 U.K. production, when he was much closer to Hamlet’s scripted age of 30. And the actor, in a recent interview with the BBC radio show Front Row, noted that when the current production’s director — and frequent McKellen collaborator — Sean Mathias approached him about a role, he thought it was to play the part of the much older Polonius.

“There was a pause,” McKellen noted when he was told that, instead, he’d be playing the Prince of Denmark. “I thought ‘That sounds like a bit of a silly idea.’ And then I thought, no if that’s what you want to do, if you want to just say at the beginning of the show: ‘Here is a group of actors — all sizes, shapes and ages, and colours and ethnicities, and experience — and we’re going to tell the old familiar story, but perhaps not in the old familiar way’, that seemed to me an adventure worth going on.”

Of course, an actor of McKellen’s age and stature would more traditionally be considered for the role of an older lead, like King Lear. And ironically, in 2017, McKellen played Lear and told Front Row back then that it was likely his “last big Shakespeare part.” And, at 78 at the time, there was no reason for him to ever think that Hamlet might come calling in a few years.

In a recent interview with The Guardian, McKellen noted that “When I was young I was always playing old parts. And, of course, I was having to imagine it. Because what does ‘old’ mean? I had no idea! Now that I’m old I do know. And I also know what it’s like to be young. Because as you get older, inside, you’re ageless. Inside? Quite honestly? I feel about 12.”

Generally speaking, gender and colour-blind casting is more common in major Shakespearean productions than age-blind casting. Actress Charlotte Charke played Hamlet as far back as the 18th century and many women have portrayed the Prince of Denmark since — including Ethiopian-born actress Ruth Negga in a production in 2018.

As well, British actor David Oyelowo, whose film roles include a lauded performance as Martin Luther King Jr. in the 2014 film Selma — played the titular role in a 2000 production of Henry VI, while legendary Oscar, Emmy and Tony winner Glenda Jackson played King Lear on Broadway at age 82 in 2019.

“When we’re born, we teach babies … to be boys or girls,” Jackson told NPR in 2019. “As we get older, those absolute barriers that define gender begin to crack.”

Meanwhile, when it comes to McKellen’s Hamlet, the idea of age isn’t the only aspect of the character that the actor is exploring. The actor, who came out as gay in 1988, also noted in his Front Row interview his belief that the character of Hamlet is bisexual, which has long been a topic of discussion about the character.

The production runs through Sept. 4, but at this time no online streaming options are available.

Sir Ian McKellen: Human Rights Should Not “Be a Matter of a Referendum”