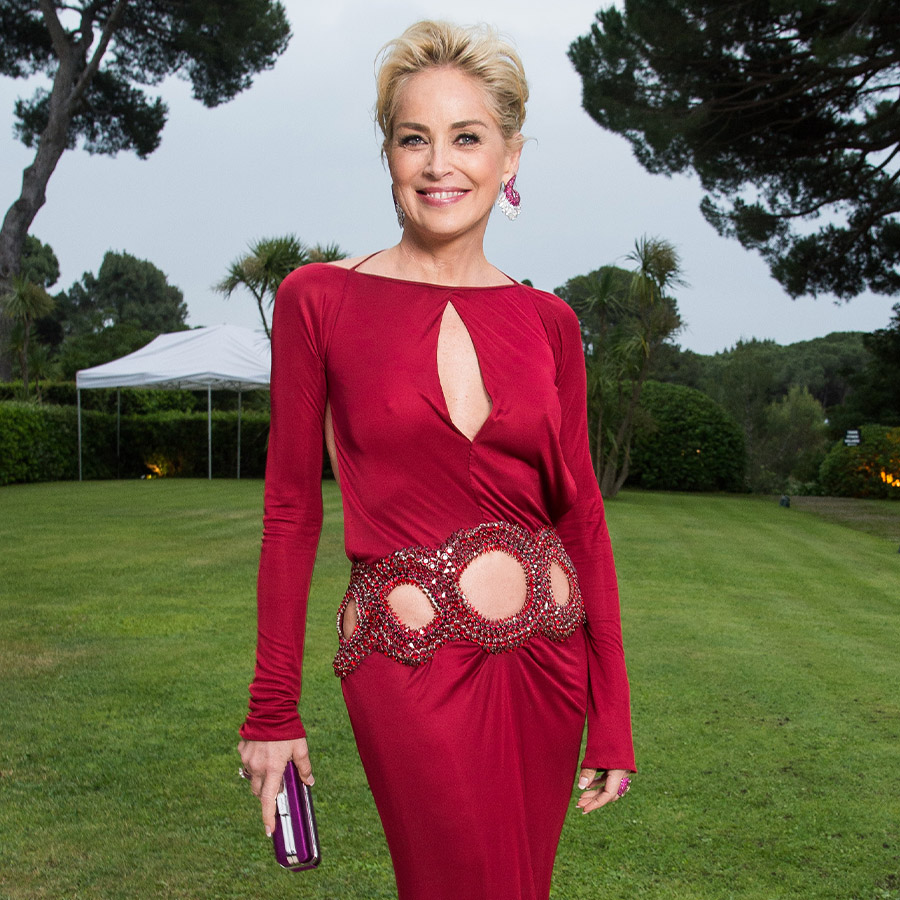 Actress Sharon Stone went viral on Wednesday when comments she made in a recent Zoomer magazine cover story about Meryl Streep and how women are pitted against each other were picked up on social media and in the mainstream press. Photo: Pascal Le Segretain/amfAR14/WireImage via Getty Images

UPDATE: Sharon Stone has responded after comments she made about Meryl Streep and women in Hollywood in a recent Zoomer cover story went viral starting on Tuesday evening.

This afternoon Stone posted two statements to her social media pages. The first read: “To be clear; Meryl Streep is one of the greatest actors of all times. Just not to the exclusion of others. Sharon Stone”

In the second, she added: “What I actually spoke about yesterday was SINGLE PARENT ADOPTION RIGHTS IN ITALY. The Meryl story is just a political distraction from reality. Thx for your understanding of media.”

Actress Sharon Stone went viral today when comments she made in Zoomer’s April/May 2021 cover story concerning Meryl Streep, 72, and the reverence she receives from those in and out of Hollywood were picked up and shared on social media and in the press.

The comments in question were made to journalist Johanna Schneller during a discussion of her new memoir The Beauty of Living Twice, in which the 63-year-old actress noted that people inside and out of Hollywood pit women against each other.

At one point, Schneller begins a question with, “So when you finally got to work with Meryl Streep, you realized —.”

Stone goes on to say that, “Because that’s the way her life went, she got built up to be, ‘Everyone wants to work with Meryl. I wonder if she likes that?”

Schneller attempts to interject at various points, but Stone continues.

“The way you structured the question is very much the answer to the question. The business was set up that we should all envy and admire Meryl because only Meryl got to be the good one. And everyone should compete against Meryl. I think Meryl is an amazingly wonderful woman and actress. But in my opinion, quite frankly, there are other actresses equally as talented as Meryl Streep. The whole Meryl Streep iconography is part of what Hollywood does to women … Viola Davis is every bit the actress Meryl Streep is. Emma Thompson. Judy Davis. Olivia Colman. Kate Winslet, for f***’s sake. But you say Meryl and everybody falls on the floor.”

The actress adds that, “I’m a much better villain than Meryl and I’m sure she’d say so. Meryl was not gonna be good in Basic Instinct or in Casino [the latter of which earned Stone an Oscar nomination]. I would be better. And I know it. And she knows it. But we’re all set up to think that only Meryl is so amazing, that when you say her name, it must have been amazing for me to work with her.

“That phrasing has been taught,” Stone says. “We’ve been taught that everybody doesn’t get a seat at the table. Once one is chosen, nobody else can get in there.”

Stone’s comments, picked up from the digital version of the story, started spreading through social media on Tuesday.

Eventually, countless outlets ranging from People and CNN to Newsweek, ET Canada, E! Online, Buzzfeed News, the Huffington Post, the Daily Mail and Elle U.K. all picked it up.

Some outlets, such as the Daily Mail, went for the more sensational focus, honing in on Stone’s comments about Streep, like “you say ‘Meryl’ and everyone falls on the floor,” while burying the bigger discussion about pitting women against each other.

Others, such as the Huffington Post (“Sharon Stone Bashes Hollywood’s Treatment Of Women: ‘Only Meryl Got To Be The Good One’”) and Buzzfeed News (“Sharon Stone Shut Down A Question About Working With Meryl Streep and Opened Up A Conversation About ‘What Hollywood Does To Women’”) added the missing context.

In fact, the same Buzzfeed News story noted that Ma Rainey’s Black Bottom star Viola Davis, 55 — who is also the first and only African-American to win the “Triple Crown of Acting” (an Oscar, Emmy and Tony Award) — spoke out at a 2018 event about being compared to Meryl Streep but not receiving the same opportunities or compensation.

“I have a career that’s probably comparable to Meryl Streep, Julianne Moore, Sigourney Weaver. They had the same path as me, and yet I am nowhere near them. Not as far as money, not as far as job opportunities — nowhere close to it.