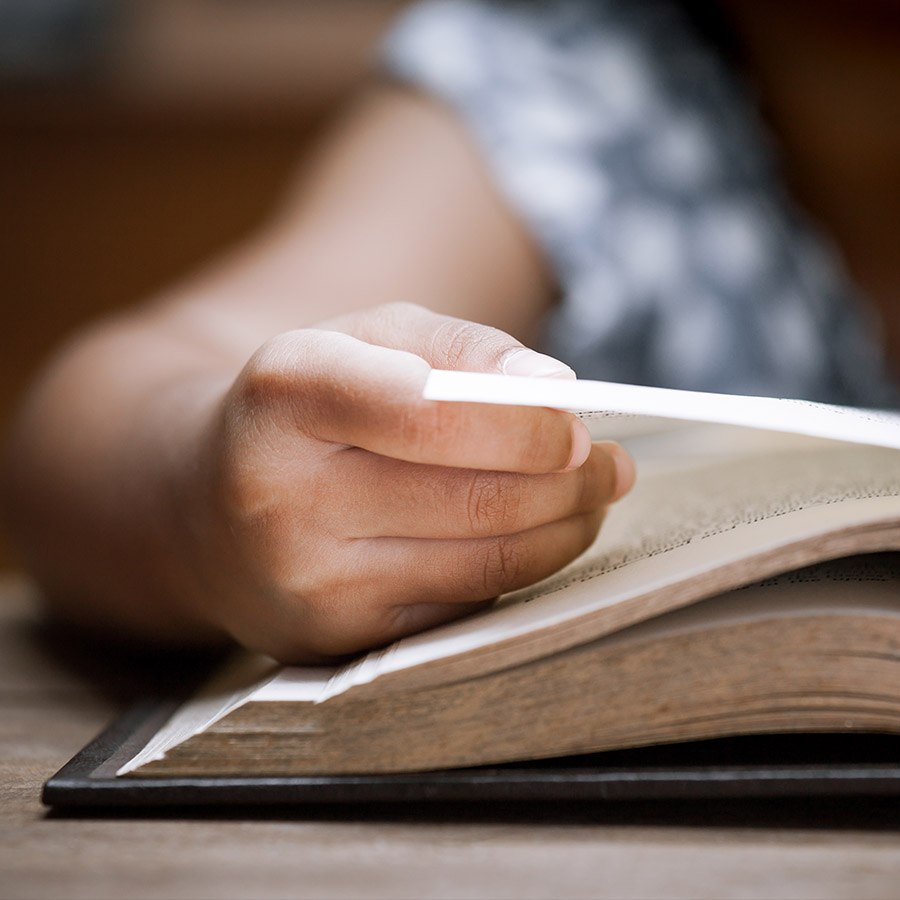 Michelle Coupal, a Canada Chair in Truth, Reconciliation and Indigenous Literatures, advocates for teaching residential school narratives “as stories that probe our colonial present and the possibility of a more just future.” Photo: Sasiistock/GettyImages

There is a growing body of literature — novels, memoirs, poetry, graphic novels, picture books — through which Indigenous writers are giving voice and agency to the experiences and histories of Indian residential schooling in Canada.

The ethical teaching of residential school narratives can be thought of as a relational process that requires consultation and accountability.

Rather than view residential school literature as primarily concerned with past history, I want to advocate for the importance of teaching these narratives as stories that probe our colonial present and the possibility of a more just future.

And Mi’kmaq lawyer and professor Pam Palmater suggests that “the abuse did not end with the closing of the last residential school in 1996. Today, there are more Indigenous children forcibly removed from their parents and placed into foster care than at the height of the residential school era.”

Following the release in 2015 of 94 Calls to Action by the Truth and Reconciliation Commission of Canada, educators across the country — most of whom are not Indigenous — were tasked with the urgent imperative to bring the history and legacies of residential schooling into the classroom. Many teachers chose to respond through story by teaching residential school literature.

In this context, it’s important to ask:

How can we teach residential school literature in culturally responsive ways?

What do we owe the survivors of residential schooling who have gifted their stories to us?

How do we bring our hearts, minds, bodies and spirits into dialogue with genocide?

Building accountability into the practice of reading and teaching these often intensely personal and traumatic stories can be fostered through consultation and engagement with Indigenous communities.

Accountability also requires that we immerse ourselves fully in the material on its own sovereign terms and in all of its depth and complexity. We need to be ethical witnesses, and we need to ask what the stories teach us about our present.

My students created and contributed to a Facebook page, Indian Residential Schools in Canada: Literature, Art, Media over the past years. This page is an example of how to engage students in the material in meaningful ways that promote an ongoing dialogue about truth, reconciliation and colonialism in Canada.

This dialogue is critical, and key to it is that we keep thinking and reading about residential schools in the present day and for the future. These are in many ways stories of our time. It’s the guise that has changed. And without radical decolonization in this country, these are stories of our future.

The Marrow Thieves by Cherie Dimaline

In February, 2018, one day after the acquittal of Gerald Stanley for the murder of Colten Boushie, Métis writer and author of The Marrow Thieves Cherie Dimaline tweeted:

“I wrote a book about Indigenous people being considered not human, being considered ‘things’ at the hands of a colonial Canada. I thought I was writing about a potential future. #justiceforcolten #themarrowthieves @canadareads.”

The Marrow Thieves is a young-adult novel set forty years into the future. In the wake of environmental disaster, Indigenous peoples are being captured and sent to residential schools. They are being hunted and killed for their bone marrow, which allows non-Indigenous people, who have all lost their ability to dream, to dream again and, thus, to imagine again.

Cree poet Billy-Ray Belcourt asks, “What is an NDN if not the ceiling of a country’s political imagination?” In The Marrow Thieves, the political ceiling is high.

The limit of the colonial imagination is the cannibalistic harvesting of Indigenous bodies to support non-Indigenous nation-state survival.

There is an inevitability to the narrative arc of the novel that suggests that it is as realistic to imagine a future of ecological devastation as it is to imagine a future of residential schools — a future where Indigenous peoples continue to be hunted down, like Colten Boushie, because they are considered somehow less than human by colonial Canada.

An inquest into the seven youths’ deaths found that First Nations people in Thunder Bay “are often treated as less than worthy victims” and exposed systemic problems surrounding supports for the youth and responses to their deaths.

A civilian police review body found in December 2018 that police failed to adequately investigate the deaths of nine Indigenous people in Thunder Bay, including four youths discussed in Talaga’s book, at least in part because of racist attitudes and stereotyping.

The seven fallen feathers were all from communities in northern Ontario. Because of the refusal of the government to adequately fund on-reserve education, Indigenous young people are frequently unable to complete a high-school education in their communities. They must go south, far from their homes, to what is often a hostile and culturally unfamiliar place.

Remember that Thunder Bay is where a young white man, Brayden Bushby, was convicted of manslaughter for throwing a metal trailer hitch from a moving vehicle at an Indigenous woman, Barbara Kentner, who was simply walking by. She was hospitalized and died from her injuries about six months after being attacked.

The violent deaths of Barbara Kentner and Colten Boushie remind us that in present-day Canada, it’s threatening and even perilous for Indigenous people to walk around.

Talaga thus draws important connections to the assimilative system that stole generations of children to obliterate any traces of their identities as self-determining and self-sustaining peoples with a wealth of languages, knowledge systems and cultural traditions.

Dimaline’s and Talaga’s books teach us that versions of residential schooling exist not only in the present, but also in the future if Canada does not take seriously and implement the United Nations Declaration on the Rights of Indigenous Peoples.

This article was originally published in 2020.

Michelle Coupal, Canada Research Chair in Truth, Reconciliation and Indigenous Literatures and Associate Professor in the Department of English at the University of Regina.