‘The Crown’ Continues Its Reign, Oprah’s Harry and Meghan Interview Gets a Nod and Other Takeaways From the 2021 Emmy Nominations 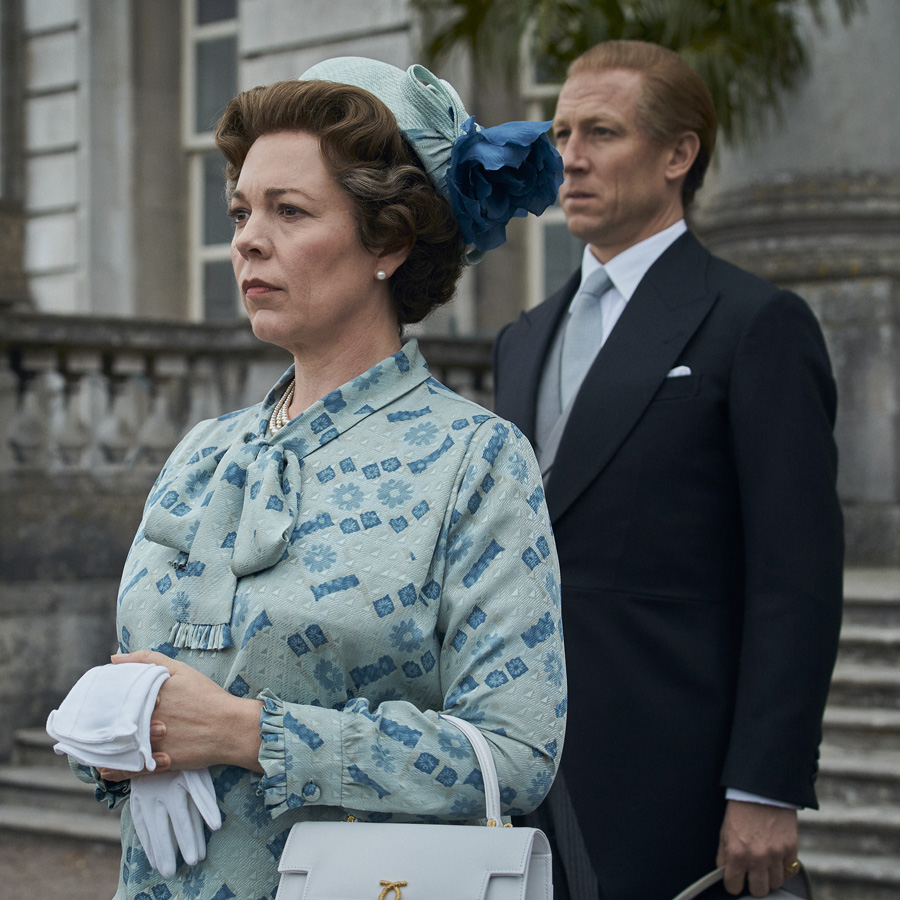 Olivia Colman as Queen Elizabeth II and Tobias Menzies as Prince Philip in Season 4 of 'The Crown.' Both stars, along with multiple other cast members, received 2021 Emmy nominations for their roles on the hit Netflix series. Photo: Liam Daniel / Netflix

The British Royal Family and a bounty hunter from a galaxy far, far away lead the 2021 Primetime Emmy Award nominations.

The fourth season of The Crown tied with the second season of The Mandalorian for most Emmy nominations this year with 24, including competing in the Outstanding Drama Series category. And that’s in addition to the real-life Oprah With Meghan and Harry: A CBS Primetime Special also landing an Emmy nomination.

But overall, this year’s Emmy nods — a complete rundown of which you can read here — also feature a number of new faces, older entertainment legends and two history-making nominations. They also tell us a lot about our own television viewing habits during the ongoing pandemic. Here, five takeaways from the 2021 Emmy nominations.

The Royal Family — both the real people and their “based on real life” dramatic TV counterparts — proved immensely popular on television this year, both with views and Emmy voters.

To start, the Oprah With Meghan and Harry: A CBS Primetime Special interview that aired in March — and which featured jaw-dropping revelations about everything from Markle’s mental health and lack of support she received to concern within the Royal Family about Archie’s skin colour — nabbed a nomination for Outstanding Hosted Nonfiction Series Or Special.

In addition, season four of the hit Netflix series The Crown landed 24 nominations including:

Perhaps it’s no surprise that, in the midst of a pandemic, television shows that take us out of our own reality and transport us to a time before the term “COVID-19” existed have proven so popular.

Among the various Emmy nominees this year are 14 shows that are either period pieces, boast a retro aesthetic or are callbacks to films/TV shows of a bygone era. They include: Bridgerton, Cobra Kai, The Crown, Genius: Aretha, Halston, Hamilton, Lovecraft Country, The Mandalorian, Pen15, Perry Mason, Pose, The Queen’s Gambit, The Underground Railroad, and WandaVision.

And while they all provide their own drama, the nature of such shows allows us to detach from reality in ways that shows set in modern times — especially ones that feature characters dealing with the pandemic in their television universe — just can’t.

But the nomination of actress Mj Rodriguez for Outstanding Actress in a Drama Series for Pose made Emmy history as the 30-year-old is now the first transgender woman to ever receive a nomination in a major Emmy acting category. Laverne Cox received four nominations for her work on Orange is the New Black between 2014 and 2020, but all were in the Outstanding Guest Actress in a Drama Series category. As well, in 2020, actress Rain Valdez received a nomination for Outstanding Actress in a Short Form Comedy or Drama Series for her web series Razor Tongue. Neither won their respective awards, though Cox did earn a Daytime Emmy Award for the documentary Laverne Cox Presents: The T Word, making her the first transgender woman to win a Daytime Emmy Award as an executive producer.

Rodriguez told Variety that, “I do believe this is a pivotal moment. There’s never been a trans woman who has been nominated as a leading outstanding actress and I feel like that pushes the needle forward so much for now the door to be knocked down for so many people — whether they be male or trans female, gender nonconforming, LGBTQIA+ — it does not matter.”

She added that “A moment like this extends and opens and elongates the possibilities of what’s going to happen … and I also feel like we’re going to keep speaking and encouraging and informing and educating people around the world. I think that’s the most important thing.”

As well, Saturday Night Live’s Bowen Yang, 30, made history twice over with his nomination in the Outstanding Supporting Actor in a Comedy Series category.

Yang, who joined the SNL cast in 2019, is both the first Chinese-American actor and the first SNL featured player to to land an Emmy nomination. On SNL, new performers are considered featured players until they are moved up to the rank of full cast members after their first few seasons. And with Yang proving an SNL audience favourite the last two years — culminating in an historic Emmy nod — his promotion to full cast member is likely imminent.

In addition to his Emmy nod, Yang is also the first Chinese-American SNL performer.

If it feels like this year’s Emmy nominations feature a slew of new faces and shows, it’s because they do.

Many of the major shows nominated at the 2020 Emmys — including Schitt’s Creek, Watchmen, Succession, Little Fires Everywhere, The Marvelous Mrs. Maisel, The Morning Show, Mrs. America, Ozark and others — either ended or saw production on upcoming seasons stalled by the COVID-19 pandemic.

As such, the Emmy landscape is filled with new shows like Wandavision, Ted Lasso, Mare of Easttown, Hacks, Lovecraft Country, The Queen’s Gambit, I May Destroy You and more, along with returning favourites like The Handmaid’s Tale, The Mandalorian and, of course, The Crown.

Getting Better With Age

Many of this year’s Emmy nominees are over the age of 45, but perhaps more than usual trended up into the 65-plus category — including Sir David Attenborough, who landed two nominations at age 95.

And while legendary producer Norman Lear still holds the record as the oldest Emmy winner ever at age 98, Attenborough is the second-oldest winner ever and is on a streak of three straight Outstanding Narrator Emmy victories. And this year, he could extend that streak to four.

The notable 2021 Emmy nominees over age 65 include:

Outstanding Narrator (A Perfect Planet and The Year Earth Changed)

(Outstanding Guest Actor in a Comedy Series, The Kominsky Method)

(Outstanding Actor in a Comedy Series, The Kominsky Method)

(Outstanding Guest Actor in a Drama Series, The Crown)

(Outstanding Guest Actress in a Drama Series, This Is Us)

(Outstanding Guest Actor in a Drama Series, The Mandalorian)

(Outstanding Supporting Actress in a Drama Series, The Handmaid’s Tale)

(Outstanding Supporting Actor in a Comedy Series, The Kominsky Method)

Cedric the Entertainer hosts the 2021 Emmy Awards, which air on Sunday, Sept. 19 on CBS as well as via streaming on Paramount+. Click here for the full list of 2021 Emmy Award nominees.