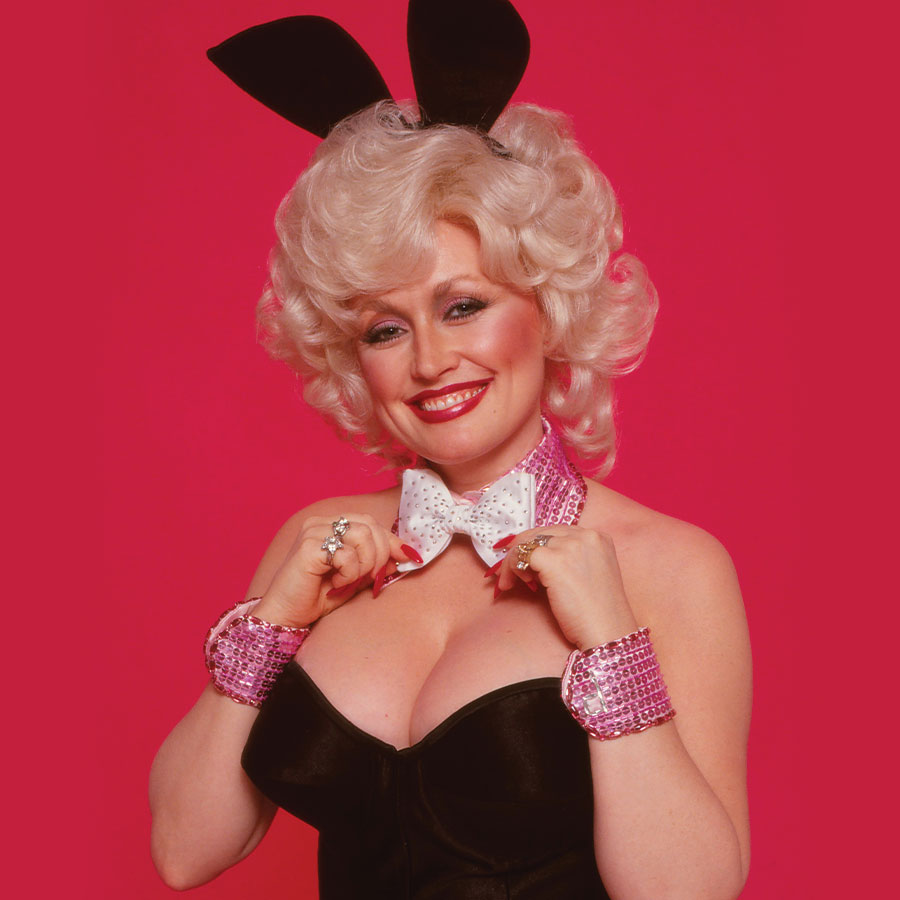 Dolly Parton, 75, recreated the look from her 1978 'Playboy' cover — seen above — for her husband as a gift for his 79th birthday on Tuesday. Photo: Harry Langdon / Getty Images

Not that the 75-year-old Country Queen’s husband, Carl Dean — a publicity-averse retired road paver who celebrated 55 years of marriage to Parton this past May — was planning on going anywhere.

Still, on Tuesday, Parton surprised her husband on his 79th birthday by dressing up as a Playboy bunny and recreating her 1978 Playboy cover.

In a video posted to Parton’s Twitter account (which you can watch below), the singer — dressed in black Playboy bunny ears, corset and long gloves with pink cuffs and collar and a silver bow tie — explains that July 20th is her husband’s birthday and that “I was trying to think of something to do to make him happy. He still thinks I’m a hot chick after 57 years and I’m not gonna try to talk him out of that.”

She adds that she once declared that she would pose for the magazine at age 75.

“Well, I’m 75 and they don’t have a magazine anymore, but my husband always loved the original cover of Playboy.”

Parton goes on to say that she did a photo shoot dressed as a Playboy bunny as a gift to Dean, and then shows how she framed the new image alongside the image of her 1978 Playboy cover (the latter of which you can see below).

“I was kind of a little butterball in that one,” she quips, referring to the original cover, “but I’m string cheese now. But he’ll probably think I’m cream cheese — I hope.”

She finishes the video with a still photo of her surprising Dean with the framed gift, followed by another quip: “Do you think Playboy ought to pay for at least the photo shoot? I do.”

@PoliticusSarah replied to the video, tweeting, “You have always been a beautiful angel and still are today,” while another Twitter user, @FloriTill, added, “YASSSS Queen!..keep showing us that attractive has no age limit. We only age when we stop trying.” A third fan on the site, @SkullsBurnette, replied, “Every time I think I couldn’t adore you even more, you go and do something amazing like this! Happy Birthday to your main man!” Meanwhile, the Toronto Star called it “a delightful middle finger to Father Time.”

But it was a Twitter user with the handle @Emme99me who thought of a way to put the Playboy bunny suit to even better use.

Referencing Parton’s work to help try and convince people to get their COVID-19 vaccinations — which including helping to fund the research that led to the creation of the Moderna vaccine and re-recording her hit tune, “Jolene” with lyrics urging people to get vaccinated — @Emme99me tweeted:

“Dolly, could you again ask the unvaccinated folks to get vaccinated but this time while wearing your bunny suit? Nothing else seems to be working, but I think you could perk up a few ears!”