George Clinton Turns 80: The Godfather of Funk Trades Hard Living for Longevity as He Preps For (Another) Farewell Tour 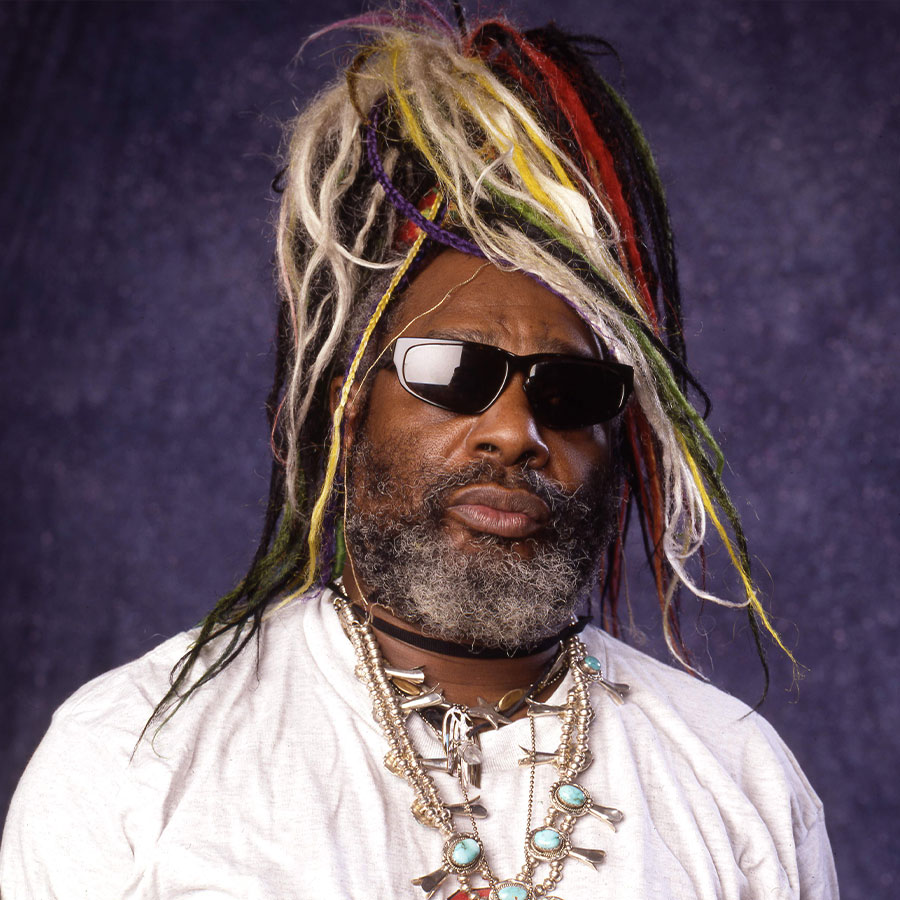 George Clinton pictured here in 1996, turns 80 on July 22 while preparing for his second farewell tour, which kicks off next year. Photo: Robert Knight Archive / Redferns / GettyImages

It’s one thing to play music into your 80s. It’s quite another to tour. But that is exactly what George Clinton, the Godfather of Funk, is doing.

The outrageously brilliant funk innovator, who electrified the ’70s and ’80s with his wild brand of music along with his Parliament-Funkadelic collective, is planning his farewell tour — One Nation Under the Groove — to start on Jan. 22, 2022 in Detroit.

This is the second farewell tour, mind you, for the singer, songwriter, bandleader and record producer, despite receiving a pacemaker. The last farewell tour was in 2019.

A poster child for can’t-stop, won’t-stop musicians of the ’60s, ’70s and ’80s, Clinton retains a work ethic that would exhaust many younger than he in their (musical) tracks. He’s of that generational breed of musical artists — which includes Dionne Warwick, 80; Bob Dylan, 80; Dolly Parton, 75; Elton John, 74; Bruce Springsteen, 71; and the Rolling Stones, among many others — who refuse to let age slow them down.

One of Clinton’s longevity secrets, besides an intense desire to work, is giving up drinking and hard drugs. In fact, he largely swapped the “sex, drugs and rock ‘n’ roll” mantra for practices like a regular massage. Yes, it turns out you can stand on stage and perform for three hours if you take serious care of your body.

According to a 2019 article in Entertainment Weekly, Clinton’s “pre-concert ritual is different than it used to be: No illicit drugs. No groupie action … The main thing on his rider these days [seems to be] Fiji water.” As he says in the piece, “You ain’t got that much energy and that much time.”

The legendary leader of the Detroit bands Parliament, Funkadelic and P-Funk — who turned out hits like “Atomic Dog,” “One Nation Under a Groove” and “(I Wanna) Testify” — is now a great-grandfather, though he still sports his trademark eclectic wardrobe; a reflection of his original concept of employing colourful costumes and outlandish staging on his early tours.

Perhaps the most notorious example of this was the mid-’70s sold-out P-Funk Earth Tour, where his band literally summoned a “flying saucer” type UFO that descended to the stage, whence Clinton jumped out as the character Dr. Funkenstein. (That “mothership,” as it is called, now resides in the Smithsonian Museum.)

Where he once toured with bassist “rhinestone rockstar doll” Bootsy Collins, the late pianist Bernie Worrell, and the late lead guitarist Eddie Hazel, he now travels with an entourage of older and younger musicians.

“Absorb youth and you will be absorbed by youth,” is one of his oft-repeated mantras.

Family members sometimes join those 15-strong collectives of rotating musicians, including granddaughters Tonysha Nelson and Patavian Lewis (a duo known by the group name Kandy Apple Redd) and a passel of grandsons, including Tra’zae Clinton, a rapper in his own right.

And while the Rock & Roll Hall of Famer is best known for producing the revolutionary sound that threw R&B and soul into a Mixmaster alongside beats from rock and electronica, a large part of his legacy stems from the impact he’s had on others: Prince, Rick James, Ice Cube, De La Soul, Fishbone and the Red Hot Chili Peppers are just a selection of artists who credit Clinton as a musical influence.

Further, Clinton’s inventive lyrics — think “Why must I feel like that / Why must I chase the cat / Nothin’ but the dog in me” — were widely sampled during the rise of hip hop, with “Atomic Dog” samples featuring on numerous hit tunes including Snoop Dogg’s 1993 classic “Who Am I? (What’s My Name?).”

Earlier this year, when Clinton spoke to NPR’s All things Considered about the longevity of Parliament-Funkadelic, he said: “We wanted to be theatrical so it’d last for years, not just for the Top 10.”

His influence, however, doesn’t stop there. Through the sci-fi aspects of P-Funk, Clinton helped inspire the Afrofuturist philosophy, and collaborated with Kendrick Lamar on an album for the Afrofuturist supergroup, Woke.

A paradigm shifter — shapeshifter, even — Clinton once spent three years in Toronto, in the early ’70s, escaping the Detroit riots and dealing with a personal reset while recording the album America Eats Its Young. (There is a CBC radio documentary about that time period, hosted and produced by David Dacks, called Funkadelic: Funk Getting Ready to Roll, which aired in 2012.)

Today he tweets on a daily basis and even joined the digital platform Cameo, which allows fans to receive personalized video messages from him for $200 a pop — a sign of his desire to always remain relevant and connected with his fans.

Of course, that desire clashes somewhat with the idea of embarking on a farewell tour — which, at 80 years old, raises the question of whether this second goodbye really is goodbye.

No one knows for sure, but we do know that, at the end of his first farewell tour in 2019, he explained to the Wall Street Journal why he just can’t quit the music life: “I was gearing it up for the band to just take over and go on back out there, but I’m going to have to hang on a little longer.

“It’s harder to retire than it was to put down the pipe.”

Harry Belafonte Turns 94: Celebrating His Legacy, From Music to Activism to Hosting ‘The Tonight Show‘