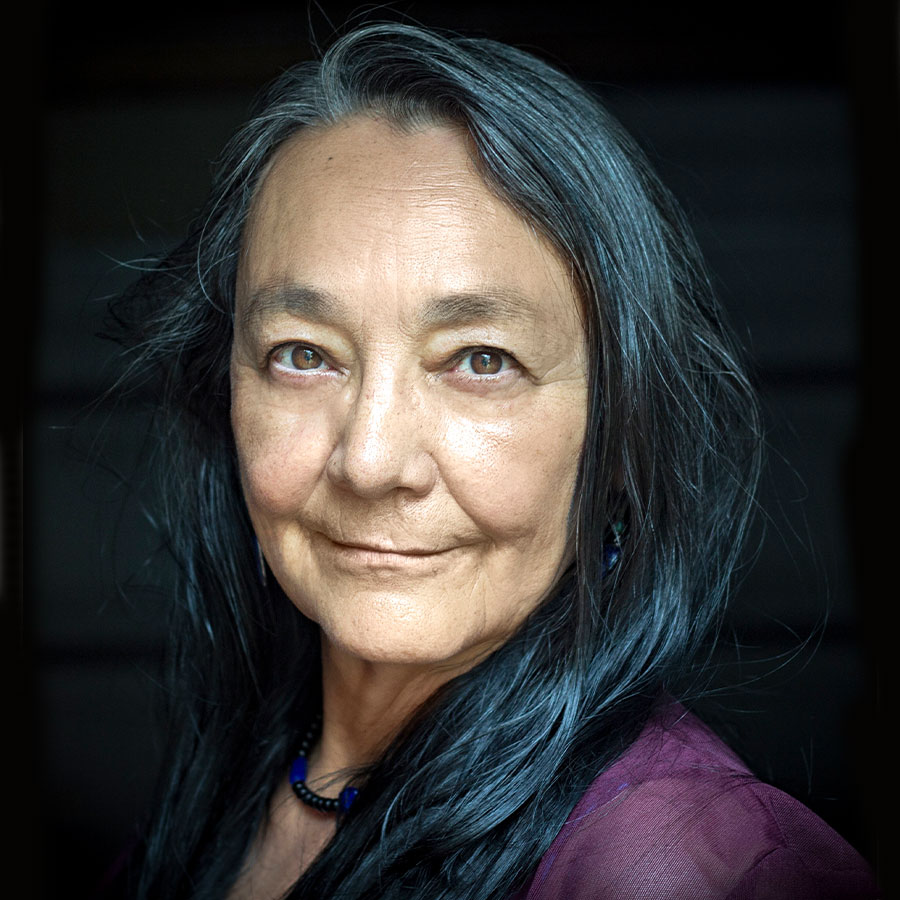 Ahead of her appearance on 'Corner Gas Animated,' Tantoo Cardinal spoke with Zoomer about her career and her activism on and off screen. Photo: Haui

After more than 120 TV and movie parts, Tantoo Cardinal, 71, has played an outsized role in transforming the way Indigenous stories are told. And this long weekend, the veteran Cree/Metis actress — who was raised in Anzac, Alberta — takes a virtual trip to Saskatchewan as the guest star on the Aug. 2 episode of the hit CTV Comedy Channel series Corner Gas Animated.

“It was a thrill to be invited,” Cardinal says via phone from her home base in Winnipeg.

Now in its fourth season, the Corner Gas tradition of celebrity guest stars carries over from the original live action series, which ran from 2004 to 2009. Past guests include former Prime Minister Stephen Harper, Pamela Wallin, Darryl Sittler and Keifer Sutherland.

In this animated episode, Cardinal portrays a realtor playing the fictional townsfolk of Dog River against each other as they vie for an abandoned lot. She recorded the voice role from Los Angeles, meaning she wasn’t actually in the same room with her cousin “from a different branch of the Cardinal family tree,” Lorne Cardinal, 57, who’s played Sgt. Davis Quinton on both the live action and animated series.

Reflecting on the wide range of roles she’s played throughout her career, Cardinal notes, “I’ve been in the business for 50 years. It feels like home. At least I know what I’m going to be when I grow up.”

She takes a beat and grows serious, adding that getting older means, “bringing more confidence to do more in the world.”

The flashier side of Cardinal’s CV includes roles in major motion pictures like Dances with Wolves and Legends of the Fall, as well as the upcoming Killers of the Flower Moon, with Robert De Niro and Leonardo DiCaprio, directed by Martin Scorsese. She’s appeared in many Canadian indie films that resonate as well, among them Black Robe in 1991 and Falls Around Her, from 2018; the latter was a part created for her by Anishinaabe director Darlene Naponse and the first leading role Cardinal ever played on the big screen.

On the television side, Cardinal enjoyed memorable recurring roles in series’ range from North of 60 to Street Legal, Dr. Quinn, Medicine Woman, Mohawk Girls, Longmire, Outlander and, most recently, Stumptown.

But it is Cardinal’s lifelong effort to mentor young Indigenous filmmaking talents that serves as the lasting legacy in the actress’ own mind.

To that end, Cardinal was named the Governor General’s Performing Arts Awards 2021 Lifetime Artistic Achievement Award (Broadcasting and Film) recipient, which includes being featured in a one-hour special on CBC this November along with other 2021 laureates.

Activism, onscreen and off, has also always been a part of Cardinal’s life. She was famously arrested, along with Margot Kidder, protesting the Keystone Pipeline in 2011. Of activism she says: “What else is there? I just certainly couldn’t be comfortable [with] the standard modus operandi the way the world works that I’ve been told so many times.”

In her acting career, then, she has worked steadily to shift the narrative. The idea began percolating in the early 70s; her first role was in 1971 in a CBC docudrama about a Catholic missionary.

“This belongs to us, we should be doing this,” she says, of telling the Indigenous lived experience. “For a long, long, long time, people didn’t realize the burden of colonialism and genocide. I was part of that history making, in terms of coming on set and talking about things that were not right, working with filmmakers to add in the Indigenous perspective, as little as that would be.”

She adds that paternalism also factored in. “It would mostly be guys who would have the words.”

Still, she persisted. “It was very, very painful to be going through kind of tiptoeing through a story that I knew my character had way more involvement in.”

That is why the 2018 film Falls Around Her proved such an important moment for Cardinal, and for all the female Indigenous actresses who will follow in her wake. The story is about a famous Anishinaabe musician who goes back to the reserve where she was born to reconnect with land and family, but finds that the burdens of fame and the outside world follow her.

“It was absolute nourishment to the roots, something that I’ve been walking toward, and dreaming of, and praying for, and seeing in the future it was of ultimate importance to my overall artistic health.”

In this time of reckoning amid the ongoing discoveries of bodies at residential schools, Cardinal keeps her eye on the future. “I’m very optimistic. I’ve always had that. I’m pretty sure that is how I’m still alive. Because it is the magic of love.

“For lack of more mundane terms, it’s the crystal movement of life that will show itself right at a key time that allowed me to feel we are not in this alone. We are a tangent of a force that is way larger than so many of us aware of.”

That force, she says, “loves stories, loves progress loves our spirits and loves our minds being challenged. That’s where I hang out.”