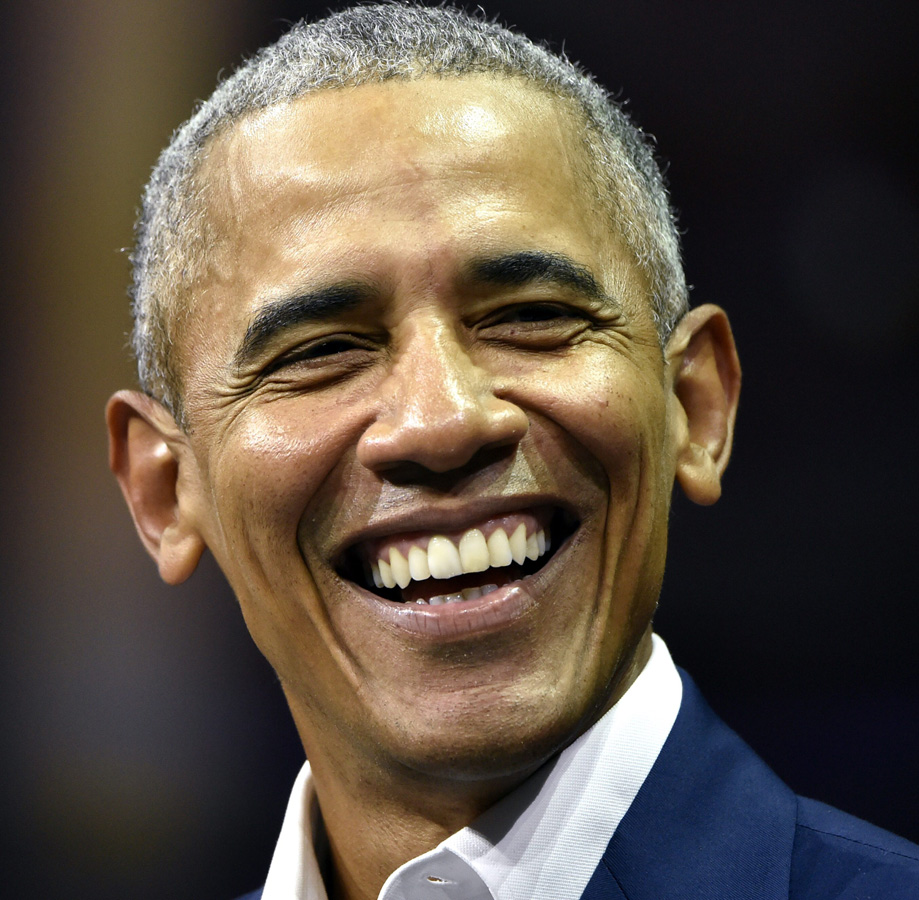 At 60, former U.S. President Barack Obama, seen here in 2018, continues to embody the same brand of hope and change optimism that propelled him to the presidency. Photo: by Jussi Nukari/AFP via Getty Images

No one is immune from COVID-cancelled birthday plans — not even beloved former U.S. presidents. Barack Obama turned 60 on Wednesday but, due to the spread of the Delta variant, drastically scaled back his planned Martha’s Vineyard birthday bash this Saturday which, as the New York Times noted, would have seen “hundreds of former Obama administration officials, celebrities and Democratic donors … attend the party at Mr. Obama’s island mansion.” Instead, according to the report, the former president will mark the milestone with a select group of “family and close friends.”

A later report from the Times noted that Jay-Z and Beyoncé, Bruce Springsteen, Steven Spielberg, George Clooney and Pearl Jam lead singer Eddie Vedder were among those included on the scaled back guest list.

Optics likely added to the decision to pull back on the guest list as, despite planned COVID testing for all guests — as well as the island locale of Martha’s Vineyard and the high vaccination rate in its home state of Massachusetts — Obama drew criticism for holding a big celebrity birthday party while regular Americans are asked to follow pandemic protocols and COVID cases continue to surge across the country.

That said, the incident proved a minor negative blip in Obama’s generally positive post-presidency life — which he kicked off in 2017 by kitesurfing with Virgin Group founder (and recent billionaire space explorer) Richard Branson.

In fact, since leaving the Oval Office, Obama — with former First Lady Michelle Obama — founded the production company Higher Ground Productions (which produced the 2019 Oscar-winning American Factory documentary and the 2020 hit doc Becoming); published the first volume of his presidential memoirs, A Promised Land; created both a podcast and an upcoming book with rock legend Bruce Springsteen called Renegades: Born in the USA; and endorsed his former vice-president, Joe Biden, who, at 78, became the oldest incoming POTUS ever (an election which some political pundits likened to a third term for Obama due to the pair’s many shared policy stances).

And, of course, this week also brought the premiere of the three-part HBO documentary Obama: In Pursuit of a More Perfect Union, described by the network as “[chronicling] the personal and political journey of President Barack Obama, as the country grapples with its racial history.”

Obama, meanwhile, comes into his 60th year in the same way he came into the presidency — as a bastion of optimism. At 60, he stands as an active and aspirational example for those entering their second, or third, acts in the same way his hope and change mantra spurred optimism for the dawn of a new day in the lead up to his historic two terms as the first ever African-American U.S. president.

True, we can’t all start production companies, or party on Martha’s Vineyard, but we can choose to move forward in life — and tackle the challenges of aging — with what Obama described in 2017 as “a certain infectious and relentless optimism.”

He repeated the idea in 2018, while delivering a lecture in honour of the centenary of Nelson Mandela’s birth, noting, “My message to you is simple — keep believing, keep marching, keep building, keep raising your voice. Every generation has the opportunity to remake the world.”

And — as Obama continues to prove as he leads by example — he doesn’t just mean the youngest generations.

In honour of Obama’s 60th birthday, a number of loved ones, friends and former staffers (and, yes, the president himself) took to social media to celebrate the former POTUS.