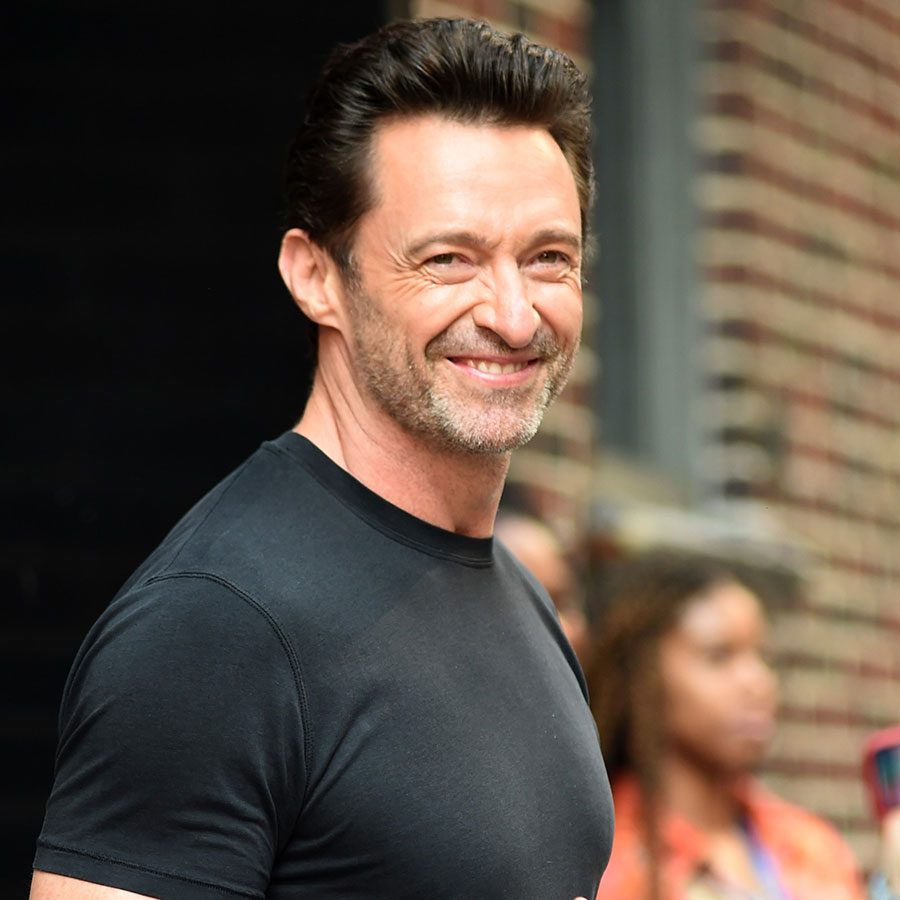 Hugh Jackman, 52, is advising everyone to wear sunscreen and undergo regular skin checks after his doctors removed a skin legion from his nose for a biopsy. Photo: Kristin Callahan/Everett Collection/CP Images

Every one of you. And get your skin checked regularly.

The actor who is best known as Wolverine in the X-Men movies, and starred in Les Miserables, knows what happens when you don’t slather on the SPF.

This week he had another lesion removed from his nose and sent for biopsy to determine whether it is basal cell cancer again, the most common form of skin cancer. Jackman has been treated for skin cancer on his nose five times, reports People magazine.

In a video posted this week on Twitter, the 52-year old actor who grew up in Australia shows off his bandaged nose, explains what it’s all about and warns, “Don’t be like me as a kid — just wear sunscreen.”

In the video, he also thanks his “amazing” doctors, Toronto plastic surgeon Trevor Born, who also has a practice in New York, and Born’s dermatologist wife Lisa Airan. In turn, Born thanked Jackman “for spreading this very important message. Everyone should be wearing sunscreen and sun protective clothing/hats starting from a young age … apply large amounts, after washing, after activity. Total block is best, Hat, scarf, dark colours to block all the UV.”

Born had the delicate and formidable task of cutting into the face of a man declared “Sexiest Man Alive.” That accolade was bestowed on Jackman in 2008. He’s also won Tony, Grammy and Emmy awards and was nominated for an Oscar for Best Actor in 2012 for the movie version of Les Miserables.

Jackman isn’t the only celebrity to go public about his sun damage and skin cancer.

Oscar winner Diane Keaton has talked about being diagnosed with basal cell carcinoma at the age of 21, and is outspoken about the need for massive protection from the sun.

She’s rarely seen outside in daylight without a hat, scarf and long sleeves. Several years ago, she was diagnosed with the second most common form of the disease, squamous cell carcinoma. Keaton has also spoken openly about her family’s history with the disease. She grew up in Los Angeles and has said that her family would go to the beach every weekend.

“It’s a family history,” Keaton told the Los Angeles Times. “I remember my Auntie Martha had skin cancer so bad they removed her nose. My father had basal skin cancer and my brother had it. It’s tricky with this skin cancer. That’s why you’ve got to put the sunblock on.”

The 75-year old Oscar winner also told Pret-a-Reporter that she might not “have had 20 skin cancers had I had sunscreen and took it seriously. When I was growing up, it wasn’t even around or discussed … I’m so protected now.”

Khloe Kardashian is another celebrity who was diagnosed with skin cancer at a young age.

In 2016, when she was 32, Kardashian revealed that she’s had a number of moles biopsied over the years, and one on her back turned out to be cancerous. “I had eight inches of skin removed. It was definitely painful because it was a lot of skin,” she said, “but most of the time, the removals haven’t been that bad.”

“Now that I’ve gone through this a couple of times, I am extra aware of my skin, body and moles,” she added in a post on her (now defunct) app. “I’m writing this post with the hope that my story can get some of you in to see your doctor if you notice something wrong with your skin,” she said.

Kardashian’s surgery was extensive because the mole on her back was diagnosed as melanoma, the most life-threatening form of skin cancer.

It was melanoma that ended the life of Jamaican musician and reggae pioneer Bob Marley in 1981 at the age of 36. The cancer appeared as a black spot under his toenail, which he dismissed at first as a soccer injury.

In Canada, approximately 80,000 cases of skin cancer are diagnosed each year. That includes more than 5,000 cases of melanoma. Fortunately, the predicted five-year survival rate for Canadians with melanoma in 2014 was 91 per cent for women and 84 per cent for men.

The Canadian Dermatology Association has excellent advice about sun protection and avoiding skin cancer, including specific advice for seniors:

“People aged 60 or older face a high risk for developing skin cancer. If you are in this age group, you grew up in a time when little was known about how too much sun could cause skin cancer and premature aging of the skin. The truth is that it is never too late for sun protection. By protecting your skin from too much sun you can help prevent the onset of skin cancer and more sun damage to the skin.

A small percentage of people taking over-the-counter or prescription drugs find that their skin becomes oversensitive to the sun. They can get serious skin damage including sunburn, blisters, rashes or swelling when out in the sun. Some of the medications which may set off these reactions include antibiotics (tetracycline and sulfa drugs), diuretics (water pills), anti-depressants, anti-psychotics, antidiabetic preparations and some acne drugs containing vitamin A or its derivatives. When a medication has been prescribed, check the common side effects with your doctor.”