Royals Respond: Queen Elizabeth, Prince Harry and Meghan Markle on the Crises in Haiti and Afghanistan as First Excerpts from ‘Finding Freedom’s’ New Chapters Are Revealed 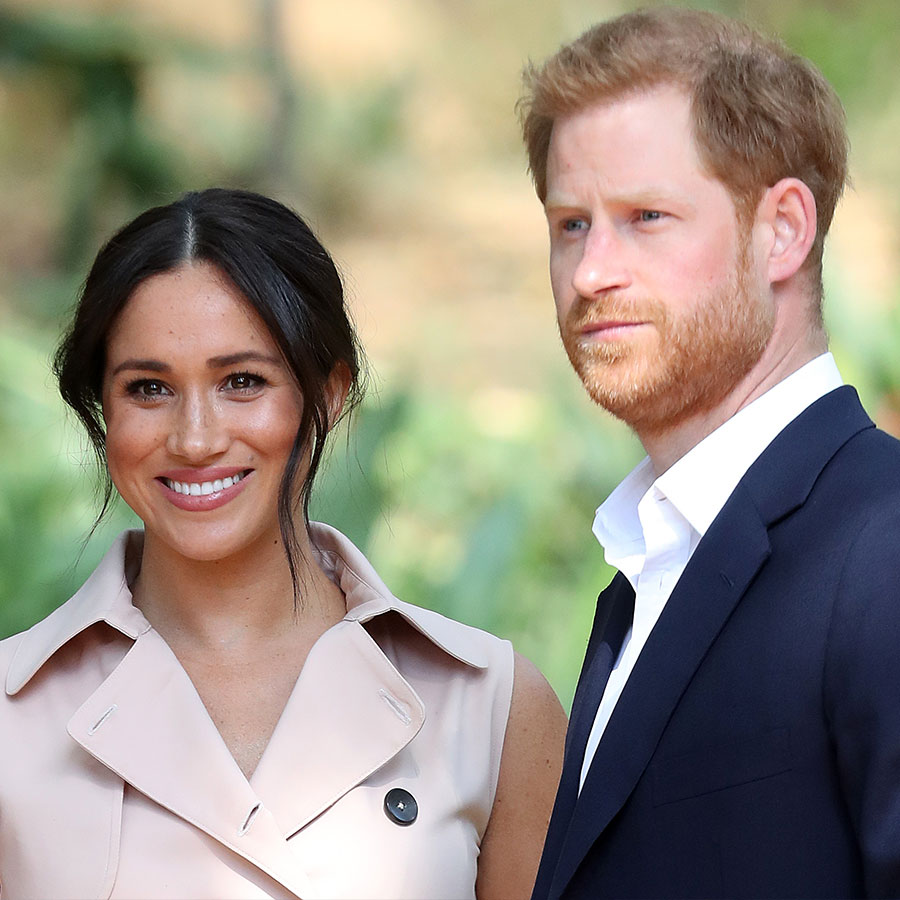 The official response from the British Royal Family to the ongoing earthquake tragedy in Haiti came on Monday from the desk of the Queen herself, in a note to Haiti’s prime minister, Ariel Henry, with her customary signature, “Elizabeth R.” (It is notable that for all the long years of her reign she would almost always include her late husband, Prince Philip in official greetings and condolences.)

“My thoughts and prayers are with those who have lost their lives, loved ones and homes” read the missive, “as well as the emergency services working on the recovery effort.”

Also on Monday, the Duke of Sussex, a veteran of the war in Afghanistan himself, participated in a brief joint statement tweeted by the Invictus Foundation, which read simply and powerfully: “What’s happening in Afghanistan resonates across the international Invictus community. Many of the participating nations in the Invictus Games family are bound by a shared experience of serving in Afghanistan over the past two decades …”

The statement urges those in the Invictus network, and the wider military community, to “reach out to each other and offer support to one another.”

Then on Tuesday, a statement was posted to the Archewell Foundation website with a longer take on the two tragedies: Afghanistan in political turmoil and Haiti in the midst of a natural disaster. Predictably, it was lambasted Wednesday morning in the tabloids (read: The Daily Mail) for its American context.

Posted as, “From The Duke and Duchess of Sussex,” it began by declaring, “The world is exceptionally fragile right now. As we all feel the many layers of pain due to the situation in Afghanistan, we are left speechless as we all watch the growing humanitarian disaster in Haiti, and the threat of it worsening after last weekend’s earthquake, we are left heartbroken.”

It goes on to talk about how they are “left scared” by the continuing global health crisis (with COVID, one presumes). Then the text switches to our collective mental health, the couple’s chief advocacy focus. “When any person or community suffers, a piece of each of us does so with them, whether we realize it or not.” But fear not, it concludes, we are not powerless if we can “put our values into action — together.” They then recommend resources to get involved with to help the Afghan people (from Women for Afghan Women, focused on shelter needs, to Afghanaid) and to the Haitian people (via World Central Kitchen, providing food support, and Mercy Corps for humanitarian aid).

“As an international community,” the Sussexes conclude their long statement, “it is the decisions we make now — to alleviate suffering among those we know and those we may never meet — that will prove our humanity.”

But it is their recommendations for mental health support that have the British press up in arms: they direct Archewell supporters to all-American mental health programs, from National Alliance on Mental Illness to The Loveland Foundation, which specializes in the needs of Black women and girls, as well as Project Healthy Minds.

Meanwhile, even commenting as a former British soldier (goes the tabloid argument), the California-based power couple neglected to cite projects Harry himself launched in the U.K., including Head’s Together (remember the dorky-cute blue headbands Harry wore with William and Catherine to direct attention to the initiative back in the day?) and Shout.

But to a Canadian observer, the question really is why are Harry and Meghan jumping in with statements on everything going on in the world while they are technically still on paternity and maternity leaves, respectively, following the birth of second child Lilibet in June? The statement on Afghanistan, issued jointly with the Invictus Foundation (it was co-signed by the Foundation’s Chair Lord Allen of Kensington and CEO Dominic Reid; Harry is Patron of the organization) makes fully appropriate sense, as many of the injured veterans who participate in the games served in Afghanistan, as did Harry himself, for two tours of duty.

One possible answer may be found in this week’s People magazine, as the first excerpt of the new pages added into the Sussex-adjacent (not Sussex approved, formally, or endorsed, but written with what appears to be a tacit complicity that their friends and allies could comment) Finding Freedom by Omid Scobie and Carolyn Durand. It reveals the move to America, “was harder than they would ever imagined. They had had it all mapped out in their heads,” Scobie told People. “They knew that they had to change things, but what they had actually planned wasn’t actually what was best.”

The print edition with the excerpt has likely caused renewed frustration for all the royals currently safely ensconced at Balmoral with the Queen on her annual Scottish August holidays. The new version of the book will be republished in paperback version with a release date of August 31, so we are all in for a late-summer trickle of tantalizing tidbits ahead of that date.

In a preview piece on People.com, Scobie says Harry and Meghan are “really excited” about working on behalf of causes that “align with their interests.” He told People: “They’re a couple who do very well in those moments of human interaction. They need to be on the ground. They say that the proof is in the pudding, and what we are about to see is that pudding.”

So it seems the Sussexes stepping into the spotlight this week is right where they intend their philanthropic brand to expand. The Sussex’s long-winded messaging could benefit greatly from the lifelong examples of the Queen’s incredibly concise styles. But their addition of vetted resources to donate to, as well as mental health resources to address the toll that empathy for the world’s disasters is also taking, feels like a very modern, social-media informed strategy. That the tabloids can always find a hole in the logic is simply the way of that world. Scobie hints at the value of distance in the Sussexes’ own current worldview, pointing out they can “keep some of the toxicity” an ocean away.

Of their leave-taking, Scobie says the new reporting he and Durand added reveals the Duke and Duchess of Sussex, “tried to find a way to compromise. But would that have enabled them to have that level of happiness and security that they have today? Probably not. Those ties to the institution [of the monarchy] would have still been strong and there would have constantly been issues about financial endeavours and the business decisions they made.” Further, he tells People of their decision to head to America, “That was harder than they would ever imagined. They had had it all mapped out in their heads.

“They knew that they had to change things, but what they had actually planned wasn’t actually what was best.”

This is what Scobie and Durand reported about the Sussexes’ reaction to the Queen’s reaction to their allegations of racism in the royal household. “The queen’s ‘recollections may vary’ comment did not go unnoticed by the couple, they say, citing a “close source” who said the couple were “not surprised” The same source added, according to the reporting, “ ‘Months later and little accountability has been taken. How can you move forward with that?’”

Scobie, who writes on the royal beat for Harper’s Bazaar, repurposes a famous Meghan line, going back to the documentary she and Harry filmed during their 2019 South African tour, when they first hinted at how unhappy they were with royal life: “They seem to be existing in a different place, and that place is much healthier,” Scobie quipped in the teaser/preview piece for People ahead of his updated book excerpt, “Meghan famously spoke about that it was not enough to survive — we are now in the thrive chapter.”

There is no doubt Scobie is Team Meghan (and Harry). But the couple’s audience in London is a little tougher on their efforts as they are set to debut what they really mean to do with their Archewell Foundation — and the platform for doing good in the world.