Mike Richards Steps Down as Host of ‘Jeopardy!’ After Derogatory and Sexist Comments Resurface 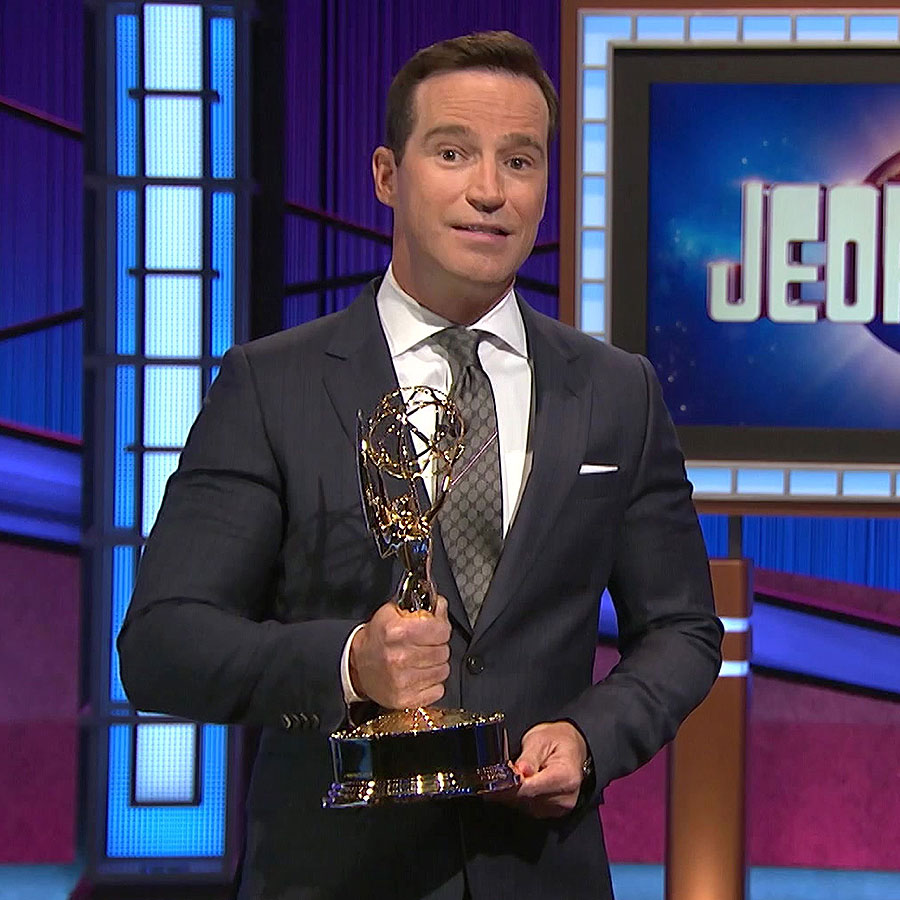 In this screenshot, Mike Richards accepts the award for Outstanding Game Show for 'Jeopardy!' during the 48th Annual Daytime Emmy Awards broadcast on June 25, 2021. Richards stepped down as host on Friday after offensive comments he made on a podcast eight years ago resurfaced. Photo: Daytime Emmy Awards 2021/Getty Images

Mike Richards has stepped down as the host of Jeopardy!

The 46-year-old television personality — and Jeopardy! executive producer — made the announcement after The Ringer unearthed a litany of offensive comments he had made on his podcast, The Randumb Show, eight years ago.

“It pains me that these past incidents and comments have cast such a shadow on Jeopardy! as we look to start a new chapter,” Richards said in a memo Friday morning.

The Ringer story, written by Claire McNear, the author of a recent book about Jeopardy! and Alex Trebek, details derogatory comments Richards made on the podcast about little people, Jews and people receiving unemployment benefits as well as sexist comments about women.

Following the death of the show’s long-time host Alex Trebek last November from pancreatic cancer at age 80, an impressive list of candidates were considered for the position and given guest-hosting duties. Before settling on Richards, hopefuls included LeVar Burton, Aaron Rodgers, Robin Roberts and Savannah Guthrie. Richards also guest-hosted the show but received criticism when it became clear that he was a front-runner for the job. As the person helping to lead the search for the new host, it was seen by some as self-serving that he would settle on himself.

As well, in the wake of the controversy, video surfaced of a 2018 interview with Trebek in which he explicitly states he’d like to see either attorney, legal analyst and radio host Laura Coates, 41, or NHL sportscaster Alex Faust, 32, replace him. Neither received a guest hosting tryout.

Jeopardy! began production on its new season on Thursday, but Richards confirmed that Friday’s taping had been cancelled.

“Over the last several days it has become clear that moving forward as host would be too much of a distraction for our fans and not the right move for the show,” Richards said in the same memo. “As such, I will be stepping down as host effective immediately.”

Richards, who indicated that he would remain executive producer of the show, also apologized to staff “for the unwanted negative attention that has come to Jeopardy! over the last few weeks and for the confusion and delays this is now causing.”

“I know I have a lot of work to do to regain your trust and confidence,” he added.

After his comments surfaced on Wednesday, Richards responded by taking the podcast episodes down and apologizing in a statement issued to The Ringer.

“It is humbling to confront a terribly embarrassing moment of misjudgment, thoughtlessness, and insensitivity from nearly a decade ago,” he said in the statement. “Looking back now, there is no excuse, of course, for the comments I made on this podcast and I am deeply sorry.

“Even with the passage of time, it’s more than clear that my attempts to be funny and provocative were not acceptable, and I have removed the episodes. My responsibilities today as a father, husband, and a public personality who speaks to many people through my role on television means I have substantial and serious obligations as a role model, and I intend to live up to them.”

McNear’s story also mentions lawsuits stemming from alleged mistreatment of female employees by The Price is Right male leadership, which included Richards, who once served as executive producer of the show.

McNear details a 2010 lawsuit filed against Richards by Brandi Cochran, who worked as a model on the show and claimed she experienced discrimination and harassment after becoming pregnant. According to court documents quoted by The Ringer, Richards expressed regret that he had not included her in a series of layoffs after she informed him she was pregnant. “Go figure! I fire five girls … what are the odds?” Richards reportedly told her.

After giving birth, she learned that her contract had been terminated.

On Aug. 9, Richards emailed a statement to the Jeopardy! staff in response to concerns about his history on the The Price is Right.

“These were allegations made in employment disputes against the show,” he wrote. “I want you all to know that the way in which my comments and actions have been characterized in these complaints does not reflect the reality of who I am or how we worked together on The Price is Right.”

Richards confirmed that Sony will resume their search for a permanent Jeopardy! host, and bring back guest hosts to continue production for the new season.

Alex Trebek Praises Canada in Acceptance Speech Ahead of His Final Jeopardy! Episode