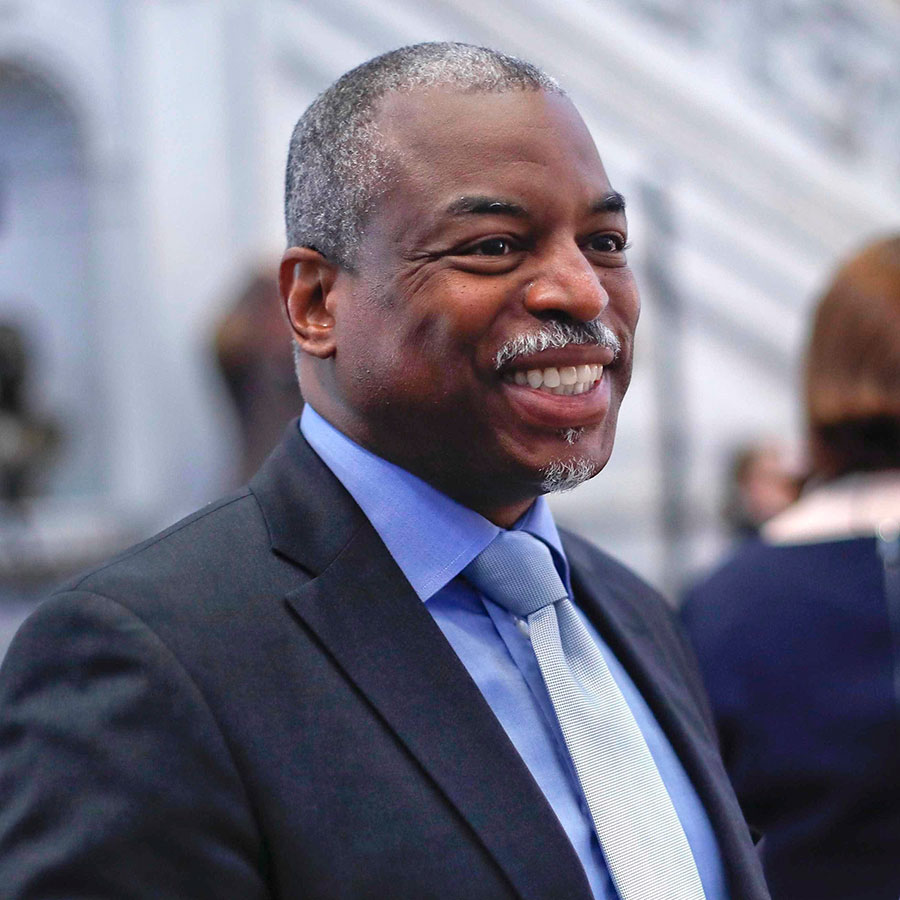 As the search for the next host of 'Jeopardy!' continues, Canadian actor Ryan Reynolds is endorsing LeVar Burton for the job. Photo: AP Photo/Pablo Martinez Monsivais/CP Images

Canadian actor Ryan Reynolds is hoping a little social media pressure will help LeVar Burton take his place behind the lectern as the next host of Jeopardy!.

Soon after Mike Richards announced he was stepping down in response to controversy surrounding comments he made on his podcast eight years ago, Ryan Reynolds hopped on Twitter to put forward his preferred candidate. The not-so-subtle endorsement of the 64-year-old actor began with Reynolds reminiscing about how the public played a significant role in him landing his famous Deadpool role.

“Pretty consistently from 2013 to 2015 Deadpool would explode on Twitter with fans wanting me to play him,” he remembered. “It was awkward because I agreed with them but the studio didn’t see it. Ultimately the fans won and the rest is glorious history. I’m forever grateful.”

Concluding his message with a nod to the Star Trek actor, Reynolds added, “Hi @levarburton.”

Burton showed his gratitude by replying with a series of praying hands and purple heart emojis.

Reynolds appeared as Deadpool/Wade Wilson in the widely panned X-Men Origins: Wolverine film in 2009, but it was a leaked test video of Reynolds as the foul-mouthed mercenary in 2014 that created the public pressure necessary for 20th Century Fox to give Reynolds the green light.

Similarly, Burton’s recent tryout behind the lectern has propelled him as the internet favourite among other candidates considered to replace late host Alex Trebek, who passed away from pancreatic cancer November past.

An online petition in support of Burton’s bid as host has generated over 270,000 signatures.

Many fans point to Burton’s experience in educational programming gained from over 20 years as host of the children’s series Reading Rainbow — which earned him 12 Daytime Emmy Awards and a Peabody Award — as key qualification for him to take on the hosting duties.

In an interview with Esquire a week before his guest spot on Jeopardy! was set to air, Burton talked about how his experience and passion for merging entertainment with education aligns with the beloved game show’s essence.

“Everything that I’m about is in the same vein as Jeopardy!,” he told Esquire.

“The idea of education being a value or a principle, and that education should be available to everyone. We take that nightly quiz and test ourselves against those champions, and we play the game as a nation every night. The things that I’ve done in terms of using the medium of television to do more than simply entertain—bringing a little more to the table to educate, inform, enlighten, uplift… Jeopardy! does those things too.”

Still, others are pushing for the show to honour one of Alex Trebek’s choices for successor. In the wake of the Mike Richards controversy, video surfaced of a 2018 interview with Trebek in which he explicitly states he’d like to see either attorney, legal analyst and radio host Laura Coates, 41, or NHL sportscaster Alex Faust, 32, replace him. Neither received a guest hosting tryout.

Another favourite is Ken Jennings, who was said to be a finalist the first time around before Richards, also the shows executive producer, landed on himself for the role.

In the coming weeks, Jeopardy! is expected to return to a series of guest hosts as they resume their search for a permanent host.

Mike Richards Steps Down as Host of “Jeopardy!” After Derogatory and Sexist Comments Resurface