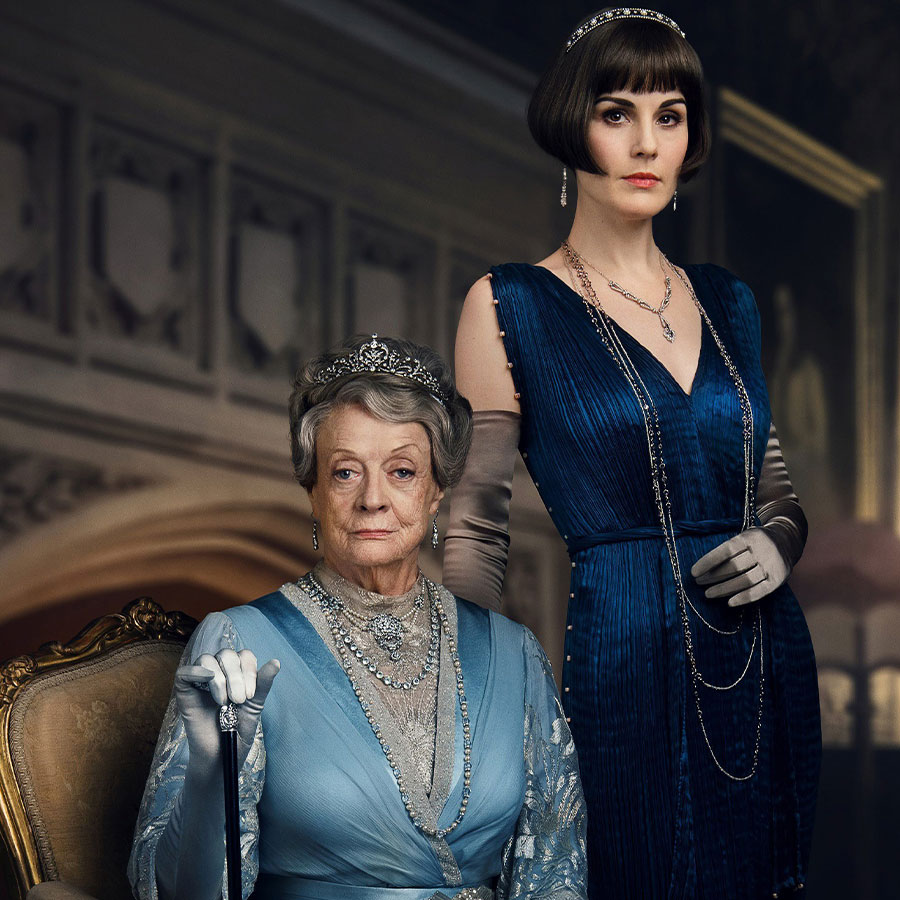 Downtown Abbey Actors Maggie Smith and Michelle Dockery in a promo shot for the 2019 Downton film. The sequel to the 2019 film, set for release March 2022, promises to introduce a new era. Photo: Focus Features/Courtesy of Everett Collection/Getty Images