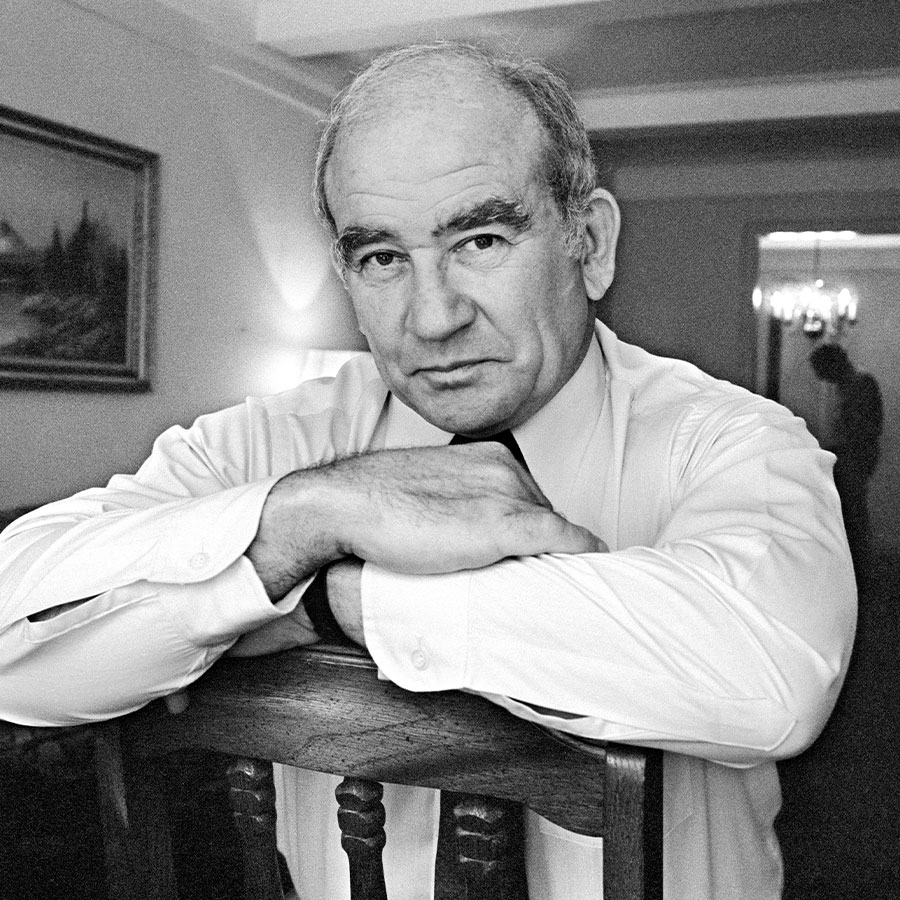 Actor Ed Asner, seen here in a 1980 portrait, passed away at the age of 91 on Sunday, sparking an outpouring of social media tributes highlighting his impact on and off the screen. Photo: Derek Hudson/Getty Images

Ed Asner, the Hollylwood legend best known for his role as newsman Lou Grant on the Mary Tyler Moore Show and spinoff  Lou Grant, received a social media send-off befitting of his legendary career following news of his death on Sunday.

The seven-time Emmy-winning actor’s family confirmed his death from natural causes on Sunday morning. He was 91.

“We are sorry to say that our beloved patriarch passed away this morning peacefully,” the tweet said. “Words cannot express the sadness we feel. With a kiss on your head- Goodnight dad. We love you.”

Among those paying tribute to Asner, were a number of actors who were influenced by actor during a career that spanned five decades and earned him over 300 acting credits.

Mark Hamill, who worked on The Mary Tyler Moore Show, lamented the loss of the Hollywood giant.

“A great man … a great actor … a great life. Thank you Mr. Asner,” Hamill tweeted along with a GIF of the classic “I think we all need some Kleenex” scene from the show.

Michael McKean, who worked with Asner on the 1999 stop-motion cartoon Snowden’s Christmas, spoke of how privileged he was to work with him on the project.

“Ed Asner was a fine man and a great actor. He was tough in the ways that count and suffered no fools,” McKean’s tweet reads. “I acted with him just once and knew how lucky I was to do so. A hero. Rest in peace, Ed.”

Meanwhile, Mia Farrow tweeted: “To know Ed, even a little, was a privilege. You could not find a more honourable person. He will be missed. Love to his wonderful family.”

Disney’s Pixar chimed in with a tribute of their own, comparing Asner to Carl Fredricksen, the grumpy, yet sweet character he voiced for the animated film Up in 2009.

“Ed was our real life Fredricksen: a veneer of grouch over an incredibly loving and kind human being,” Pixar tweeted. “Russell, Dug, and all of us at Pixar will miss him terribly.”

“Devastated to hear this news,” Zabka, 55, tweeted. “What a legend. What a beautiful human and special friend. I learned so much from him. My love and deepest condolences to the Asner family #RIP Dear Ed.”

Cobra Kai co-creators Jon Hurwitz, 43, shared a photo of Asner and the crew taken on the show’s first day of production.

“It was an honour for the entire Cobra Kai family whenever Mr. Asner visited our dojo,” he writes in the photo caption. “His sense of humour was contagious both on and off camera.”

“What an inspiration he was to me as a young actor,” Vincent D’Onofrio wrote. “Not to mention the years of laughs he brought into my household when I was [a] kid. Thank you Ed.”

Filmmaker Michael Moore recollected his first experience with Asner. In an attempt to get his first film Roger & Me off the ground, a broke Moore wrote to Asner and a number of famous people for help.

“Only one responded: Ed Asner,” Moore recalls in the tweet. “‘I don’t know you, kid, but here’s 500 bucks’ said the note attached to the check. ‘Sounds like it’ll be a great film. I was an autoworker once.’ R.I.P. Ed.”

The Screen Actors Guild (SAG) Awards also paid tribute to Asner, who served as SAG President in the ’80s and received the SAG Life Achievement Award in 2001.

“His acting, leadership and activism will always be remembered,” they tweeted.

In a statement sent to Newsweek, SAG-AFTRA praised his activism within the industry and beyond.

“There have been few actors of Ed Asner’s prominence who risked their status to fight for social causes the way Ed did,” Gabrielle Carteris, president of the union, said in the statement.

“He fought passionately for his fellow actors, both before, during and after his SAG presidency. But his concern did not stop with performers. He fought for victims of poverty, violence, war, and legal and social injustice, both in the United States and around the globe.”

Star Trek actor George Takei called Asner a giant on the screen, but also mentioned his work as a philanthropist, calling him “a man of true heart and talent.”

“Many knew him as a gruff comedian with impeccable timing, but for us he was a father, grandfather, friend and champion,” the center said in a tribute shared to their Facebook page. “Ed was kind, gentle and fierce champion for individuals living with special needs. We love you, Ed. Rest in peace knowing that through your talent, humor, strength and commitment you made this world a better place for all of us. We will continue to honor your legacy everyday.”

Asner is the third Mary Tyler Moore star to die recently, with both Cloris Leachman and Gavin MacLeod passing earlier this year. Betty White, who is 99, is now the show’s only surviving main cast member.