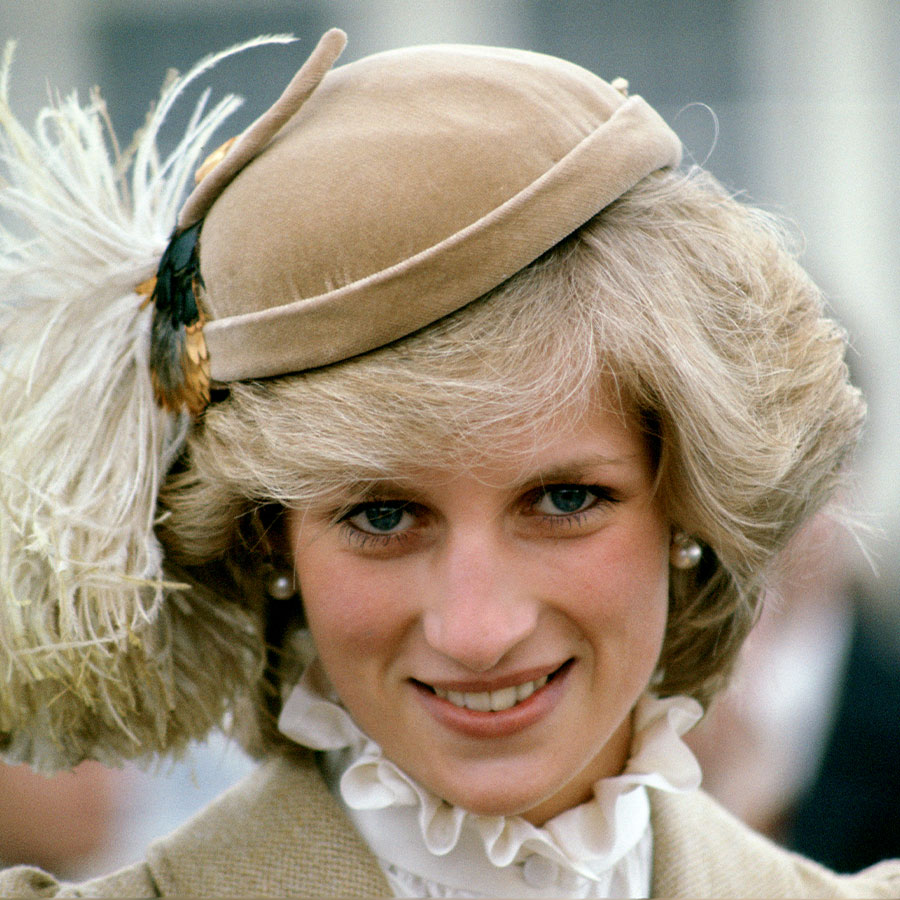 Diana, Princess of Wales, died tragically in a car crash, at age 36, on Aug. 31, 1997. Here, she is pictured on a visit to Christchurch, New Zealand in 1983. Photo: Tim Graham/Photo Library /Getty Images

When Diana entered the picture in 1980, the royal press pack was making much hay of Prince Charles’ unmarried status at the ripe old age of 32. He had been studiously dating married women (because they had as much to lose as he did if the word got out), but the palace — and especially his father, Prince Philip — thought he ought to be getting on with things. Enter Diana: aristocratic, virginal and photogenic. As soon as their names were linked, she was besieged. So much so that, after their engagement, she was moved into Buckingham Palace because “normal” life was impossible with throngs of paparazzi on her trail.

This media frenzy — which Diana sometimes stoked after she developed friendships with some photographers and tipped them off on her whereabouts — lasted the rest of her life. Tragically, the paparazzi contributed to her death, chasing her car through the streets of Paris, which ended in the crash that took her life and that of her boyfriend, Dodi Fayed. But the photographs and the interviews gave Diana the fame, and ultimately the power, to become such a lasting influence. She used some of that currency for good, calling attention to the causes she believed in.

Her sons’ relationship with the media was shaped by their mother’s tragic death, and the boys were shielded from the cameras until they were 18.

William is guarded but obliging with the royal rota who follow him around, suing only when Kate’s privacy was breached with a long-lens topless photo on a French vacation in 2012; the Duchess was awarded a financial settlement.

Harry has been far more open about his hatred of the media, citing it as a major reason why he and wife Meghan left royal duties. He says every flash bulb takes him back to his mother’s death, and he fears history will repeat itself with his own wife. Both the Sussexes have sued over coverage: Meghan won a privacy suit against Associated Newspapers, publisher of the Mail on Sunday and MailOnline, over their publication of private letters to her father; Harry sued the same newspaper group over allegations he had not been in contact with the Royal Marines since he stepped down as a senior royal. This claim was demonstrated to be false, and the duke was awarded damages.

The symbiotic relationship with the media came to define the narrative of Diana’s story, a push-pull that continues for her sons and their families. Here are some highlights and low points from Diana’s lifetime, and how they are echoed by the experiences her sons and daughters-in-law.

Diana knew the value of a great photo — think of the powerful message she sent when she sat solo in front of the Taj Mahal, a traditional place for lovers, at a low point in her marriage in 1992 as rumours swirled. By contrast, Kate and William recreated the image as a happy couple on their tour in 2016.

Harry recreated another iconic image of his mother when he travelled to Angola in 2019 to walk the landmine fields Diana had made so famous. Harry continuing her work made for a poignant photo. Kate and William also made a nod to Diana on their tour of Pakistan in 2019, touring the Shaukat Khanum Cancer Hospital children’s ward. Photos of the pair recall similar photos of Diana’s visits in 1996 and 1997.

Diana’s still-controversial interview with Martin Bashir for BBC’s Panorama — the one where she said, “There are three of us in this marriage, so it was a bit crowded”— aired in 1995. The shockwaves led the Queen to insist that Charles and Diana’s separation be formalized by divorce.

Harry and Meghan’s first outspoken interview following their South African tour in a documentary with friendly interviewer Tom Bradby, raised hackles for its revelations that Meghan wanted to “thrive” rather than “survive.” But compared to the hurricane-force effects of the couple’s second sit-down with Oprah this past spring, the Bradby documentary was just a little drizzle. The extent of their unhappiness made clear, there were shocking echoes of Diana’s despair, specifically when Meghan revealed she had contemplated suicide. Diana’s collaboration with biographer Andrew Morton in 1992’s Diana: Her True Story saw friends of the princess give evidence of her desperate unhappiness (her bulimia and self-harm, and the time she threw herself down the stairs while pregnant with William). It was later revealed that Diana contributed extensive taped testimony to Morton, who later published the full transcripts.

The Harry and Meghan book Finding Freedom by Omid Scobie and Carolyn Durand, published just as the Sussexes left for California, was also written with friends of the couple speaking with tacit permission, although the couple denies they participated in any way with the publication.

Among the most famous shots of Diana were taken on the steps of the Lindo Wing at London’s St. Mary’s Hospital immediately after the births of William and Harry. Despite being taken mere hours after giving birth, these photos showed a beaming Diana: motherhood agreed with her very much, and it presaged all the happy and genuine photos of her with her boys.

Kate also followed her mother-in-law’s lead in presenting all three of her children on the steps of the Lindo Wing immediately following their births, going so far as to wear dresses similar to those Diana chose for the occasions. Meghan opted instead to give birth at The Portland Hospital in London, and she and Harry debuted Archie two days later at Windsor Castle with only select press present.

Diana had many intrusive photographs splashed across the front pages, including one from a hidden camera planted in her gym: the then 32-year-old princess was snapped from above with her legs open on exercise equipment. She was enraged, especially since she had tried so hard to keep her gym visits from being covered in the press, going so far as to wear the same outfit every day — remember that Virgin Airline’s sweatshirt? — so the paparazzi pictures would be worthless.

Near the end of her life, a series of photos of the princess onboard the yacht of her boyfriend Dodi Fayed painted Diana in a negative light, as if she were aspiring to be part of the jet-set crowd. In fact, most of her biographers believe Fayed was a summer fling for the newly single Diana, but those intrusive long-lens photos started the frenzy that inexorably led to the car crash in Paris.

Her daughter-in-law Kate was captured by long lenses as she sunbathed topless at a villa in the South of France on holiday with Prince William in 2012. The photos were published in a French edition of Closer, but British and American outlets refused to buy the shots. Kate was awarded the equivalent of more than C$161,404 for the intrusion.

The First ‘Spencer’ Trailer Reveals Kristen Stewart as Diana, Princess of Wales, With the Actress Debuting Her British Accent