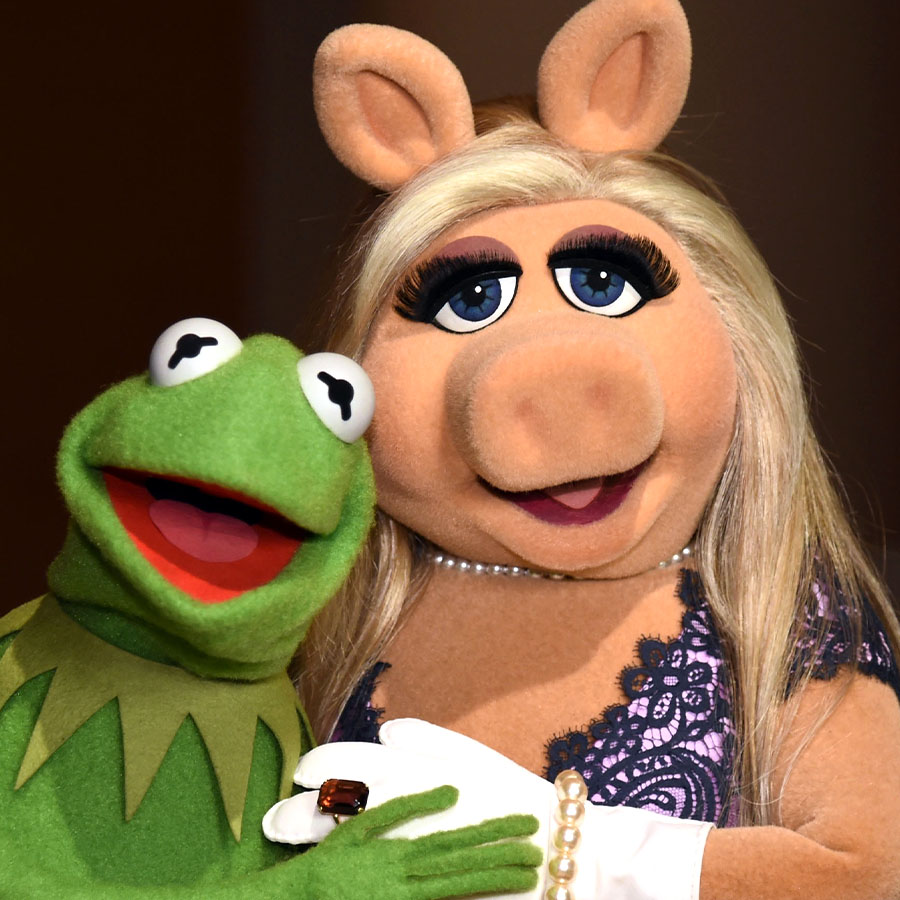 The original Muppet Show — including stars Kermit the Frog and Miss Piggy — is coming to the Disney+ streaming service this week. Photo: Ilya S. Savenok/Getty Images

On Sept. 5, 1976, The Muppet Show — complete with its trademark musical opening — premiered, launching Kermit the Frog, Miss Piggy, Gonzo, Fozzie Bear and the rest of the beloved gang into the pop culture stratosphere.

This month marked the 45th anniversary of the series — a milestone that was actually celebrated earlier this year when The Muppet Show’s entire five-season run landed on the Disney+ streaming service on Feb. 19.

To celebrate the milestone anniversary, we looked back through the history of the series to find seven fascinating facts you might not know about The Muppet Show.

Kermit the Frog is arguably the most famous Muppet of all. But he actually got his start on the 1955 Jim Henson show Sam and Friends — a TV series made up of five-minute episodes featuring the famed Muppet creator and a roster of puppets. Kermit, however, wasn’t yet a frog. In fact, he wasn’t even green but rather a faded turquoise creature.

In a 1982 interview with Henson, that original incarnation of the character was dubbed Kermit the Thing. In the same interview, Henson also confirmed that Kermit was actually made out of his mother’s old coat and that “I didn’t call him a frog … all the characters in those days were abstract because that was part of the principle that I was working under, that you wanted abstract things.”

That original version of Kermit now reportedly resides in the Smithsonian.

Celebrity Guest Hosts Got One Shot

A who’s who of Hollywood stars and musical legends guest-hosted The Muppet Show over the years, from Julie Andrews and Steve Martin to Gilda Radner, Harry Belafonte and Raquel Welch. Even members of the cast of Star Wars showed up for a 1980 episode. But in the early days, The Muppet Show had difficulties attracting guest hosts. But a 1976 guest hosting appearance by famed actress and singer Rita Moreno — which won her an Emmy — and an early 1978 guest hosting gig by ballet legend Rudolf Nureyev garnered such great responses that other stars clamoured to appear on the show.

Still, The Muppet Show maintained a steadfast rule — no celebrity guest could host the show more than once.

The Allure of Miss Piggy

Celebrity guests, however, were allowed a pretty cool perk: they could choose which Muppet characters they wanted to interact with onscreen. Of the entire Muppet crew, Miss Piggy was reportedly the most requested character for celebrities to perform alongside, with Animal coming in second.

Elton John, in fact, appeared with both in 1978 (while dressed in a piggy-pink sequinned jumpsuit no less), performing a duet of “Don’t Go Breaking My Heart” with Miss Piggy while Animal played drums with Dr. Teeth and the Electric Mayhem behind them.

Kermit the Frog and Miss Piggy met on The Muppet Show, and speculation about their relationship has run rampant ever since. The pair are like the Muppet version of Brad Pitt and Jennifer Aniston — two huge stars whose love story fans can’t get enough of, regardless of whether or not they’re actually together. And that’s the question: are they actually together? The answer, it appears, is it’s complicated.

According to Insider.com, which compiled a timeline of the couple’s relationship, Kermit and Miss Piggy have, over the years, claimed a domestic partnership, a “committed relationship,” got married on screen only to later clarify that it was only their characters that tied the knot, planned a real wedding and have broken up publicly multiple times — including releasing a statement confirming their split in 2015.

Why Are Most Muppets Left-Handed?

It never occurred to me, until it was pointed out, that most Muppets are left-handed. And if you watch the series, it’s true. Especially when they have to use a hand to hold something or to gesture, it’s most often their left hand.

The reason for this is remarkably simple: the puppeteers controlling the characters are most often right-handed, so they use their right hand to control the Muppet’s mouth. Therefore, when they need to control a character’s limb, they have to use their left hand.

That said, there are some characters that use both hands. Rowlf the Dog, for example, needs both paws to tickle the ivories. And the Swedish Chef couldn’t cook up a delectable dish with just one hand. Evidently, Jim Henson and famed Muppet puppeteer Frank Oz tag-teamed control of the Swedish Chef character, with Henson providing the voice and mouth puppet work while Oz controlled the hands.

All it takes is about 10 seconds of listening to the song “Mah Nà Mah Nà” from The Muppet Show to get it stuck in your head for the rest of the day (which is why you should watch the video below with caution).

The song, as performed by Muppets Mahna Mahna and the Snowths, became famous on The Muppet Show, but it actually has a more “adult” origin. Penned by Italian composer Piero Umiliani in 1968, the tune first appeared in an Italian movie released the same year, called Sweden: Heaven and Hell. The film is a documentary described as “focus[ing] on different aspects of sexuality in Sweden such as lesbian nightclubs, porn films, the swinging lifestyle of married couples and the sex education of teenagers.” As Slate notes, the scene that the song plays over in the film “follows a bevy of statuesque, fur-swaddled blonds as they make their way through the snow to a sauna, then cuts to the same women clad only in carelessly draped towels, giggling as they soak up the heat.”

Although, after hearing it on The Muppet Show for years, it’s difficult not to watch the scene from Sweden: Heaven and Hell and not expect Mahna Mahna to pop up in the sauna and start singing along.

A version of this article was originally published on February 19, 2021.

11 Popular Toys We Were Obsessed With as Kids