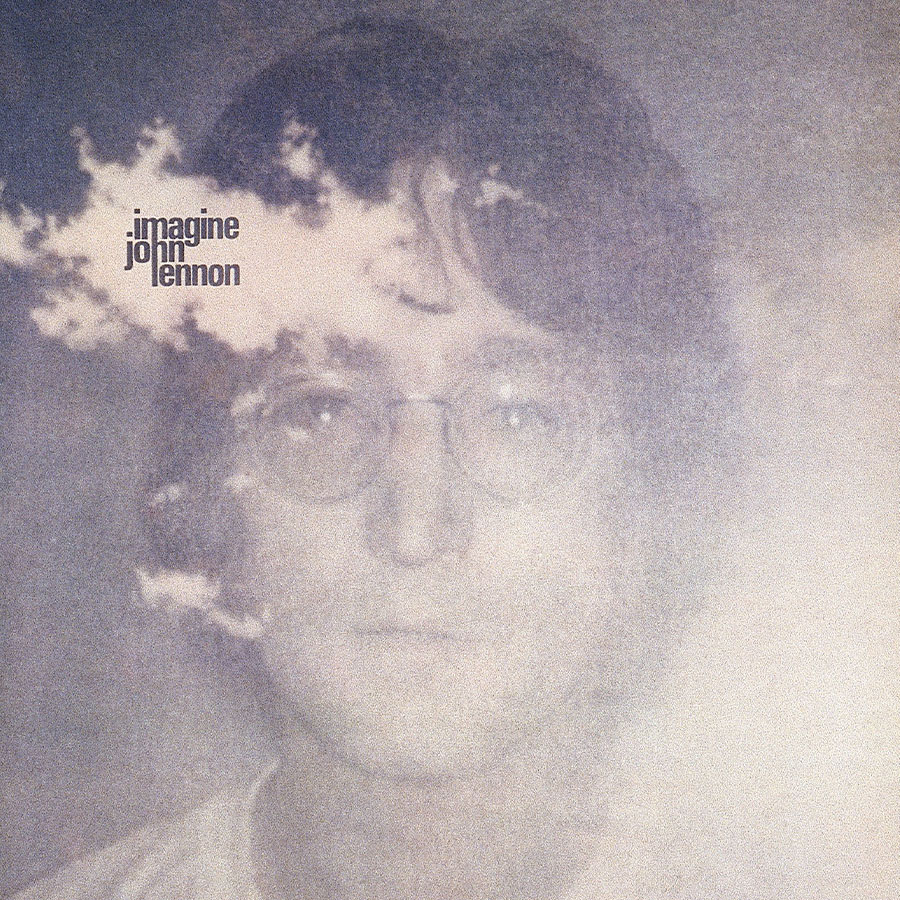 The 50th anniversary of John Lennon’s seminal 1971 album Imagine on Sept. 9 allows — nay, calls for — a celebration. And a re-listen.

To start, the album was born in tumultuous times. The 18 months surrounding Paul McCartney’s lawsuit to formally dissolve The Beatles (on Dec. 31, 1970) saw a flurry of releases from individual members of the band. Some of those albums are true classics — George Harrison’s sprawling All Things Must Pass and Lennon’s John Lennon/Plastic Ono Band — while McCartney’s home-spun self-titled debut and Ringo Starr’s Beaucoups of Blues have their charms.

Lennon’s Imagine, though, towers over all the others.

To celebrate the golden anniversary, Universal Music and Yoko and Sean Ono Lennon are hosting a worldwide listening party on Thursday to mark the occasion, with an opportunity to watch the 1971 film Imagine, listen to the album and tweet along with the hashtag #IMAGINE50.

If you prefer a more solitary observance, you can break out the new vinyl release of Imagine: The Ultimate Mixes & Out-Takes, which supplements the original album with several discs of alternate takes, mixes and demos (handily, some of the material is available on Spotify if you would like to take it for a test spin).

The album’s milestone also allows for a chance to re-examine the record (and the title single in particular) and its place in contemporary culture. This is trickier than one might assume. We know this album so intimately; we’ve been living with it for 50 years, after all. That familiarity, though, gets in the way of seeing the album for what it is; we know too much to come to the record fresh.

It is no secret that John Lennon was a troubled man. Beyond being a self-described “troublemaker,” Lennon was scarred by an unsettled childhood and the death of his mother Julia when he was a teenager. He was given to violence, sometimes against the women in his life, and was known to be short-tempered, with a caustic and often cutting sensibility.

By 1971, Lennon himself was well aware of these issues. His first official solo album, John Lennon/Plastic Ono Band (1970), bore the hallmarks of primal therapy (a.k.a. primal scream therapy) — a therapeutic approach which focused on the repeated reliving of childhood trauma in order to come to terms with it. “Mother,” for example, dealt with Julia’s death, and her distance while alive. The album also demonstrated his detachment from his previous life, with songs like “God,” and the line “I don’t believe in Beatles.”

John Lennon/Plastic Ono Band was — and remains — an intense listening experience. For its follow-up, Lennon sought a more deliberately commercial approach. Imagine, with its string sections and horns, is definitely a softer sounding album but, lyrically and thematically, it is almost as intense as its predecessor and, at times, more vicious.

In particular, “How Do You Sleep?” is a swipe at Paul McCartney, who Lennon thought had been mocking and defaming he and Ono in the press and on his May 1971 album Ram. McCartney, in a 1984 Playboy magazine interview, conceded that “Too Many People” contained digs at Lennon, though he denied other attacks on the album. The fact that George Harrison plays on “How Do You Sleep?” — as he does on half of the album’s tracks — adds a greater frisson to the building internecine rivalry.

Completely at odds with the viciousness of “How Do You Sleep?” is the plain-spoken intimacy of “Jealous Guy,” one of Lennon’s most beloved songs. It is difficult to hear lines like “I didn’t mean to hurt you, I’m sorry that I made you cry” and not see Lennon attempting to come to terms with his violent actions in the past. “Crippled Inside,” meanwhile, reads like an unburdening of self-loathing set to a traditional rock and roll beat.

Those sorts of contradictions — brutal, but tender; accusatory, but self-loathing — are at the heart of Lennon’s music and, for many, the key to much of his appeal. Nowhere, though, are those contradictions more obvious than in the album’s title track.

“Imagine,” the song, has become almost a standard over the past half century. Like Bob Dylan’s “Blowin’ In the Wind,” “Imagine” feels like a folk song, a relic of a common lore rather than something composed. It has taken on a life of its own: not only is it the best-selling single of Lennon’s solo career, it has been performed by more than 200 other artists, including the likes of Stevie Wonder, Lady Gaga, Elton John and Madonna.

It has been reimagined (no pun intended) at multiple Olympic opening or closing ceremonies (including in Atlanta, as a tribute to those injured in the Olympic Park bombing, and earlier this year at the Tokyo Games in a rendition by Hans Zimmer); Neil Young performed it in the wake of the 9/11 attacks, 20 years ago this week; and it has been called one of the greatest songs of all time by Rolling Stone, the CBC, the BBC, Guinness World Records and the Grammy Hall of Fame.

The song is, at heart, a prayer for peace, a hushed imagining of a world free of conflicts: no heaven or hell, no countries or religion, “nothing to kill or die for,” no possessions, no greed or hunger (you’re likely singing at this point, aren’t you?).

Inspired by Ono’s poetry (Lennon would later say she should have received a writing credit, which eventually came in 2017), and bearing the mark of not only his primal therapy but also his prior experiences with eastern religions and meditation in the late ’60s, it’s a simple song, innocent and pure of heart, idealistic and personal.

Of course, it doesn’t always seem that way. It’s easy to criticize Lennon for “Imagine” — the audacity of a stupefyingly rich man writing “imagine no possessions” in his palatial house at Tittenhurst Park, for example, tends to ring of hypocrisy. (And the mawkish, tone-deaf celebrity-Zoom “we’re all in this together” version released early in the pandemic brought these issues into sharp relief, while at the same time  offering no musical value whatsoever.)

So how, 50 years on, should we approach “Imagine?”

Sometime this week, clear an hour and drop the needle (literal or digital) on Imagine — side one, track one.

What you will hear is pain, the sound of a man struggling — with himself and with the world around him. Sure, there are strings and soft piano, but “Imagine” is the sound of a man attempting to create, if only in his mind, a better world, as well as a better version of himself.

There is no hypocrisy in a rich man yearning for no possessions; you only have to look ahead in Lennon’s life a few years, to the half-decade he spent as a househusband and father to see how he dealt with the trappings of fame. That emotional honesty, that purity, is what has made the song the anthem it is. And, unfortunately, it remains timely.

Listening to “Imagine” today, one is struck with a wave of sadness: that the world of people living in peace is as far in the distance now as it was 50 years ago, if not farther.

But then it also offers the tinge of hope that, someday, the world really will live as one.

40 Years Later, Why the Death of John Lennon Still Resonates