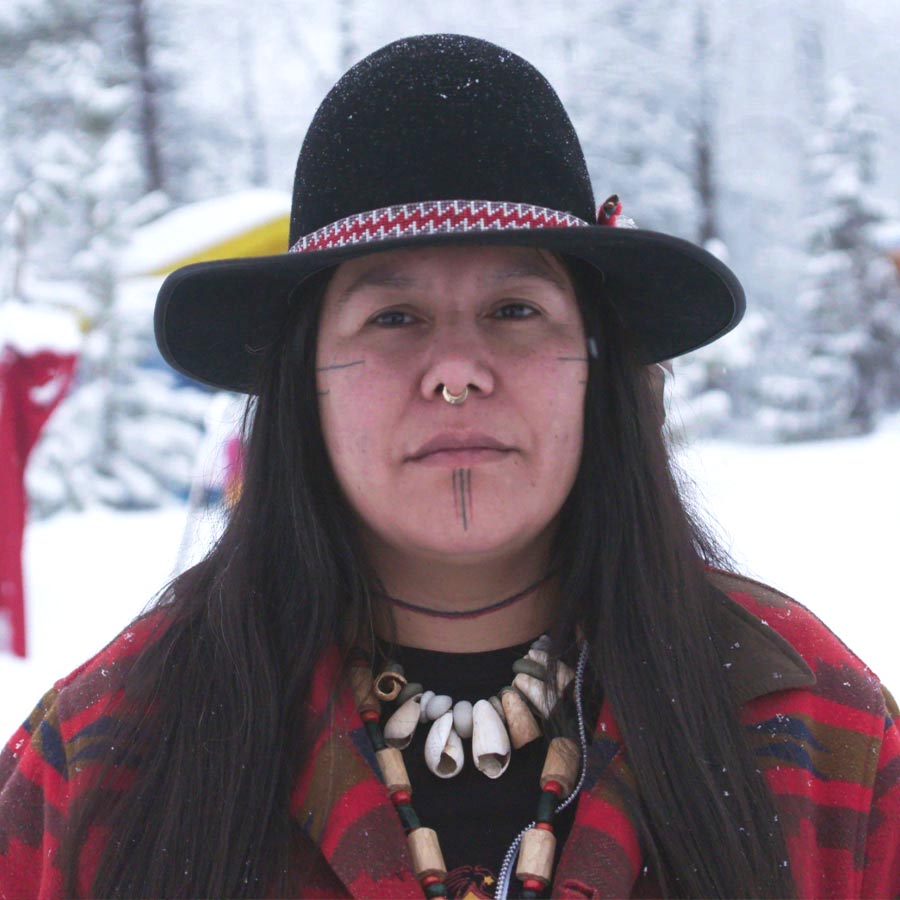 The third season of 'Skindigenous' explores nine different Indigenous communities across Canada — such as Blue River, BC, above — and the traditional tattoo culture that the younger generations are bringing back to prominence. Photo: Courtesy of Nish Media

Skindigenous, the acclaimed docuseries that uses the lens of tattoo artistry to explore the daily life, traditions and rituals of Indigenous cultures around the world, returned this week with its third season premiere on September 15. And as many of the practices of commemoration and storytelling through ink on skin have been threatened, or dormant, for generations due to colonial interference, the series tracks a new generation of Indigenous artists that have begun to revive interest in, and resurrect ancient knowledge of, those practices.

Much of this new season is rooted in Canada, with nine of the 13 episodes filmed in Indigenous communities across the country. Early episodes in the season were filmed in South America and among a Filipino community in Los Angeles brought together through tattoo art, “but then the pandemic hit, and production had to shift gears,” says the series producer Jason Brennan.

The idea for the series came from an a-ha moment Brennan had while filming a documentary in Thailand. “We were filming traditional Thai tattooing, and I had a flash, wondering if this existed in other Indigenous cultures,” he says. As serendipity would have it, he then came across a man working on his masters degree on the subject. Delving deeper, he discovered that some 40 percent of the world’s population has a tattoo.

“It’s like we caught lightning in a bottle,” he says. “This has been our most successful program, in terms of international sales and where it is broadcast. It is very niche but with a big following, in Europe, the US, Sweden and New Zealand.”

The timing was great: “The rise came from an interest in tattooing, merging with an interest in finding roots. This explores who we are as a people and our roots: most of our episodes feature someone who has decided they are ready to put on display who they are with a tattoo.”

Brennan himself is Anishinaabe from Kitigan Zibi, his home community a little more than an hour outside of Ottawa; today his 15-year-old production company Nish Media, of which he is president, is headquartered out of Gatineau, Quebec. He is also used to bridging languages and cultures: “My mother speaks French, my father is anglophone.”

Some of Nish Media’s credits include Hit the Ice and Wapikoni and Premier Contact, the French-language adaptation of First Contact, and Brennan is currently filming a French drama series on residential schools — the first fully Indigenous production in Radio-Canada’s history.

Skindigenous, Brennan says, is a way of “exploring what it means to be Indigenous today.” In the process, the team discovered a sad truth about tattoo culture in many Indigenous communities — that various outside forces, from 18th century missionaries in the Canadian Arctic to various Canadian governments in the 19th and 20th centuries, instituted policies and practices that ultimately stifled our directly banned tattooing.

“Unfortunately all that was outlawed,” he says. “People had to stop tattooing.”

In seeking out artists across Canada this season who are reclaiming these traditions, Brennan explains that “all the tattoo artists had personal reasons for getting into the art form and why they are doing it.” These range from personal healing to giving energy to others, from seeking out ancestral roots and connecting to ancestry to sharing old imagery and symbolism with a new generation.

Production took place in Blue River and Prince Rupert and Bella Coola in British Columbia; Edmonton and Maskwacis in Alberta; Regina, Sudbury, Toronto and Halifax, with stories of artists and clients and what they seek and find together.

Some of the artists use traditional stick-and-poke techniques and make their own inks; some use more modern tattoo guns. Like the vast range of Indigenous cultures and stories out there, Brennan says, there are many approaches to tattooing.

“Traditional practitioners have done the research on what designs mean and how they would be used.”

Sometimes these symbols are sacred, “what was done hundreds of years ago is being redone with appropriate weight. The artist would only work with people they deem appropriate to get those markings.” Other times people are reconnecting with roots, and “don’t want traditional designs, but rather an Indigenous artist who is doing their own interpretation of a raven.”

In some ways, Brennan regrets having completed his own tattoos before starting on this series. “I’m done,” he says firmly of his own body art. “But I wish I had had the option to go to an Indigenous tattoo artist, for Indigenous imagery.”

The third season of Skindigenous airs Wednesdays at 2:30pm ET and 8:30 pm ET on APTN, and streams on the APTN lumi service. Click here for more details.

How Indigenous Burning Practices Can Help Curb the Biodiversity Crisis