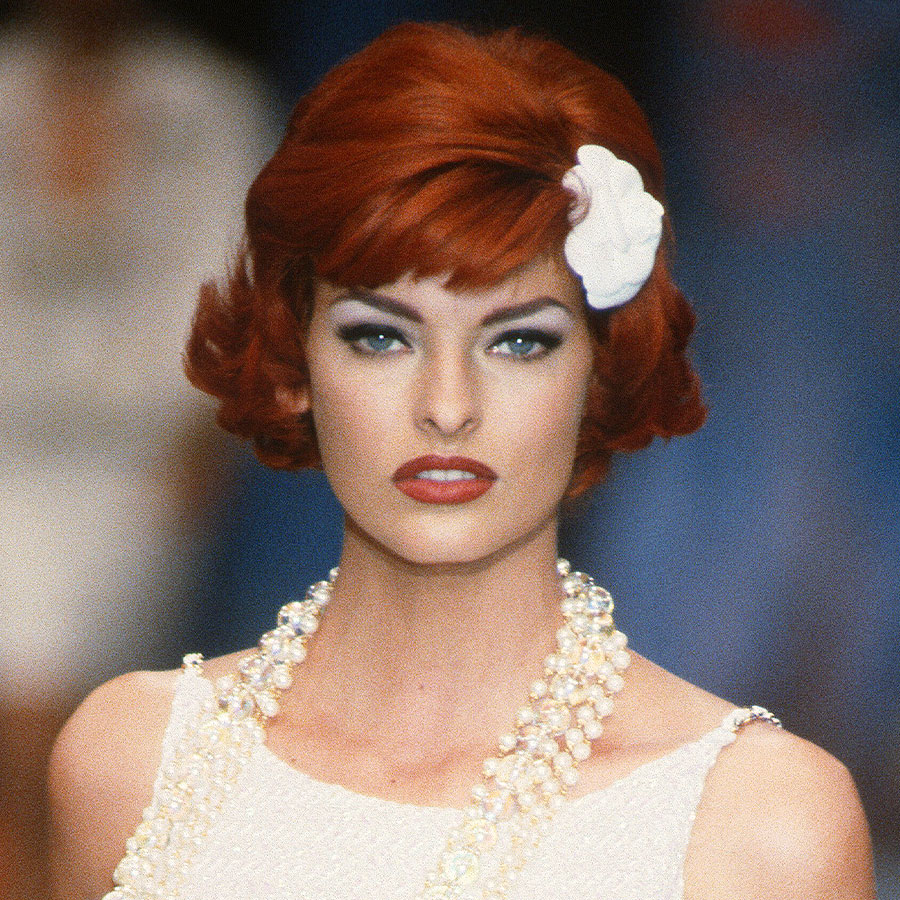 Linda Evangelista, seen here walking the runway during the 1992 Chanel Ready to Wear show in Paris, said in an Instagram post on Wednesday that a non-surgical procedure called CoolSculpting, which she underwent five years ago, left her "brutally disfigured" and unable to work. Photo: Victor VIRGILE/Gamma-Rapho/Getty Images

Former supermodel Linda Evangelista has filed a $50 million lawsuit over cosmetic procedures that she says left her “brutally disfigured” and turned her into a recluse.

The Canadian model, 56, one of the biggest figures on runways and magazine covers in the 1990s, said in an Instagram post that she had undergone treatment to reduce fat some five years ago.

“To my followers who have wondered why I have not been working while my peers’ careers have been thriving, the reason is that I was brutally disfigured by Zeltiq’s CoolSculpting procedure which did the opposite of what it promised,” she wrote in the posting on Wednesday.

She said she suffered a rare side effect called paradoxical adipose hyperplasia (PAH) after the procedures, which causes people to develop a swelling in the areas that were treated.

“PAH has not only destroyed my livelihood, it has sent me into a cycle of deep depression, profound sadness, and the lowest depths of self-loathing. In the process, I have become a recluse,” she said.

Zeltiq Aesthetics, a unit of Allergan Aesthetics and parent company AbbVie, did not return a call for comment.

Evangelista filed the lawsuit on Tuesday in New York federal court against Zeltiq for negligence, misleading advertising and alleging that the company failed to warn customers of the possible side effects.

The lawsuit says Evangelista underwent multiple procedures between 2015 and 2016 to reduce fat on her thighs, abdomen, back, flanks and chin. Corrective surgery had not worked to fix the PAH.

She is seeking $50 million in damages for lost income and emotional distress, saying she was now unemployable as a model and has not earned anything from modeling since 2016.

Messages of Support Pour In

Since sharing her story, Evangelista received messages of support from friends and fellow supermodels in the industry as they commented on her Instagram post.

Another of the world’s most famous supermodels, Naomi Campbell, 51, added, “Elos I applaud you for your Courage and strength to Share your experience and not be held hostage by it anymore .. You know I love you . We love you ., and here for you always Right by your side .. I can’t imagine the pain you gone through mentally these past 5 years ., your free of it now .. remember who you are , and What you have achieved and your influence and all the lives of people you have touched , and still doing so to this very day by sharing your story . Proud of you , and support you every step of the way.”

Meanwhile, Christie Turlington, 52, who dominated runways alongside Evangelista, simply commented: “You are loved.”

“Thank you for your courage and strength. I love you dear Linda,” Marc Jacobs, 58, wrote, adding three heart emojis.

Canadian filmmaker David Furnish, 58, who is also the husband of Elton John, added, “You are a brave and courageous woman. Sharing your struggle so openly will free you and make you stronger. Sharing your journey will educate others and hold the people who let you down accountable. God bless you and sending love.”

Longtime Fashion Television host, and fellow Canuck, Jeanne Beker, 69, commented, “Love you dear Linda! Here’s to living in the light and continuing to inspire us all with the true beauty that you are…”

Another Canadian supermodel — Dayle Haddon, 73 — wrote, “Good for you Linda. Step into the light. You are loved and appreciated!” while Canuck stylist and journalist Joe Zee, 52, added, “Linda, I love and admire you tremendously and so much respect for your words. Sending so much support and love to you and we Canadians are strong. You are my hero.”

Fashion editor and broadcaster Tim Blanks, who got his start on the CBC television program Fashion File, commented, “Linda, feel the massive love and support here. THAT is who you are.”

“You are and always will be a supermodel now adding super role model of courage to your glorious resume,” I love you,” wrote 46-year-old Moschino fashion designer Jeremy Scott.

Fellow fashion designer Brandon Maxwell, 37, said that he was “so sorry you have had to endure something so painful,” adding that he had idolized her growing up.

“I have always recognized you as someone who was physically beautiful, but more importantly you really shone bright from within,” he concluded.

In a lengthy comment, Danish supermodel Helena Christensen, 52, applauded Evangelista for her courage and strength.

“It would’ve taken immense courage and strength to write these words,” she said. “I can honestly say that I broke down in tears reading this.

“Not only because I knew in my heart you somehow had been quietly going through something deeply personal and disturbing but also because I thought of all the scars life leaves on us all, whether physical or emotional and how long we suffer mostly in silence and alone.

“It is so important and beautiful when someone steps out of the shadow and are brutally honest and real. Thank you for being beautiful inside and out.”

“You are the greatest icon, forever beautiful from the inside out,” American actress and model Carolyn Murphy, 47, added. “We are all here to support you and love you.”