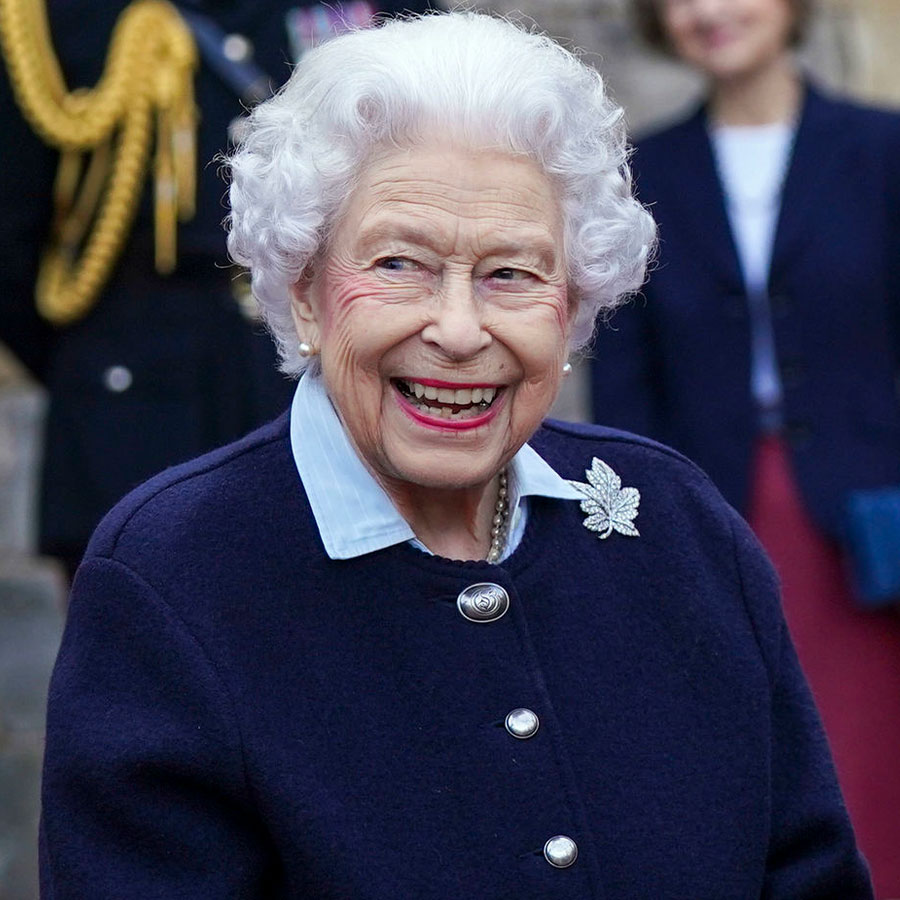 Queen Elizabeth on Wednesday welcomed a group of Canadian artillery soldiers to Windsor Castle, where the regiment members are assuming guard duties.

The Queen, 95, wore her maple leaf brooch — which was originally made for the Queen Mother as a gift from King George VI — while greeting members of the Royal Regiment of Canadian Artillery in the guardroom at Windsor Castle. She also visited the soldiers’ accommodations and chatted with them about their homes and families in Canada, the Royal Family said on Twitter.

Later, the monarch headed to the Parade Ground to present a select group of officers from the regiment with the Captain General’s Sword, awarded to those who demonstrate “exemplary leadership.”

The Royal Regiment of Canadian Artillery are undertaking duties in the U.K. for the first time. The visit commemorates the 150th anniversary of the regiment’s A and B Batteries, which were founded in Kingston, Ont. and Quebec City respectively, and were the first permanent units of the Canadian Military.

In addition to Windsor Castle, the 90 regiment members — many of whom are based out of Manitoba’s C.F.B. Shilo — have been posted at Buckingham Palace, St. James’s Palace and the Tower of London.

Canadian artillery soldiers began their Queen’s Guard duties on Monday with “Changing of the Guard” ceremonies at Buckingham Palace and St. James Palace.

“This is truly a once in a lifetime opportunity for our soldiers and they are embracing every moment of it,” Major Michael Crosier, Guard Commander of the Royal Regiment of Canadian Artillery U.K. Public Duties Contingent, told CTV News on Monday. “While training and preparations leading up to this were at times long, when Canadian soldiers marched onto the forecourt of Buckingham Palace, they truly felt the full magnitude of their duties.”

The regiment’s posting also marks a first since the start of the pandemic.

“Yesterday the 1st Royal Canadian Horse Artillery took on guard duties at Buckingham Palace, becoming the first overseas regiment to take part in Changing the Guard since the start of the pandemic,” an Instagram post from the Royal Family’s account noted.

For the mount and dismount ceremonies, which take place several times throughout the month, the Queen’s Guard will be accompanied by the 36-person Royal Canadian Artillery Band, based in Edmonton.

The regiment will return home on Oct. 22.​