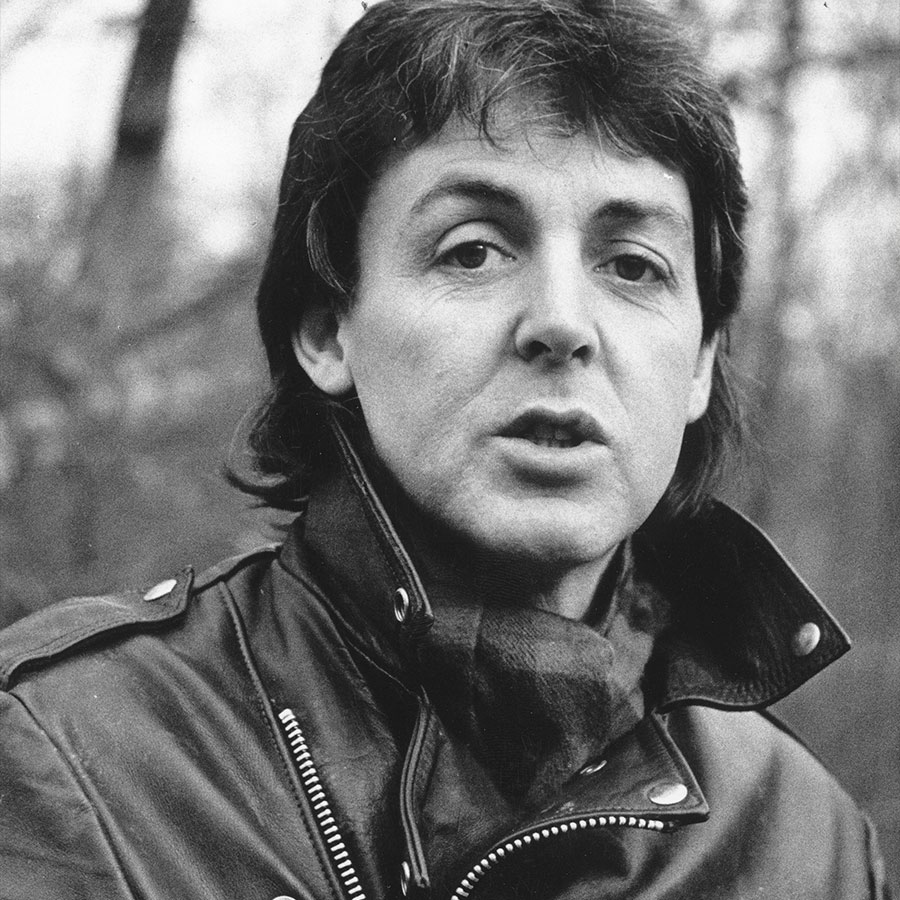 Rock legend Paul McCartney on his farm near Rye, Sussex, after being deported from Japan for bringing drugs into the country on a concert tour with his band Wings in January, 1980. Photo: David Harris/Keystone/Getty Images

Legendary rocker Paul McCartney, 79, is 52 years older than Canadian pop idol Justin Bieber, 27. To put that into perspective, the year Bieber was born (1994), McCartney was working on the massive Beatles Anthology project.

Now, generally, it’d be fair to assume that two people aged 52 years apart probably don’t have much in common. But in this case, you’d be wrong.

From Beatlemania to Beliebers, McCartney and Bieber share plenty of common ground. Both have laid claim to, at one time, being the biggest pop star in the world, topping the charts while thrilling fans with their boyish looks and moppy hair.

To that end, both flashed such dreamy gazes upon being arrested — Paul in 1980 for marijuana possession in Tokyo and Justin in Florida in 2014 for “suspicion of driving under the influence, resisting arrest without violence, and driving with an expired license” — that the photos of them being booked could have been reused as the cover of their next respective albums.

I mean, McCartney’s reaction is classic “Don’t worry, baby, it’s all okay.” While Bieber’s mug shot screams both “If I was your boyfriend, I’d never let you go,” and “I’m Canadian and I’m sorry, Mr. Police Officer” at the same time.

But McCartney’s arrest for marijuana possession — he subsequently underwent a nine-day detention before being deported from Japan — leads us to another commonality between the two music superstars: weed.

While McCartney’s pot bust took place 41 years ago, he’s started a new venture growing hemp on his farm in England. According to the Daily Mail, the ex-Beatle is growing the hemp — which is used in everything from clothing and soaps to cosmetics and rope — alongside crops of spelt wheat, rye and peas.

There’s just one problem — McCartney, quoted by the Daily Mail from an interview with the River Cafe Table 4 podcast, noted that, “you’ve got to keep it where people can’t see it, because you get all the kids coming in and robbing it!”

And while McCartney, presumably, sits on the front porch of his English farmhouse and glares at the kids eyeing his hemp, wishing they would just “let it be,” Bieber is peddling a new line of pre-rolled joints thanks to a partnership with the cannabis company Palms.

Dubbed “Peaches” after his hit tune — on which he sings the line “I got my peaches out in Georgia/I get my weed from California” — the limited-edition joints represent Bieber’s foray into the cannabis market.

Bloomberg quoted Bieber as saying, “I’m a fan of Palms and what they are doing by making cannabis approachable and helping to destigmatize it — especially for the many people who find it helpful for their mental health.”

Meanwhile, CNN added that some of the proceeds from the Peaches sales will go to two charities: “Last Prisoner Project, which advocates for criminal justice reform around drug policy, and Veterans Walk and Talk, a charity that incorporates walking, cannabis and psychedelic use as therapy for former service people.”

Still, while you might spot Bieber lighting up and enjoying a toke, that’s where he and McCartney differ.

According to the former Beatle himself in 2015, he’s given up marijuana for good — as a service to his grandkids.

“I don’t [smoke pot] any more,” he told the U.K.’s Daily Mirror. “Why? The truth is I don’t really want to set an example to my kids and grandkids. It’s now a parent thing. Back [my younger days] I was just some guy around London having a ball and the kids were little so I’d just try and keep it out of their faces.”

To that end, McCartney’s releasing a second children’s book this week, Grandude’s Green Submarine, which follows a grandmother and grandfather’s adventures with their grandchildren.

Which, of course, will surely delight Sir Paul’s own grandchildren — well, at least until they’re old enough to start stealing his hemp.