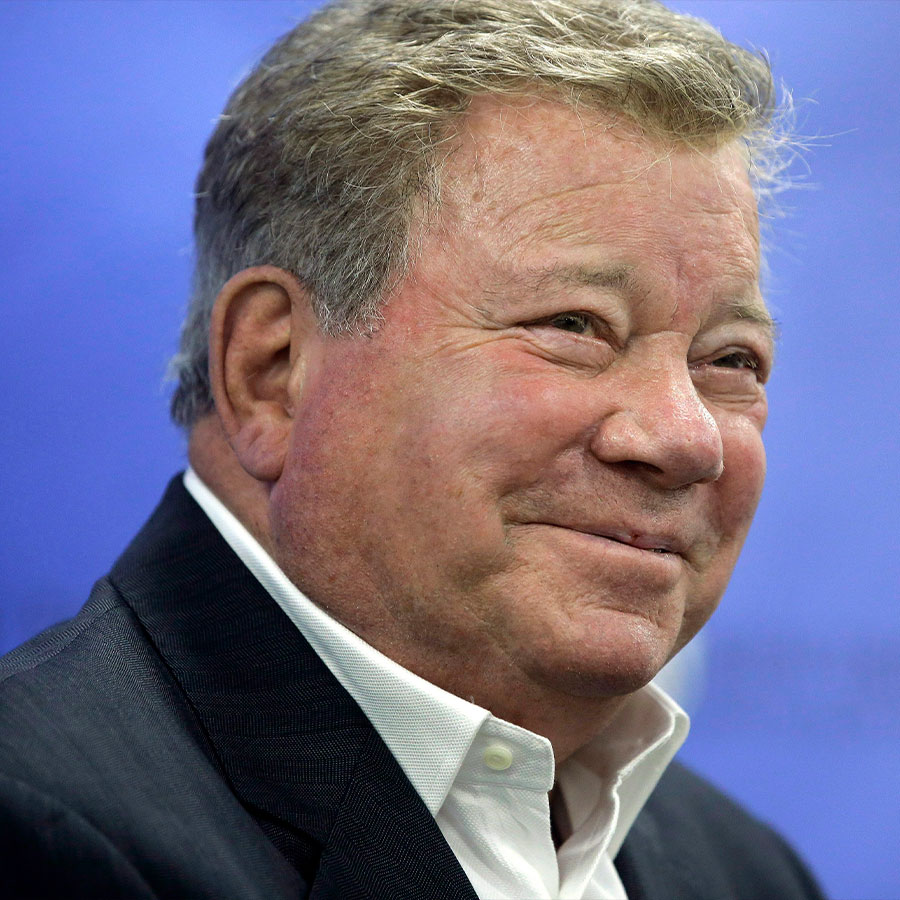 At the age of 90, William Shatner will become the oldest person to ever enter space when he exits Earth's atmosphere aboard Jeff Bezos' Blue Origin rocket ship on Wednesday. Photo: AP Photo / Steven Senne

Canadian astronaut Chris Hadfield is encouraging William Shatner to follow the wise words the actor himself uttered as Captain James T. Kirk ahead of his space launch on Wednesday: “Boldly go.”

Hadfield, 62, said he quoted the Star Trek actor’s famous line in a note wishing Shatner, 90, well ahead of his space launch aboard Jeff Bezos’ Blue Origin rocket ship on Wednesday. The flight, originally scheduled for Tuesday, was delayed 24 hours due to high winds.

Hadfield, a self-professed Trekkie and first Canadian commander of the International Space Station, said he was thrilled to hear his fellow Canuck would experience authentic space flight after years of playing the captain of the fictitious USS Enterprise.

“I think it’s great that a little kid from Montreal, who portrayed a legendary starship captain who inspired me as a kid, is now actually going to be weightless and in space and seeing the curve of the world from above,” Hadfield told The Canadian Press.

In 2013, long before space tourism took flight, Shatner picked Hadfield’s brain on space travel as he was floating aboard the International Space Station. One of the Star Trek actor’s burning questions was how Hadfield deals with fears surrounding the dangers of space travel. Hadfield explained that preparation was key in staving off any fear, likening it to an actor knowing his lines.

Revisiting that analogy ahead of the actor’s space flight, Hadfield maintained that Shatner’s years of experience on the stage would serve him well for his upcoming voyage.

“He’s done a lot of live theatre, and there’s pressure in that your entire reputation relies on your preparation and your skill,” Hadfield, whose debut novel, The Apollo Murders, hit shelves today, said in the same interview.

“He’s a super experienced and interesting and self-propelled guy. He’ll be fine.”

Hadfield also noted that Wednesday’s flight to space would differ greatly from Captain Kirk’s intergalactic adventures and his own travels in space. While Shatner piloted the USS Enterprise as a performer, he’ll be one of four passengers aboard Blue Origin’s New Shepard NS-18 capsule.

Instead of traversing the cosmos, Shatner’s suborbital flight will last 10 minutes and reach no higher than about 66 miles — just above the 62-mile “Kármán line” set by the Fédération aéronautique internationale as the boundary between Earth’s atmosphere and space.

“It’s sort of like the difference between diving into a swimming pool and swimming the Atlantic,” said Hadfield.

“It’s a purely physical, personal, psychological experience for him. Whereas the character he portrayed on Star Trek, or the reality of my space flight experience, that’s their life. That’s where they live. The environment defines who they are.”

The Gravity of Age

At 90 years old, Shatner will have the distinction of becoming the oldest person to enter space, beating out former pilot Wally Funk who set the record aboard Blue Origin’s debut launch at the age of 82.

At New York Comic-Con last week, Shatner said he had no interest in taking up the mantle.

“I don’t want to be the oldest guy in space,” Shatner said of his reply when Jeff Bezos told him of the record. “I’m Captain Kirk!”

When it comes to the physical demands of space flight, however, Hadfield said age is just a number and that there are a variety of medical factors that determine whether a passenger can safely sustain the rigours of rocket launch and re-entry.

“It’s a very benign flight profile,” he said of Shatner’s upcoming launch. “If you would trust your 90-year-old relative on a really rough roller-coaster, then I think you could trust him on this particular spaceship.”

For his part, Shatner isn’t worried about the wear and tear of a rough launch.

“The only thing about age that has application to this particular vehicle is getting in and out of the seat with any kind of arthritis,” Shatner told CNN  on Monday.

“So unless you’re really supple, getting in and out of the seats in weight, when we’re in gravity, is a chore. But of course it’s designed [for us] to float out of the seat, in weightlessness.”

Asked how he was feeling ahead of the launch, Shatner, who last week told the New York Comic-Con audience that he was terrified, says he’s looking forward to that moment of weightlessness and inspiration.

“I’ll be very happy when we go up and we’re in weightlessness, because everything else should be all right,” Shatner told CNN.

“And we’ll have that moment of inspiration, which I feel will be there when we’re looking into the vastness of the universe.”

When asked for some final words of advice for the Star Trek actor, Hadfield insisted that his wealth of life experience was all he would need.

But if he had one suggestion, it would be to simply enjoy the ride.

“Make the absolute most of it. Don’t miss the experience worrying about ancillary stuff,” said the former astronaut. “Really soak it up.”