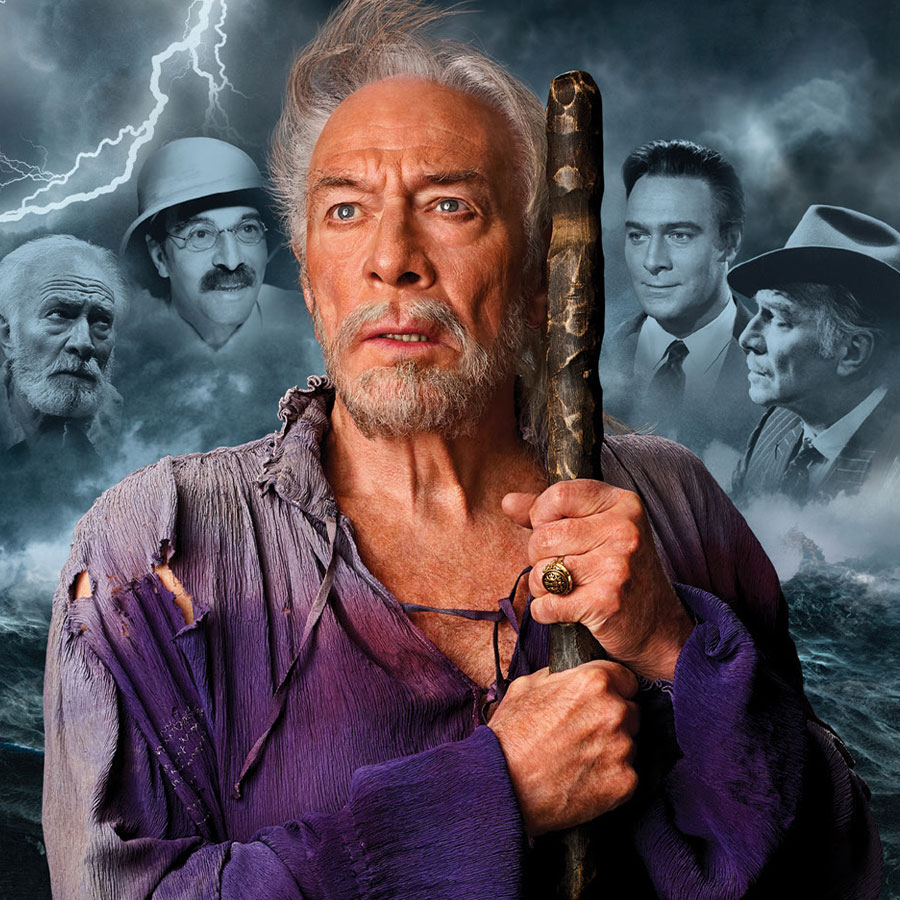 Canada Post says Christopher Plummer was involved in selecting the roles featured on a new stamp commemorating the late actor, who passed away in February at age 91. Photo: Courtesy of Canada Post

The Toronto-born stage and screen star, who died at age 91 in February, was said to be thrilled when first approached about the stamp and even helped choose the roles featured in the artwork.

Selected from over 200 credits in film, television and theatre, the new stamp features Plummer in five roles representing key moments in his celebrated career.

In the foreground he appears as Prospero from a 2010 Stratford Festival production of The Tempest, while the background features him as King Lear from a 2002 Stratford production; Rudyard Kipling in the 1975 adventure film The Man Who Would Be King; Captain Georg von Trapp from the 1965 musical The Sound of Music, which brought him international fame; and John Barrymore in the 1996 play Barrymore, which marked his return to the Stratford stage after nearly 30 years.

An article from Canada Post Magazine notes that — even with the help of Plummer himself — narrowing down his storied career to a few roles “was no easy task.”

In a career spanning seven decades, the legendary performer collected countless awards and honours, including two Emmys, two Tonys and an Academy Award, which he earned at the age of 82 for his supporting role in 2010’s Beginners — becoming the only Canadian to achieve the triple crown of acting. He remains the oldest person to win an acting Oscar.

Plummer was also appointed a Companion of the Order of Canada and was a recipient of a Governor General’s Performing Arts Award for Lifetime Achievement. He was inducted into both Canada’s Walk of Fame and the Theater Hall of Fame in the U.S. and received a number of honorary doctorates, including from McGill University, the University of Toronto and New York’s Juilliard School.

The stamp, meanwhile, captures the actor’s longevity and unique career trajectory — which saw him embrace new and challenging roles on both screen and stage right up to near the end of his life.

In addition to his work as Prospero at Stratford, Plummer also performed his autobiographical one-man show, A Word or Two, at the festival in 2012.

On the big screen, in 2010, at the age of 80, he was nominated for his first Academy Award for the supporting actor performance as Russian novelist Leo Tolstoy in The Last Station. And his 2012 Academy Award-winning performance in Beginners saw him play a 75-year-old with terminal cancer who comes out as gay after the death of his wife. The actor was nominated once more, in 2018, again for a supporting role, playing tycoon J. Paul Getty in All the Money in the World — a feat made even more impressive by the fact that he was brought in as a replacement for actor Kevin Spacey and had to shoot all his scenes in nine days.

Putting his comedy chops to the test, Plummer voiced the obsessive villain Charles Muntz in the animated film Up and brought panache to Star Trek VI: The Undiscovered Country (1991) as the Shakespeare-quoting Klingon, General Chang.

He would go on to dazzle audiences in the surprise 2019 hit Knives Out.