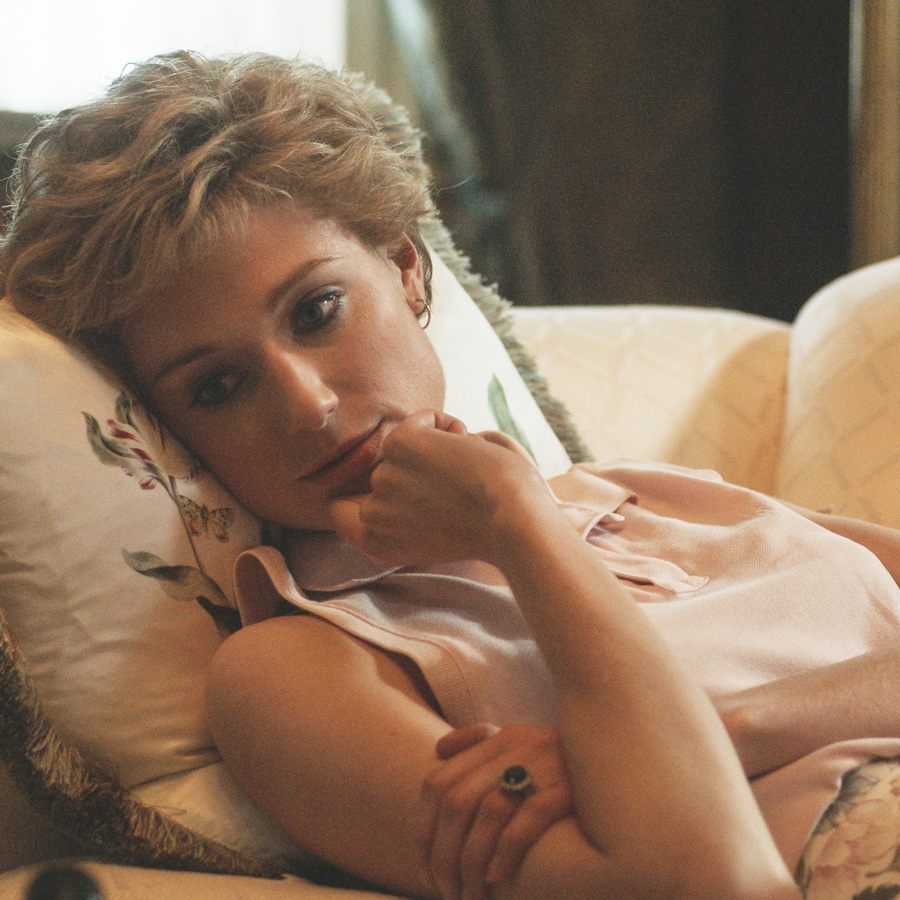 Australian actress Elizabeth Debicki, seen above as Diana, Princess of Wales, in the upcoming fifth season of 'The Crown.' Fans got another glimpse of her in the role — as well as a look at actor Dominic West as Prince Charles and the young actors playing Princes William and Harry — in new photos from the set shared on social media on Monday. Photo: Courtesy of Netflix

Fans of The Crown were treated to yet another behind-the-scenes look at the highly anticipated fifth season on Wednesday, with new photos of Elizabeth Debicki, 31, and Dominic West, 51, as Diana and Charles on their 1991 family trip to Italy, which took place just a year before their divorce.

The two new cast members were photographed aboard the Christina O yacht — a stand in for Charles’ beloved Alexandra yacht — off the shore of the Belearic Islands in Spain. The Christina O, which was once owned by Jackie Kennedy and Aristotle Onassis (and was named after the shipping magnate’s daughter), has played host to several weddings — both celebrity and royal — including Princess Grace and Prince Rainier’s in 1956, Heidi Klum and Tom Kaulitz’s in 2019 and Jackie and Aristotle’s wedding reception in 1968.

Fans also got another look at child actors Timothee Sambor, 11, and Teddy Hawley, seven, who play Princes William and Harry. The pair were seen on the deck of the boat wearing matching white polo shirts.

The new shots appear to pick up from where the last photo leak in September left off, with both Debicki and West wearing the same outfits in this new crop of photos. Debicki wears a high-neck floral dress, while West dons a brown windowpane suit, similar outfits to what Charles and Diana wore at Expo ’92 in Seville, Spain.

The previous set of photos, taken at Dunsfold Aerodrome in Surrey, about an hour outside London, show The Crown newcomers with young Princes William and Harry in tow as the family appears to prepare for a private flight.

Once again, all eyes were on Debicki, who looks every bit the part of Diana in these latest shots from the set, from her short chic haircut to her floral print dress — both quintessential elements of Diana’s style in the early ’90s. And despite measuring 6 feet and 3 inches (Debecki is half a foot taller than the real former princess, a nice turnabout from the shorter actresses who have been cast in the role), she still manages to nail Diana’s look.

In August, after Netflix revealed a sneak peek of Charles and Diana in the upcoming season, fans praised the casting of Australian actress Debicki for her uncanny resemblance to the late royal, but overwhelmingly disagreed with West as Prince Charles.

The fifth and sixth seasons of The Crown are expected to span the mid-’90s through to the early 2000s, including, most likely, seminal moments such as Diana’s bombshell 1995 Panorama interview as well as her tragic death two years later.

Debicki, who is slated to play the People’s Princess in the sixth season of The Crown as well, seemed well aware of the pressure that comes along with portraying such an iconic and beloved figure ahead of filming.

“It’s a dream role. She is such a remarkable human being and she really does still live in the hearts of so many people,” she told The Mirror after landing the role. “I’m overwhelmed, I’m terrified and I’m excited. I can’t wait to start.”

Reflecting on Diana’s lasting impact in an interview with Gotham magazine  she said the former princess was “like a symbol — like a magical person. I’m coming to understand more intimately how she existed and still exists very profoundly in [the] collective consciousness.”

Other new additions to the cast include Imelda Staunton, 65, as Queen Elizabeth, Jonathan Pryce, 74, as Prince Philip and Lesley Manville, 65, as Princess Margaret.

According to Variety, the COVID-delayed production of the fifth season began in July, which likely means fans will have to wait until next year to see the latest instalment.