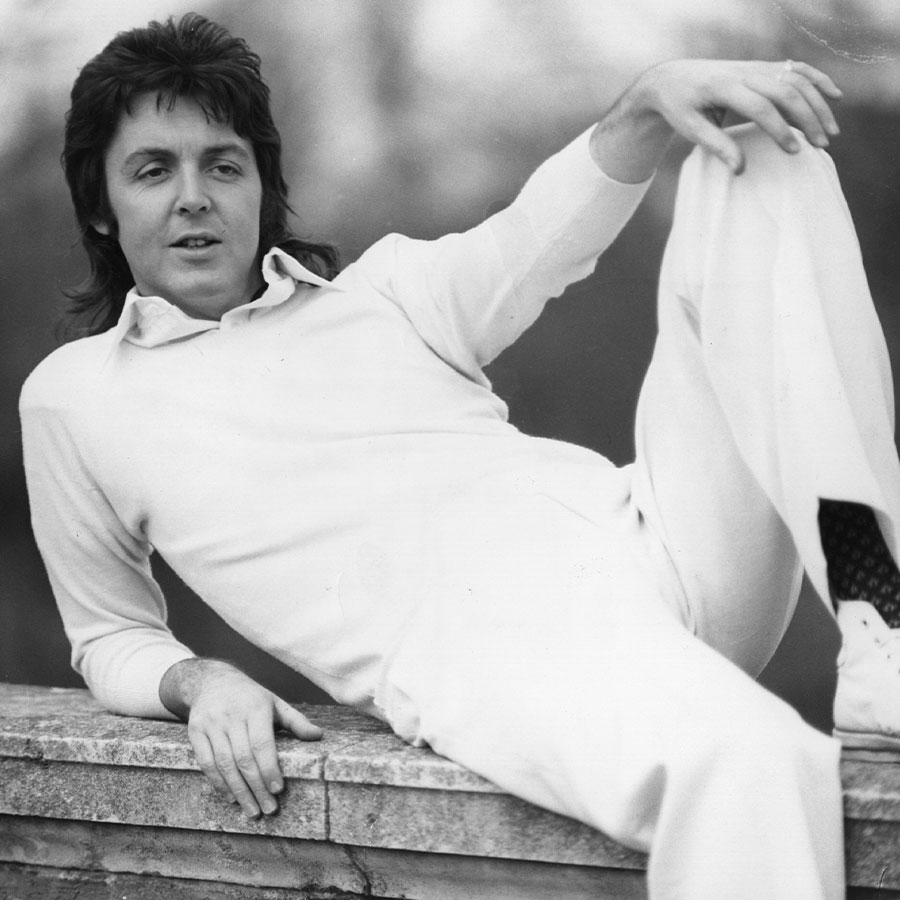 In his new book, Paul McCartney — seen here striking a pose in 1973  — explores "his life and art through the prism of 153 songs from all stages of his career," including the iconic hits he penned with John Lennon as a member of The Beatles. Photo: Evening Standard / Getty Images

Sir Paul McCartney says “eroticism” was “very much a driving force behind” all his early songs.

The Beatles legend — who co-wrote with his bandmate John Lennon — says the tracks that defined the first part of the Fab Four’s career were all about his interest in girls and his raging libido.

The 78-year-old singer/songwriter made the revelation in his new book, The Lyrics: 1956 to Present, which is a 960 page exploration into “his life and art through the prism of 154 songs from all stages of his career.”

In an extract from the tome about the 1963 single “I Want To Hold Your Hand,” which has been published by The Times newspaper, Paul wrote: “There was an eroticism behind it all. If I’d heard myself use that word when I was 17, there would have been a guffaw. But eroticism was very much a driving force behind everything I did. It’s a very strong thing. And, you know, that was what lay behind a lot of these love songs. ‘I want to hold your hand’ [and probably do a lot more!]”

Paul was dating English actress Jane Asher at the time he penned the hit, but he insists she was not the sole inspiration for the track.

He explained: “‘I Want to Hold Your Hand’ is not about Jane, but it was certainly written when I was with her. To tell you the truth, I think we were writing more to a general audience. I may have been drawing on my own experience with a person I was in love with at the time — and sometimes it was very specific — but mostly we were writing to the world.”

Paul lived with Jane and her family at their Wimpole Street town house in London, before they got their own house. They were engaged until the Alfie actress caught him in bed with Beatles groupie Francie Schwartz, leading to her calling off their wedding in July 1968.

In the book extract, there was also his musings on the 1965 song, “We Can Work It Out,” which Paul penned when “things were not going so smoothly” with Jane, now 75.

He wrote: “Most of the time we got on really well, but there would be odd moments where one or other of us would get hurt. Time has told me that millions of people go through these little squabbles all the time and will recognize just how common this is, but this particular song was not like that; it was, ‘Try to see it my way.’ I started writing the song to try to figure my way out of feeling bad after an argument. It was really fresh in my mind. You can’t write this kind of song two weeks later. You have to do it immediately. Writing a song is a good way to get your thoughts out and to allow yourself to say things that you might not say to the other person.”

With the Release of the First Trailer, Discover 5 Fascinating Facts About Peter Jackson’s Beatles Doc, “Get Back”