Will We Love Lucy? The First ‘Being the Ricardos’ Trailer Raises Questions About the Nicole Kidman-Led Lucille Ball, Desi Arnaz Biopic 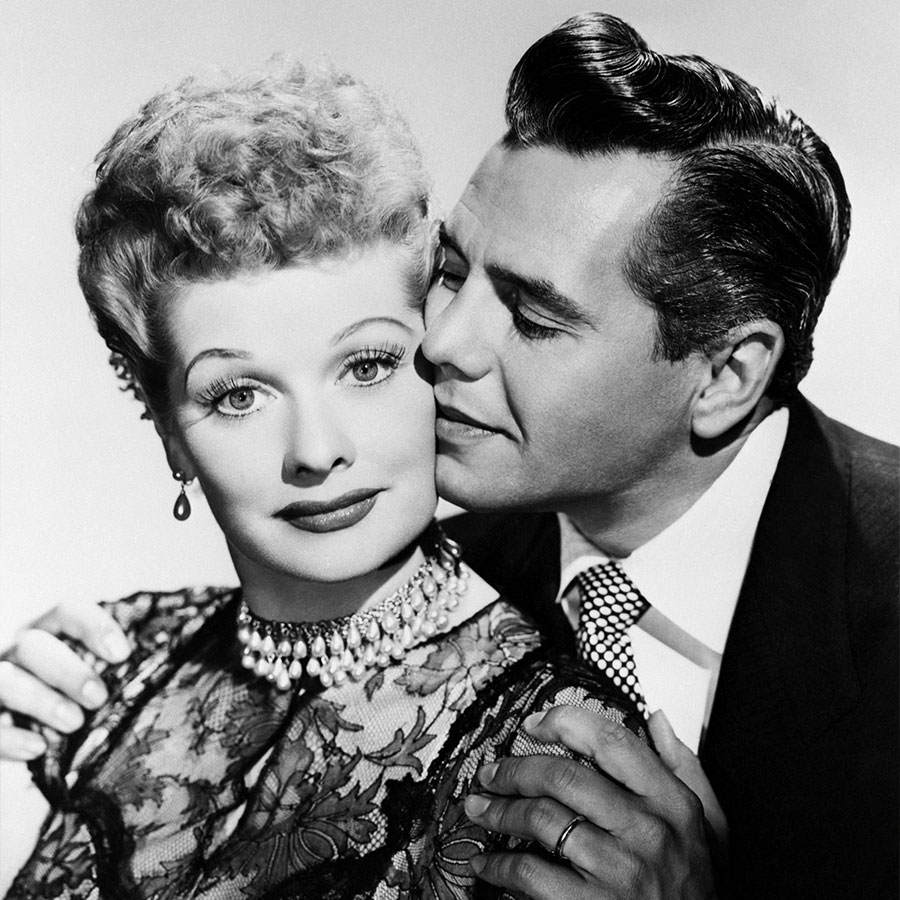 Nicole Kidman and Javier Bardem play Lucille Ball and Desi Arnaz — seen above in 1953 — in the upcoming biopic 'Being the Ricardos.' But the first teaser trailer for the film raises some concerns about the depictions. Photo: Bettmann / GettyImages

The first teaser trailer for the Lucille Ball/Desi Arnaz biopic Being the Ricardos dropped Tuesday and it is, indeed, a tease.

But the big question is whether it’s a tease for a great film, or a tease of what could have been (You can watch it below and decide for yourself.)

The film stars Nicole Kidman as Lucille Ball and Javier Bardem as Desi Arnaz – and was written and directed by Aaron Sorkin. But even before the movie’s release (it hits theatres on Dec. 10 and drops on Amazon Prime on Dec. 21), it’s provoking a divisive reaction among the fan base of I Love Lucy — which ran for six seasons between 1951 and 1957 and remains one of the most legendary television comedies of all time.

Being the Ricardos is a behind-the-scenes biopic that depicts one week in Ball and Arnaz’s tumultuous personal and professional lives during a period when they starred on I Love Lucy. The trailer amounts to a basic synopsis of that story – sepia-tinted quick cuts of Lucy and Desi on the I Love Lucy set, at table reads, at home and out on the town.

The sets and shots look great from what we see of them, evoking an “Old Hollywood” aesthetic that viewers will love. And Sorkin – the 66-year-old Oscar-winning screenwriter behind films like A Few Good Men, The Social Network and The Trial of the Chicago 7, as well as TV shows like The West Wing – boasts the talents and the credibility to make this a memorable film.

But let’s be honest – Being the Ricardos will live and die on the portrayals of Lucille Ball and Desi Arnaz. Especially Ball.

To be fair, some of the initial casting criticisms don’t completely hold up. For example, the film is meant as a dramatic biopic so, in that sense, Kidman and Bardem – who were initially criticized by some for not possessing the comedic chops to play Ball and Arnaz – will be required to do far more dramatic acting than comedy.

That said, the trailer shows the film re-creating the famous I Love Lucy scene where Lucy stomps grapes in a vat in preparation for a movie role from the fifth-season episode, “Lucy’s Italian Movie.” So it seems that Kidman and possibly Bardem will be required to emulate the pair’s on-screen hijinks. And that could prove incredibly painful to watch.

Do Lucy and Desi Make the Cut?

The trailer mostly keeps Kidman, as Lucille Ball, hidden. Aside from a few very quick cuts of her – including in black and white in the grape vat – Kidman is either shown from behind, from a distance, in silhouette or some combination of the three. Is this a deliberate choice to build anticipation for the reveal of Kidman as Lucy later? Or is it a simply an attempt to avoid early criticism? Or perhaps both?

From what we do see of Kidman as Lucy, she looks like Nicole Kidman dressed as Lucille Ball for Halloween. Similarly, we hear Kidman, as Ball, doing the voiceover for the entire trailer, which sounds more like Kidman with a raspy voice than it does Ball.

It’s one of the dangers of casting a megastar in a biopic. Unless they can completely disappear into the role through their acting ability (and maybe some good makeup) – Daniel Day Lewis as Abraham Lincoln in Lincoln and Gillian Anderson as Margaret Thatcher on The Crown both come directly to mind – it’s difficult for the audience to lose themselves in the illusion.

I mean, look at the poster for the film below. If you saw that shot of Kidman and Bardem without the title of the film or their character names in the photo, would you have any idea that they were supposed to be portraying Lucille Ball and Desi Arnaz?

Casting Will & Grace star Debra Messing as Ball – which many fans suggested when news of the biopic originally broke – wouldn’t have solved things either. Messing portrayed “Lucy Ricardo” on an episode of Will & Grace, and did so with great success. But hers was an imitation of the onscreen Lucy character – and the last thing a serious biopic needs is a cartoon impression of the lead figure.

Casting a lesser-known actress as Lucille Ball may have been a better choice from the audience’s perspective but not the studio’s, which is hoping that the big names on the marquee will bring in viewers. Still, Kidman’s performance may wow audiences. She’s a fantastic actress, after all, so it’s not fair to judge her portrayal of Ball without giving her a chance to show us what she can do. But after seeing this trailer, it’s fair to have concerns.

The same goes for Javier Bardem as Desi Arnaz. Bardem’s Arnaz is literally just the actor dressed in a 1950s wardrobe with his hair slicked back. He looks more like Desi Arnaz’s much older – and broader – uncle than he does the actual performer who played Ricky Ricardo. And his vocal tone just doesn’t echo Arnaz’s.

Then there’s the problem of the ages of the actors playing the characters. When the episode “Lucy’s Italian Movie” aired in 1956, Ball was 45 and Arnaz was 39. Kidman, by contrast, is 54, while Bardem is 52.

The trailer also offers a glimpse of J.K. Simmons, 66, as actor William Frawley (who played Fred Mertz on I Love Lucy) and Nina Arianda, 37, as Vivian Vance (who played Ethel Mertz). Frawley would have been about 69 during this time period in real life, while Vance was about 47. Simmons looks like a slimmer, taller version of Frawley, while Arianda is passable as Vance.

Online Reaction to the Being the Ricardos Teaser

The full-length trailer, whenever it drops, will certainly offer a better idea of what we’re in for as far as the performances. Social media reaction to the teaser trailer has been mixed – some are lauding it while others are cringing.

Lucy Arnaz – the 70-year-old daughter of Lucille Ball and Desi Arnaz – has given her blessing to the portrayals of her parents in the film. In a video she posted online after screening Being the Ricardos (which you can see below), she called it “freaking amazing” and said that Sorkin, “captured the essence of that time in their lives so well. He captured the heart of my mother, my father, their relationship.”

Of the performances in the film, she said that, “Nicole Kidman became my mother’s soul. She crawled into her head. I don’t know how you do that. She cared very deeply about this part. It shows. And I believed everything she said. She looks beautiful.”

Lucy Arnaz also noted that while Bardem doesn’t physically resemble her father, “he has everything that dad had. He has his wit, his charm, his dimples, his musicality. He has his strength and tenacity and you can tell from the performance that he just loved him. And that’s what you needed.”

And, as if answering the criticism that the main actors don’t really resemble her parents, she added, “Thank god they didn’t do exact lookalikes – I couldn’t have taken it.”

Catching Up With … Keith Thibodeaux, The Last Surviving Star Of I Love Lucy