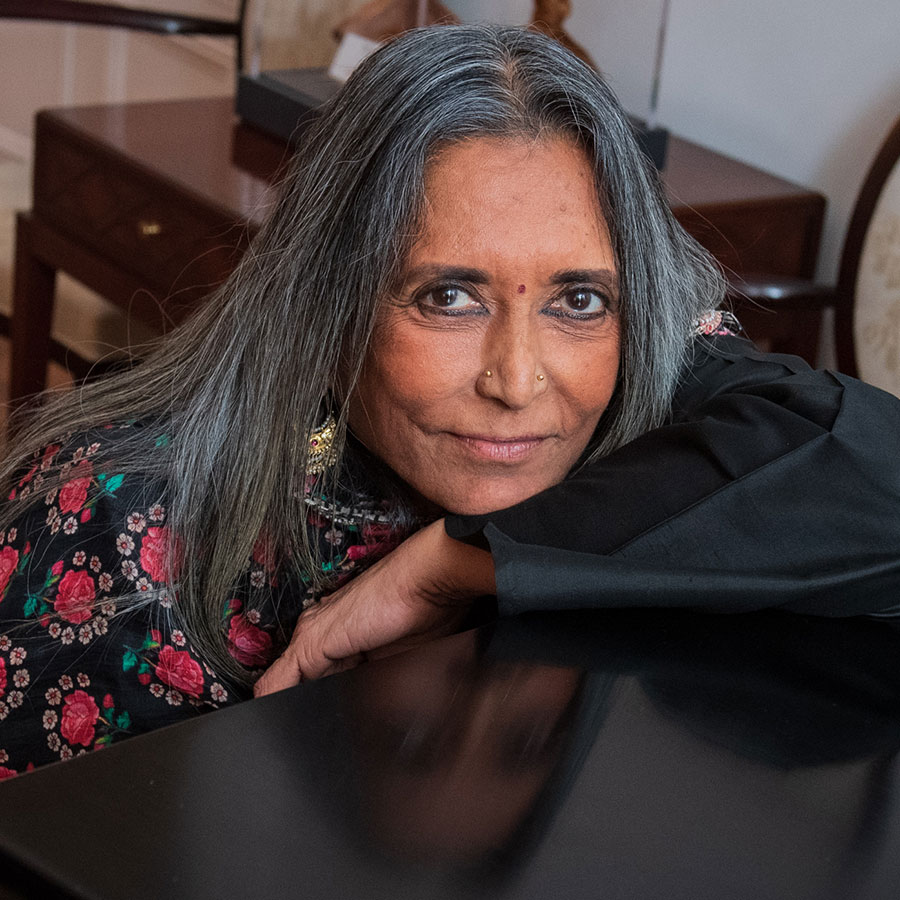 Canadian filmmaker Deepa Mehta sits at a piano inside Los Angeles' Canada House, where the 71-year-old Oscar-nominated director was celebrated with an honorary portrait which will hang in the building's salon.  Photo: George Pimentel

Canadian filmmaker Deepa Mehta, 71, was honoured last week at a special event in the garden of Canada House in Los Angeles.

The reception saw the official unveiling of Mehta’s portrait, which will hang in the building’s salon. The portrait, taken by Canadian photographer Janick Laurent, is the first of a woman to hang at Canada House in Los Angeles, which serves as the official residence of the Consul General of Canada.

The event took place on the eve of the Oscar-nominated director and screenwriter’s film retrospective at the American Cinemateque in Los Angeles, where some of her most celebrated films were screened, including her Elemental Trilogy — which boasts her 2007 Oscar-nominated film Water — as well as Midnight’s Children (2012) and Funny Boy (2020).

“Deepa’s cinematic artistry and storytelling is being showcased this week by the prestigious American Cinematheque for good reason. She is an Oscar-nominated Director who has contributed immeasurably to Canadian and global cinema,” he said. “She is a role model for women in film who have followed in her trailblazing path and she has always told stories with integrity and commitment. We are very proud to showcase her portrait here at Canada’s House.”

Mehta’s work has earned her plenty of accolades north of the border including a Genie Award in 2003 for her screenplay for Bollywood/Hollywood; a Governor General’s Performing Arts Award for Lifetime Artistic Achievement in 2012; and two Canadian Screen Awards for Achievement in Direction, including a recent win this year for her 2020 film Funny Boy.

In 2007, back in India, where she was born in the northern state of Punjab, she earned an award for Outstanding Achievement in International Cinema from The International Indian Film Academy.

Taking to the podium, Mehta, who co-founded her Toronto-based production company Hamilton-Mehta Productions with her husband and Canadian film producer David Hamilton in 1996,  spoke of her love of Canada.

“I realized that home is a place where you can feel truly safe,” she said. “Canada is my home and I thank you for this honour.”

Click the photo at the top of the page to view of slideshow of the event.

Zaib Shaikh on a New Edition of ‘The Babur Nama’, ‘The English Patient’ and ‘Dining with Shakespeare’

Tantoo Cardinal, 69, Among Honourees for Inaugural Key to the Consulate Award