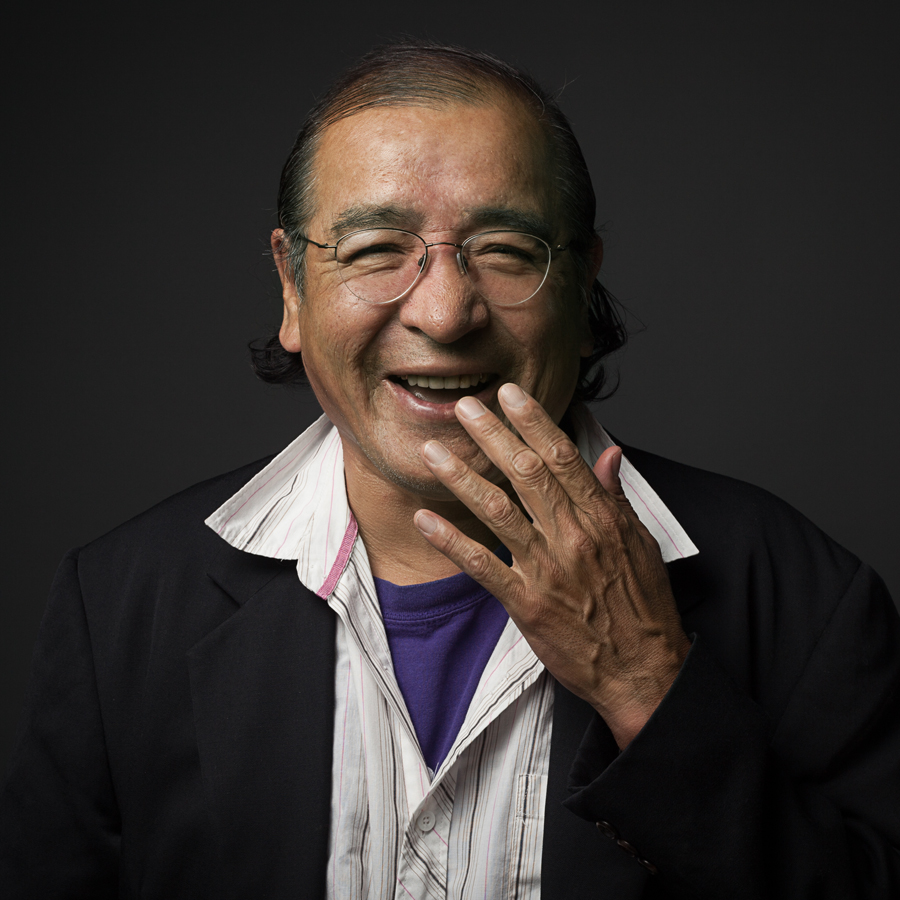 Celebrated Cree writer and musician Tomson Highway, 69, recalled his own family's Indigenous culinary traditions from Northern Manitoba — and other foods he discovered living abroad — ahead of serving as the special guest at the 2021 Devour! Food Film Fest. Photo: Courtesy of Devour! Food Film Fest

Tomson Highway is a true Renaissance man — an award-winning, pioneering playwright and novelist who published the first instalment of his memoirs last month. The 69-year-old is also a concert pianist, a storyteller, an educator and a world traveller (54 countries and counting) who speaks Cree, French, English and is pretty fluent in Italian. He calls himself “a great appreciator of fine food, a connoisseur,” so it is fitting that he is serving this week as headlining special guest at the Wolfville, Nova Scotia-based Devour! Food Film Fest, the world’s largest food film festival (on now through October 24).

This year, the hybrid festival, with online screenings and in-person events — including a music and storytelling concert by Highway — is themed around Global Indigenous Theatre and Cuisine.

Highway — a Cree member of Northern Manitoba’s Barren Lands First Nation — lives in Gatineau, Que., in a home where he and his partner of 30 years, Raymond Lalonde, moved so they could be near their two grandchildren. The pair, who long kept a cottage in Sudbury, Ont., have also lived in France, as well as Rome and Naples. These adventures added to Highway’s understanding of cultures through food.

“My partner also loves to cook. We cook for each other, make it like a competition. Vegetarian cooking is our new passion,” he says, before segueing into memories of his early years and the food he grew up on. They are fresh in his mind, having just published last month the first of his memoirs, Persistent Astonishment, that covers his life in Northern Manitoba, the 11th of 12 children born to world champion dog-sled racer and legendary caribou hunter Joe Highway and his wife Pelagie, renowned for her quilt and bead art.

Their home was a 500 mile swath of territory near the community of Brochet, where Northern Manitoba meets Northern Saskatchewan meets what is now Nunavut. Highway, who turns 70 in December, grew up travelling with his family between five different lakes. His father switched camps every year, in a sustainable effort to not deplete fish or wildlife with his traps and nets.

“Nobody was up there except our family,” he says. “There are 10,000 freshwater lakes, so the fishing was extraordinary. We lived in tents year round, ate outside all the time. The wood smell from the spruce trees was intoxicating.”

He recalls his mother “could have written a book about campfire cooking. Grilling trout on an open fire on pine branches and spruce branches, the smell mingling with the trout grilling.” The wild meat, he says, was the best: “moose and caribou, rabbits and birds, ptarmigan and grouse. Those animals ate a clean diet of natural pine needles and moss, you can taste the environment in the flavour of the meat.”

Going back to visit today, he says, “The arctic air hits your lungs when the plane door opens. You have never breathed air so clean, the water so crystal blue. That is the kind of paradise I grew up in.”

Going south to residential school in The Pas, Highway and his siblings found the food strange, to say the least. “I remember we used to eat cereal with so much sugar — Sugar Pops, Frosted Flakes.”

The effects of a Western diet and how much they have injured Indigenous communities is something Highway discovered when he spent a decade as a social worker working with communities across the country after graduating with a music degree from Western University in the mid-1970s.

“Diabetes is a big problem for Indigenous peoples. The diet changed so radically, with the introduction of a lot of sugar, so many people developed diabetes.” Today, Highway and Lalonde concentrate on “keeping a healthy body and healthy blood sugar,” so breakfast is now porridge and yogurt.

Highway’s experiences as a social worker fed his art. Becoming an artist, he says, “was one happy accident after another. My first dream was to be a concert pianist, and I’m still a professional musician.”

In 1986 he wrote the play The Rez Sisters, about seven sisters, their spirit guide, and an epic bingo game. He followed that with Dry Lips Oughta Move to Kapuskasing, about seven men and a trickster, which won several Dora Mavor Moore awards in 1989. In 1994, he became a member of the Order of Canada.

It wasn’t until 1998, though, that Highway first tried his hand at novel writing with Kiss of the Fur Queen.

And now, he says he found writing his memoir, Persistent Astonishment — the first of what he hopes will be five volumes — humbling. “It took me five years.”

In that time, he and Lalonde were travelling up until the pandemic hit. “We spent three years in Rome, and we were living in Naples in the winters.” The food there made a big impression, especially the seafood. “We lived right by the Tyrrhenian Sea, an arm of the Mediterranean with Mediterranean climate. Across the valley from our living room, our perspective was Mount Vesuvius. The lava, that terrain, is infused with something that affects the flavour of the vegetables, the tomatoes, the onions. The food is all so fine because of that terrain.”

The lessons of his childhood, the senses he developed, are tools he’s utilized around the world. He adds that, “It was wonderful to go to the docks to the Sunday market selection of seafood caught that day” and offers his simple spaghetti vongole recipe: “You throw the clams into a very, very thin sauce of olive oil and garlic, then your pour in white wine. In four minutes it cooks and you pour it on top of spaghetti.”

Of course, this doesn’t taste the same when you aren’t beside a body of fresh water and its bounty. “In my home province, in Winnipeg, Manitoba, you can’t find a fresh fish market. And it is hard to get stuff like clams and mussels!” Ahead of the Devour! Festival — where he’s not only the special guest, but is also headlining an “Indigenous Voices on Stage & Screen” event and performing in a fundraising concert — Highway is thinking about the connection between food and place, and the role of food in culture and the stories we tell about ourselves.

“I have too much to tell, I’ve had such a packed life, so unusual and exotic and exciting.”

This may be why he needs to write four more memoirs.

A short excerpt from Permanent Astonishment, by Tomson Highway (Doubleday Canada, published September 2021). In this excerpt, Highway recalls a scene from his early years, running around on an island in a Northern Manitoba lake with his younger brother, Rene, and Rene’s dog, Itchy. The boys are the 11th and 12th children of Joe and Pelagie Highway. The succulent tails in question are muskrat.

“When Dad skinned the animals in preparation for Mom’s culinary sleight-of-hand, he cut off the tails and gave one each to me, Rene and Itchy. Then, as a game, and thrilled pink silly, we boys throw the tails, still raw, on the fire, Itchy’s included, and roast them. The aroma alone sends us to heaven. And using willow stakes that Dad has carved for us with his hunting knife, we turn them this way and that in the flames until all sides are cooked. The scorched, blackened skin now sizzling and bubbling with a succulence unknown to the Moony-ass nation, we blow on them to cool them, then slurp the thick end into our mouths like one would spaghetti, leaving the thin, pointy ends sticking out by about four inches. To us, they are the equivalent of the licorice Twizzlers eaten by kids in the city.”