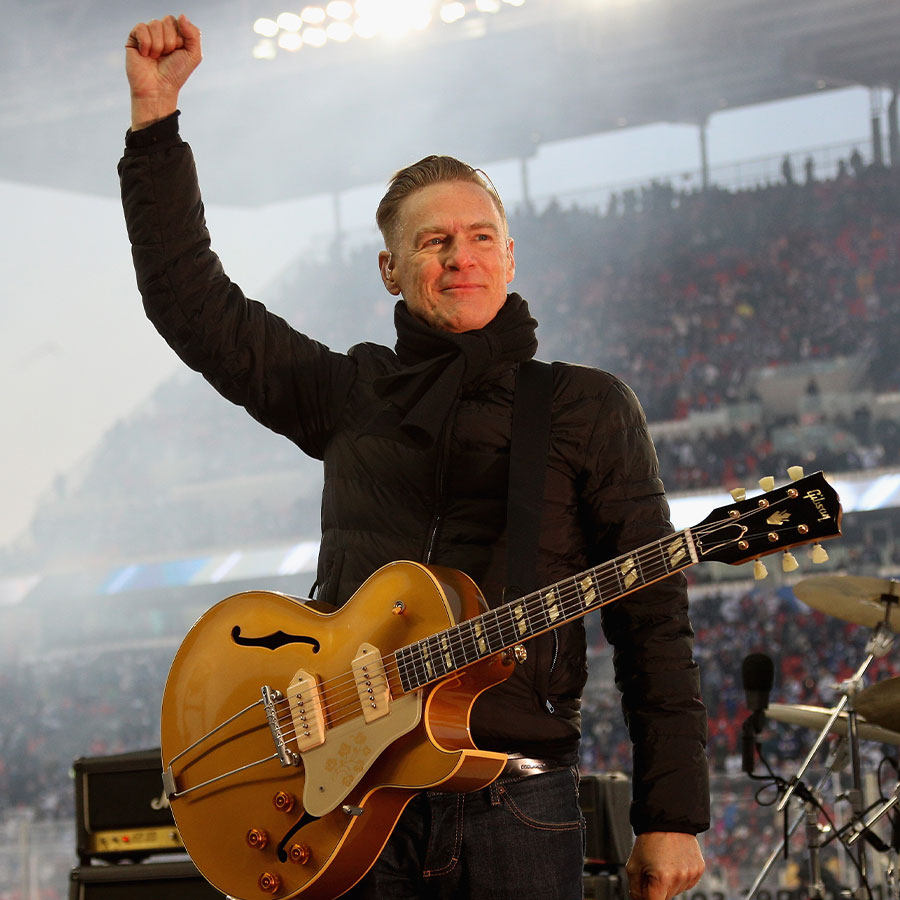 Both Bryan Adams, seen above in 2017, and Jon Bon Jovi were forced to cancel shows over the weekend after testing positive for COVID-19. Photo: Dave Sandford / NHLI via Getty Images

A pair of rock and roll icons were sidelined by COVID-19 over the weekend.

First, Canadian rocker Bryan Adams was forced to pull out of his performance at the Rock & Roll Hall of Fame ceremony on Saturday after testing positive for the virus.

Adams, 61, who is fully vaccinated against the virus and hasn’t experienced any symptoms according to his management team, was booked to sing “It’s Only Love,” his 1985 duet with Tina Turner, in honour of her induction into the Hall as a solo artist.

“Happy Halloween and thanks for all the well wishes. Please don’t worry, yes I had the Covid and thankfully had no symptoms,” Adams wrote in an Instagram post on Sunday. “Bunny my daughter had it too, with bit of a sore throat for night. But we’re good, and it has to be said: #sohappyithurts”

The hashtag he used refers to the recently-released title single off his upcoming album, So Happy It Hurts.

Keith Urban filled in for Adams at the Rock and Roll Hall of Fame, taking the stage at Cleveland’s Rocket Mortgage Fieldhouse with H.E.R. to perform the hit. Turner, 81, who’s known as the Queen of Rock ‘n’ Roll, was also inducted in the class of 1991 as a member of Ike and Tina Turner.

Adams’ next scheduled performance is the kick off to his Las Vegas residency on Nov. 10.

Meanwhile, Jon Bon Jovi, 59, was forced to duck out of a performance mere minutes before he was set to take the stage for a concert in Miami Beach after a rapid COVID-19 test came back positive on Saturday night.

Jovi’s brother Matt Bongiovi delivered the bad news to the crowd, assuring fans that “Jon feels great,” but was headed straight to bed.

A rep for Bon Jovi later confirmed that he was “fully vaccinated and feeling fine.”

The show was part of the Runaway Tours “Halloween Weekend Getaway,” a concert and hotel package that cost thousands of dollars to purchase, according to ABC News.

Jovi, whose recent album, titled 2020, provided social commentary on major events from the year including the pandemic, had another brush with the coronavirus last year when two of his bandmates came down with a bad case of COVID-19. He also told Extra that his son had likely contracted an “intestinal version” of the virus earlier the same year, although, his suspicion was never confirmed with a test.