k.d. lang at 60: The Canadian Music Legend Reflects on Her Youth and “Experiencing Freedom for the First Time” 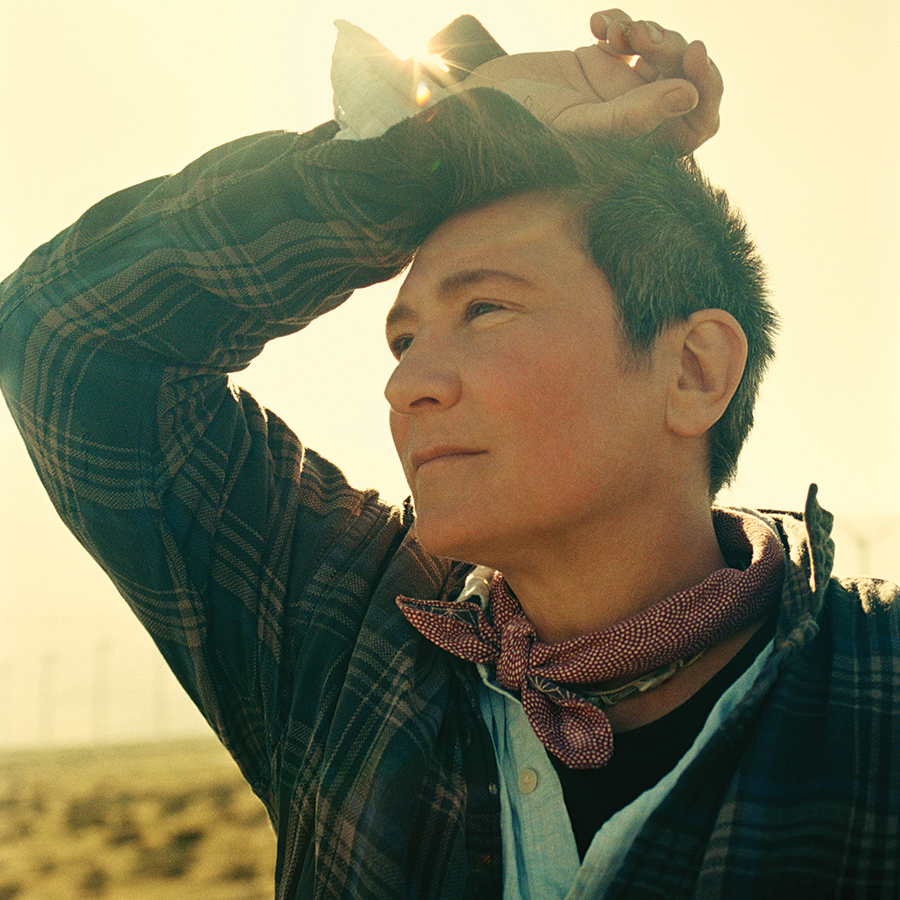 k.d. lang turns 60 on Nov. 2 and, to mark the milestone, we look back on our interview with the Canadian music legend from this past summer, where she discussed music, the dance clubs of her youth and pandemic life.

The all-clear for games night and cocktail parties may be pending, but the soundtrack is ready to go. k.d. lang’s forthcoming album makeover, a collection of dance remixes of her best-loved tunes, is a seductive, nostalgic vibe that demands communal enjoyment. Released in celebration of Pride Month, the compilation of ’90s jams — which features a 1995 David LaChapelle cover photo of the dolled-up ingenue — underscores the role dance music and dance clubs played in the coalescing gay community, before “the internet, mobile devices and dating apps,” lang says.

lang, who turns 60 this year, spent the early pandemic like the rest of us: walking, rediscovering music, making peace with feeling unmotivated, and fretting over elderly relatives. Her 98-year-old mom Audrey resides three hours away from the youngest of her four children in an Edmonton nursing home. In a phone interview from her Calgary home, the affable chanteuse talked about the era that birthed the makeover originals — which include fan faves “Miss Chatelaine,” “Sexuality” and “Theme from the Valley of the Dolls,” why she may never get back on the road, and her mom.

Zoomer: How have you navigated this last year with your mother?

k.d. lang: I’ve been creative in all the ways that I get to visit her. Whether it’s a Zoom call or visiting outside the window. It’s fascinating just to understand that aspect of my mother’s life. It’s opened up all these different little, tiny channels of things. I’m trying to stay super positive and see this as a puzzle and figure out ways to navigate it.

Z: And then, maintain your own equilibrium and, dare I say, creativity in the last year?

k.d. lang:  I have not been creative at all, zero. Other than coming up with the idea for makeover.

Z: Did you ever spend much time in dance clubs?

k.d. lang: Oh, my God, yes. I started going to gay clubs well before I was 18. I spent a lot of time in dance halls dancing and doing performance art. I made myself a complete outfit out of garbage bags and then just stood in the middle of the floor and did this one movement over and over for, like, an hour. It was probably the pot and experiencing freedom for the first time.

Z: Where is this community now for gay culture?

k.d. lang: I don’t know if it even exists, because last time I checked in L.A., there’s hardly any gay clubs; I mean, exclusively. Now clubs are just clubs.

Z: A lot of these remixes come from the ’90s, which was a fertile time for you. How do you characterize that decade?

k.d. lang: It was a lot of fun. I worked my butt off, but the experiences I had, whether it’s hanging out back then on South Beach in Miami with my girlfriend at the time, or riding my motorcycle around and visiting Herb Ritts, or performing at the Olympia in Paris … being in proximity with Madonna. It was kind of mixed, because I was going so fast that, like, a lot of it is just a blur to me.

Z: Given Pride Month, what do you see as the most pressing concerns now around gay rights?

k.d. lang: Obviously, the trans issue is the big issue currently. It’s the issue of now.

Z: Just before the pandemic struck, you were in Australia. What does future touring look like for you?

Z: You have that beautiful singing voice you’ve been sharing with the world since you were five. Are you telling me that there won’t be an opportunity to enjoy you on stage?

k.d. lang: Well, unless you’re hanging out in my bathroom, you may not hear me live; or unless you’re reincarnated as my dog, because I do a lot of dog songs.

A version of this article appeared in the June/July issue with the headline “Constant Cravings,” p. 18.