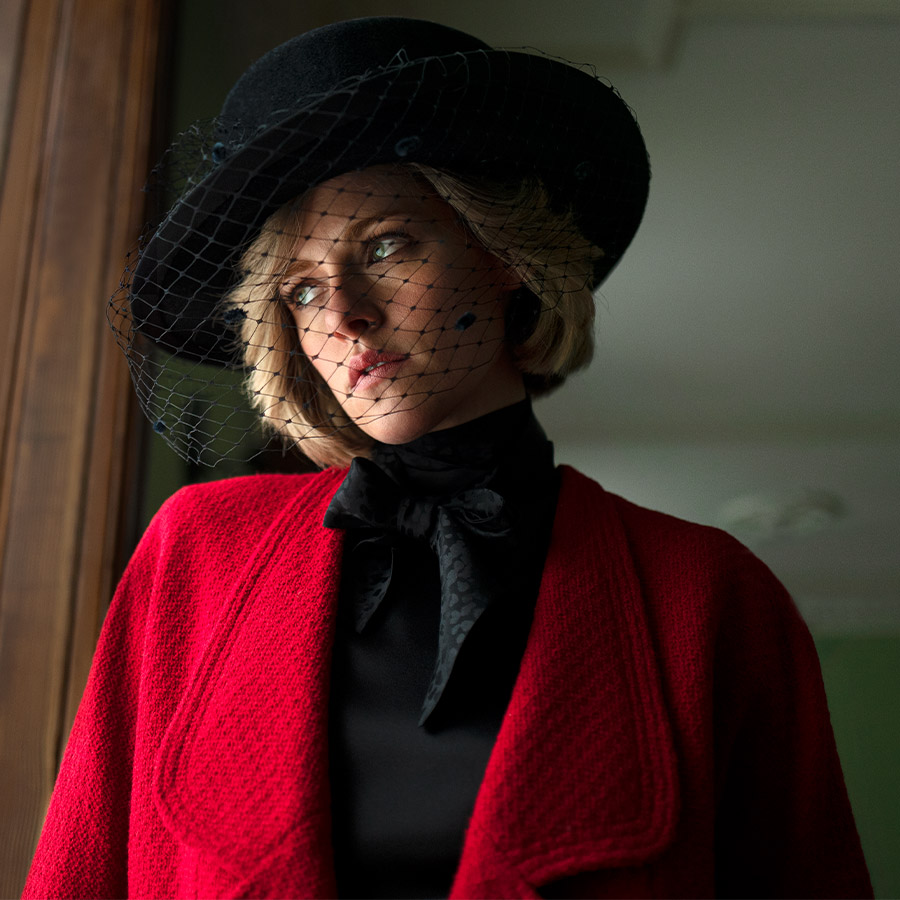 Director Pablo Larrain says he never wanted actress Kristen Stewart — seen above in an image from 'Spencer' — to mimic Diana in the film. “Because if you try to do that," he says, "[it] then becomes like a lookalike contest.” Photo: Courtesy of Neon Films

Pablo Larrain’s Spencer is a beautifully haunting glimpse into the royal life of Diana Spencer. Away from the cameras and behind closed doors, the film imagines the inner turmoil that the Princess of Wales felt while trapped by royal tradition in a marriage that was on the brink of collapsing.

His own curiosity about Diana led Larrain, 45, to direct the highly anticipated biopic, which takes place over three days around Christmas 1991, which the princess spent with her family at the Queen’s annual holiday destination, Sandringham House. It was during this time that Diana decided to leave Prince Charles.

The Chilean-born filmmaker grew up in Santiago, far from all the Royal Family fuss, but his mother always maintained a keen interest in Diana. When Diana died in 1997, Larrain’s mother was heartbroken — a reaction that helped Larrain realize how much the People’s Princess meant not just to her, but to millions around the world. When he became a filmmaker, he says he wanted to explore “how [Diana] was able to go through such a difficult time and still find her own identity as a woman and as a mother.”

And even now, decades after her death, fans and royal watchers remain captivated with Diana. Larrain, for one, believes that it’s her simplicity and kindness that makes her so easily relatable.

“Diana was someone who was born to privilege; she was very close to the royals from the very beginning of her life,” he said during a recent phone interview. “But the way that she behaved in front of those difficulties, how she faced them, feels so normal and regular, and ordinary to some extent.”

He adds that, “She became a symbol of empathy, a symbol of someone that might be very far and different from most people’s reality, but at the same time she was grounded and very intimate.”

Spencer stars actress Kristen Stewart as Diana and opens with a title card that reads “fable from a true tragedy” — offering full disclosure that this is a loosely factual interpretation of the real-life events that transpired.

To that end, Larrain notes that the film’s writer, Steven Knight had access to staff who worked alongside Diana during the time period in question.

“So we did get a lot of real information and true facts, but at the same time, once the doors are closed, all we have is fiction, which is what we do,” he says. “We’re just trying to share a sensibility, trying to share a perception of what could have happened.”

Larrain is certainly not new to the world of biopics. His previous films include Jackie (2016), which starred Natalie Portman as Jacqueline Kennedy in the aftermath of the assassination of President John F. Kennedy, as well as Neruda, a biographical drama centred on Nobel Prize-winning poet Pablo Neruda, which was released the same year. Still, Diana is in a league of her own.

Over the years, several movies, documentaries and TV shows have focused on parts of Diana’s life. Most recently, season four of the Emmy-winning Netflix series The Crown, which premiered last November, featured a similar time frame, with Diana — played by actress Emma Corrin, who earned a Golden Globe award for her performance — contemplating leaving Charles while at Sandringham House for Christmas. As well, the autobiographical stage production Diana: The Musical premiered on Netflix in October. And so the challenge remained for Larrain to approach the story with an original perspective.

“There are many approaches that are possible. What we wanted to do was to inhabit her POV, we wanted to leave the reality of the things that happened in the movie from her perspective,” Larrain says. “Besides what other movies or shows have done less or more successful, however we think about it … we wanted to be inside her perception and try to deliver a very internal experience from her to the viewer.”

He also says his goal was to deliver “something that I have not seen, or maybe that I have not felt before. And seeing a person who is protecting her children and is finding her own voice in that context, I thought it was fascinating.”

Spencer, of course, also brings to light some of Diana’s most personal battles.

For example, one Christmas dinner scene with the Queen, Prince Charles and other members of the Royal Family — which is exceptionally shot and accentuated by the score — illustrates Diana’s struggle with bulimia and self-harm. Larrain believes “it’s a very important moment for the movie, not only because of what happens in the scene itself, but also because, from that moment on, the audience is inside her POV for the rest of the movie … We start to share and understand what she’s seeing and feeling for the first time.”

For Larrain, it’s “about being trapped in the wheels of history and tradition” — a situation “that creates an enormous amount of panic and anxiety and stress, and that has consequences. Consequences like [an] eating disorder and things that are related to mental health that she had to deal with.”

On the flip side, it is important to remember that Diana Spencer is not just a character in a film. She was a real woman whose loved ones — including her two sons — are affected by her portrayal onscreen.

Recently, England’s Telegraph newspaper reported that Prince William is “frustrated” about the “commercialization” of Diana’s legacy in regards to The Crown’s upcoming fifth season recreation of the infamous 1995 Martin Bashir BBC interview, in which Diana claimed “there were three of us in this marriage.”

Larrian says that he certainly respects the royal viewpoint but “at this point in our culture, I think Diana has become an icon of the world, the world’s narrative, a universal person who is inside our collective culture.”

In terms of his own film, he asserts that “what we do is something with respect and admiration and we try to clarify that it’s a fable made out of fiction.” The director adds that Spencer “is another attempt to contribute to her legacy … I would never want to create more difficulties in this story that I’m sure is quite sad for them.”

After more than two years of research, shooting the film and doing all the press for it, Larrain admits that, for him, Diana retains “an uncrackable mystery.”

He adds that, “You just don’t know where she is emotionally even though you could be in her perspective. There’s something that you wonder, and that magnetism creates a big deal of curiosity. That curiosity is determined and completed by each of us. Everyone has a different opinion of Diana. So that mechanism, I think, is fascinating.”

When it came to choosing an actress to fill Diana’s royal shoes, Lorrain wanted someone who could not only play to her physicality, but also embody that “incredible cosmic mystery” — which is what Stewart brought to the table.

For her part, Stewart more than holds her own, exposing viewers to Diana’s vulnerability and helplessness within the walls of her royal marriage. It’s interesting to note that, while Stewart masterfully taps into Diana’s psyche by following her physicality and accent, Larrain never wanted her to mimic Diana. “Because if you try to do that, [it] then becomes like a lookalike contest.”

Larrain says that one of the dangers of depicting a real-life figure is the trap of “making everything a copy of the reality.”

Instead, he notes, “You need to create a human illusion, show us the main character. And there are many ways to do that … It’s her fragility, her humanity [that] really counts and what really matters. And that is where the real challenge is.”