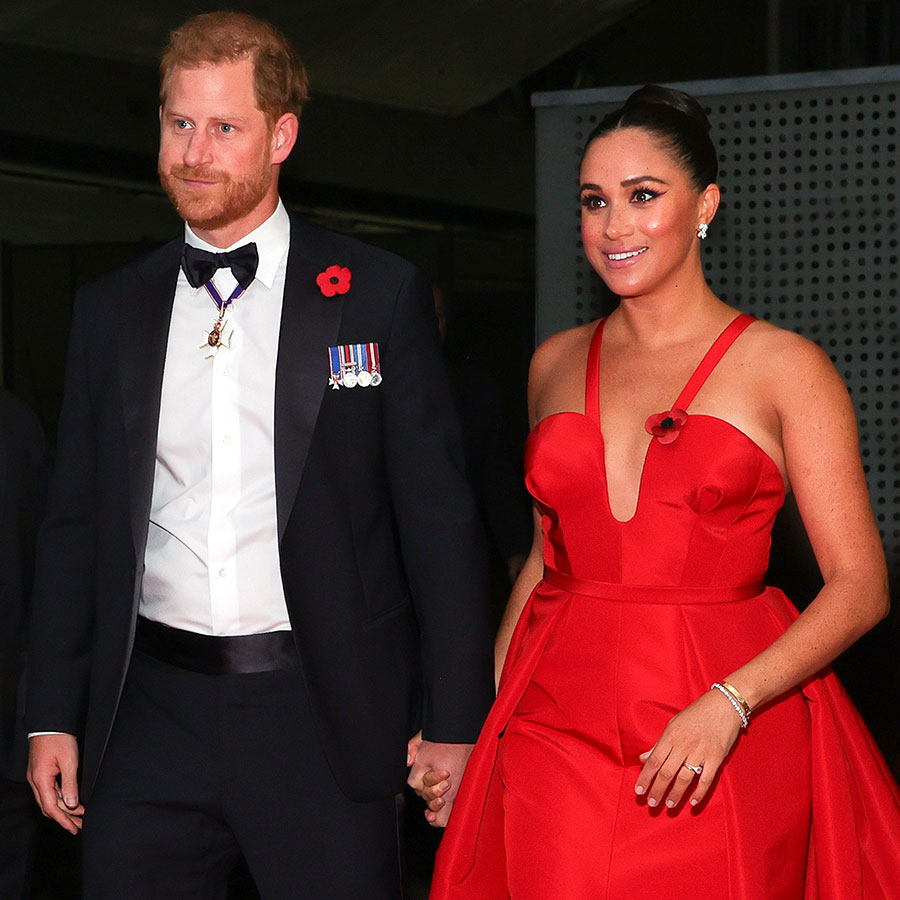 The Duke and Duchess of Sussex visited a military base camp in the U.S. and hosted a luncheon for service members and their spouses on Remembrance Day/Veterans Day.

The royal couple’s Archewell Foundation shared how Prince Harry and his wife Duchess Meghan, “met with service members from all six branches of the military, and hosted a luncheon for service members and their spouses. Throughout their visit, they discussed mental health, the value of community and living a life of service.”

In a statement, the 37-year-old prince, who spent a decade in the Army and undertook two tours of Afghanistan, said: “As we honour and reflect on Remembrance Day in the U.K., which shares a date with Veterans Day here in the U.S., my hope is for all of us to continue to support the wellbeing and recognize the value of our troops, veterans, and the entire military and service family.

“We and they are better for it.”

At the event, the British royal said he believes his stint in the military “made [him] who [he] is today.”

Harry will always be “grateful” for his time in the Forces but he admitted he is still haunted by some of the things he saw.

He said: “My experience in the military made me who I am today, and I will always be grateful for the people I got to serve with — wherever in the world we were. But in war, you also see and experience things you hope no one else has to. These stay with us, sometimes like a slideshow of images.”

Harry — who walked the red carpet at the Intrepid Museum with his wife — spoke about the mental health impact of being in the military and the adjustment struggles some veterans can face when they return to civilian life.

He said: “For too long, invisible injuries were treated as just that — invisible — and were destined to be swept under the rug at the risk of shame, guilt, or just a lack of understanding.

“For years, we — and our families – orient our entire lives around the mission, the duty, the commitment, and yes — the hurry up and wait. And when we return, we long for the same feelings and contributions: self-purpose, focus, service to others, and being part of a team.

“As many of us see it, service isn’t loud. Service is what happens in the quiet and when people aren’t looking. It’s about how we take care of each other every day.

“It’s about the camaraderie we share … the laughs, the comfort, the pain, the challenge, and yes, the banter.”

Harry then went to welcome the winners of the inaugural Intrepid Valor Award, describing them as being “part of an everlasting bond”.

He added: “You are part of the team of teams. And we will always have your backs. You are not alone.”