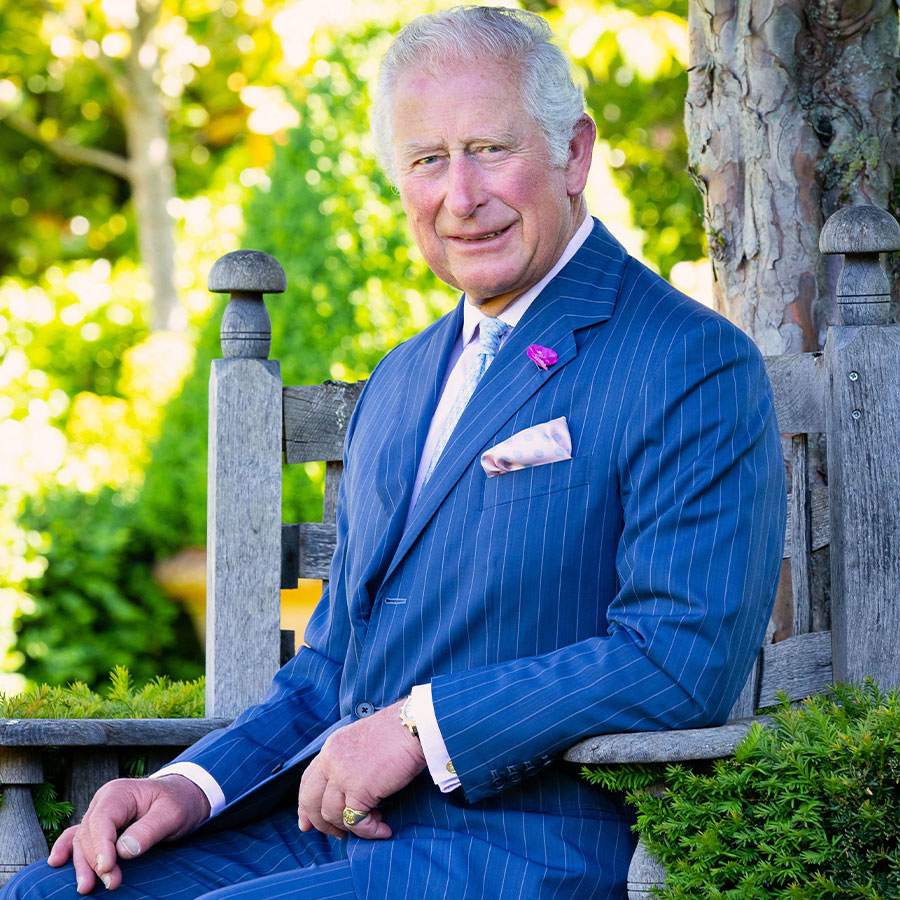 In a new photo released for Prince Charles' 73rd birthday pictured above, the Prince of Wales poses in the gardens at Highgrove House, his country estate in Gloucestershire. Photo: Hugo Burnand/Getty Images

Prince Charles marked his 73rd birthday on Sunday with the release of a new photo taken amidst the splendour of his private gardens at Highgrove House in Gloucestershire.

The Prince of Wales, who wears a blue pinstripe suit and a light blue tie in the new snap shared on his Clarence House social media accounts, thanked everyone for their “kind birthday wishes.”

The Queen wished her son a happy birthday through the official Royal Family Twitter account, with a touching black and white photo of the prince kissing her hand, while Prince William and Kate shared a portrait of Charles along with their well wishes.

This year, there wasn’t much time for celebrating with the future king’s birthday falling on U.K.’s Remembrance Sunday, a day that commemorates fallen and surviving British and Commonwealth service members who fought in the two World Wars and later conflicts.

Prince Charles’ presence at this year’s Remembrance Sunday service at the Cenotaph in London took on increased significance with the absence of the Queen, who was forced to cancel at the last moment due to a back sprain. Her attendance would have marked the first in-person public engagement since her doctors advised her to rest after an overnight hospital stay last month.

After leading the country in two minutes of silence on the 11th hour, an emotional Prince Charles laid a wreath on behalf of the Queen and himself.

With the Queen taking respite from royal engagements, the Prince of Wales has answered the call. After the Queen’s presence at the COP26 climate change summit was limited to a pre-recorded video message, it was Charles who provided the steady leadership the family needed on the international stage.

His opening address called on world leaders to take a “war-like footing” in their fight against climate change, warning them that the COVID-19 pandemic had “shown us just how devastating a global, cross border threat can be.”

“Climate change and biodiversity loss are no different,” he told leaders in attendance. “In fact, they pose an even greater existential threat to the extent that we have to put ourselves on what might be called a war-like footing.

“The eyes and hopes of the world are upon you to act with all dispatch, and decisively — because time has quite literally run out.”

If anyone in the Royal Family can lecture the most powerful leaders in the world on the subject of the environment, it’s the Prince of Wales.

In addition to his organic food line and sustainable fashion line, he recently signed on as the editor-in-chief of RE:TV, an Amazon Prime channel that aims to help businesses counter climate change. The new channel is an extension of the CEO-driven Sustainable Markets Initiative he launched at Davos, also known as the World Economic Forum, at the beginning of 2020.

“I’ve spent a lot of my lifetime trying to engage people and businesses with the issues and solutions of the climate crisis,” Charles said in a pre-recorded message announcing the channel.

Meanwhile, Highgrove House offers plenty more than a gram-worthy backdrop for the prince. It’s also where he started Home Farm, a 900-acre farm that supplies organic produce to the British supermarket chain Waitrose under the name Duchy Organics.