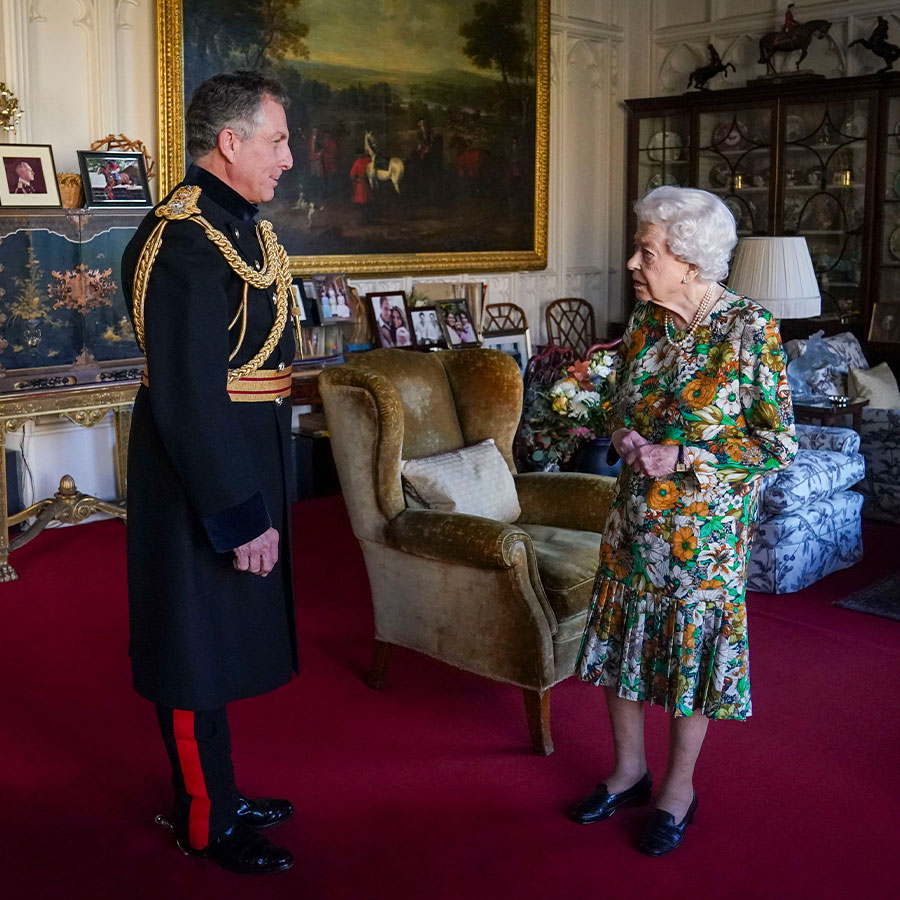 The Queen, 95, who recently missed Remembrance Sunday this past weekend, carried out her first in person public engagement on Wednesday since spending a night in hospital last month. Photo: Steve Parsons/Pool/Getty Images

Britain’s Queen Elizabeth, whose health has come into focus after the 95-year-old missed a Remembrance Sunday service, was pictured standing and smiling on Wednesday at her first in person public engagement since spending a night in hospital.

The monarch stayed in hospital for the first time in years last month for what Buckingham Palace called “preliminary investigations” into an unspecified ailment, and doctors have advised her to cancel most engagements since then.

She pulled out of the Remembrance Day ceremony at the Cenotaph war memorial in London on Sunday with a sprained back which a palace source said was unrelated to the condition which has required rest and was an unfortunate coincidence.

However, she was back at work on Wednesday at her Windsor Castle home where she was filmed chatting to Nick Carter, chief of the defence staff and Britain’s professional head of the armed forces.

He is due to step down from the role at the end of November.

“She’s alright thank you very much,” Elizabeth’s son and heir Prince Charles told reporters while on a visit to Jordan. “Once you get to 95, you know, it’s not quite as easy as it used to be. It’s bad enough at 73.”

The Queen, the world’s oldest and longest-reigning monarch, has missed a number of high profile engagements since being advised to rest, including the COP26 climate conference in Glasgow earlier this month.

The last time she had appeared at a public event was on Oct. 19 when she hosted a drinks reception at Windsor for billionaire business leaders.