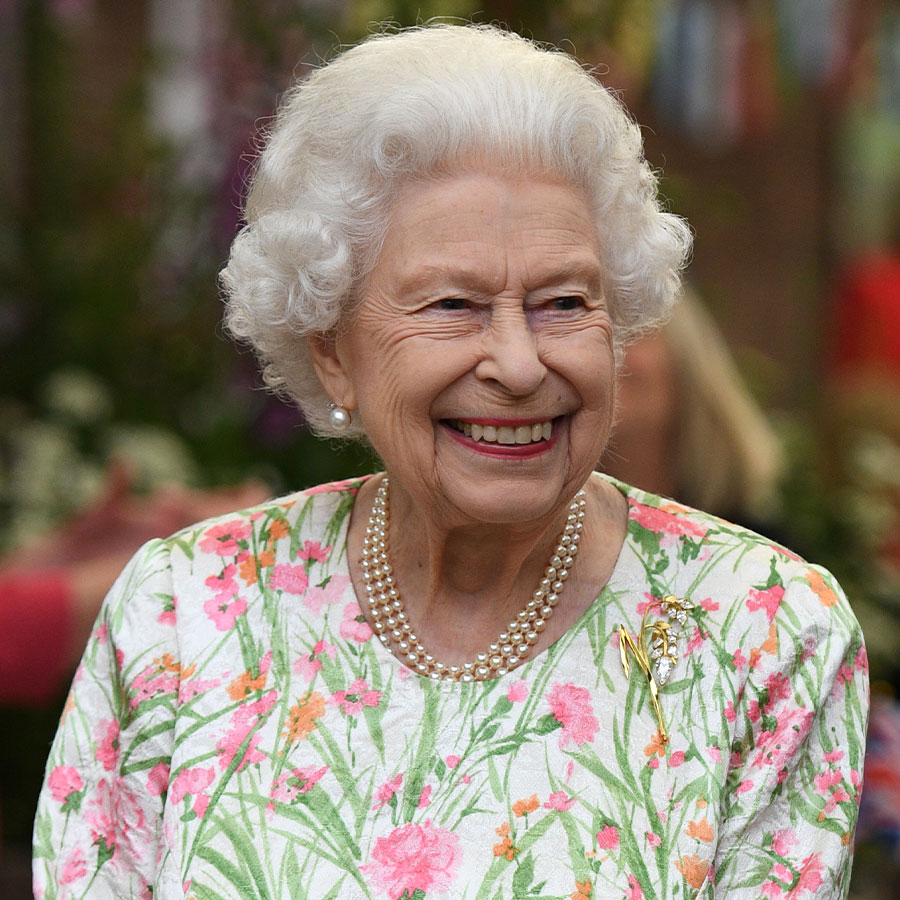 The Queen, pictured here during an event in celebration of The Big Lunch initiative at The Eden Project during the G7 Summit, carried out her first in-person engagement today since her hospital visit last month. Photo: WPA Pool/Getty Images

The Queen does not like to cancel events but, in the past weeks, she has been forced by doctor’s orders  – and a sprained back – to miss the COP26 environment summit, the Remembrance Sunday service at the Cenotaph and the Church of England Synod, for which she is Supreme Governor.

So it was with great relief — to the monarch herself, no doubt, as well as to the rest of the world — to see Her Majesty returning to active duty.  On Wednesday, she held an in-person audience with British General Sir Nick Carter, who was retiring from his post as chief of the defence staff.

The meeting, which was recorded, featured Candy, the Queen’s beloved corgi, interacting with Sir Carter. The official Instagram @theroyalfamily posted an photo of the meeting, showing the Queen in wearing a cheerful green floral dress as well as her customary pearls. The comments section was flooded with relieved royal fans, many of them posting: “Long live the Queen!”

This was the Queen’s first in-person engagement (we have been privy to) since she hosted an investment summit — Bill Gates was among the attendees — at Windsor Castle on Oct., 19. It was later revealed she was taken to hospital overnight for “preliminary tests” in late October, the first time she had been to hospital since a gastrointestinal issue in 2013.

Since her return to public duties, Her Majesty also reportedly attended a private family service for the double christening on Nov. 21 of two of her great-grandchildren — August, son of Princess Eugenie and her husband Jack Brooksbank, as well Lucas Philip, son of Zara Tindall and her husband Mike Tindall.

As the number of cancellations stacked up, the state of the Queen’s health has been a subject of much worry. Prince Charles has been repeatedly asked about his mother’s health. Today, while on royal tour in Jordan with his wife, Camilla, Duchess of Cornwall, he issued a statement to offset concerns. “She’s alright, thank you very much,” said the heir to the throne. “Once you get to be 95, you know, it’s not as easy as it used to be. It is hard enough at 73,” he added to the gathered reporters, a joking reference to his own age.

The Queen has also made several statements acknowledging a similar sentiment. Yesterday, to accompany the notice she would not attend the Anglican Synod, she made a poignant comment: “None of us can slow the passage of time.” This comes just after her statement on missing the gathering of world leaders and environmental emissaries at the COP26 summit in Glasgow, when she observed, “None of us will live forever.”

The Queen is guiding us all through journey of her own health — and the unthinkable prospect of her not being Her Majesty, a role she has held for 69 years, a steady and familiar force even as the world has changed so dramatically around her — while at the same time teaching us about how to grow old with grace and dignity.

We all get ill, and have to miss important events in our lives. It’s hard enough to negotiate aging even without billions of eyes watching and the world’s media attuned for any snippet of information about one’s health and heartiness.

That she has chosen to give out touching messages in her statements is quite a motherly thing to do. She is easing us into her own slower pace, and teaching us that it’s OK to slow down when we must. Very little about Queen Elizabeth’s lifestyle is relatable, but her speaking out about the inescapable effects of age is all too human, and touches every one of us.

This has been a difficult year for the Queen, having lost her beloved husband this past April. It was hard to watch her solitary figure arrive by car to Philip’s funeral service, under strict COVID-19 protocols, and to see her sitting alone in church. That she began this autumn, after her traditional summer surrounded by family at Balmoral in Scotland, with such vigour reassured her fans around the world. She conducted a number of high-profile events, including a reception for G7 leaders and an audience with American president Joe Biden.

Many examples of her good humour were cherished by her fans: from joking with a sword in her hand to cut a cake to tapping her foot to the music at this year’s abbreviated Trooping the Colour. She made a saucy aside to world leaders at the G7 summit official photo, joking about whether they were supposed to look as if they were having fun for the posed picture.

Preparing the Next Generation of Royals

Prince Philip was on her mind when she wrote about missing the COP26 summit. “The impact of the environment on human progress was a subject close to the heart of my late husband,” she said in the taped message, a photo of the late Duke of Edinburgh behind her.

She went on to speak about her children and grandchildren taking up the torch in the fight against climate change. “It is a source of great pride to me that the leading role my husband played in encouraging people to protect our fragile planet lives on through the work of our eldest son, Charles, and his eldest son, William.”

Making note of the many “great leaders” she has encountered over her more than 69 years as monarch, she said, that we are not making changes to save the planet for ourselves but “for our children and our children’s children, and those that will follow in their footsteps.”

As her children Charles, Anne and Edward, along with her grandson William, accompany her on many of her official duties and take over when needed (which has happened more often lately), the Queen is laying the groundwork for her work to carry on seamlessly through future generations.

The Queen has been blessed with good health up until the age of 95, so by slowing down now, and discussing it up front, she is leading the way to show all of us how to age elegantly.