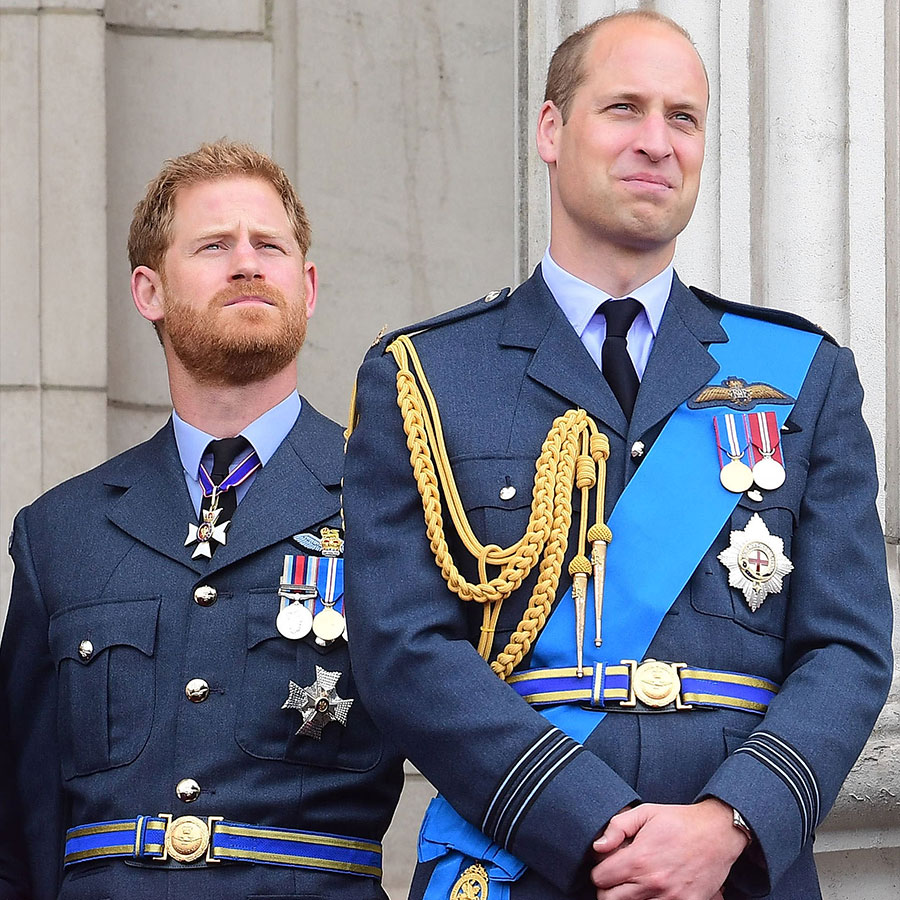 Prince Harry and Prince William, seen here at the RAF 100th anniversary flypast from the balcony of Buckingham Palace in July of 2018, are the subject of a new BBC documentary that delves into their relationship with the press. Photo: Paul Grover/WPA Pool/Getty Images

The first of a two-part BBC documentary called The Princes and the Press, which covers Prince William and Prince Harry’s relationship with the press, has prompted a heated response from the Royal Family in a rare statement included at the end of the program.

Featuring appearances from royal journalists and commentators, the doc, which aired Tuesday night, covers the brother’s relationship following Prince Harry and Meghan Markle’s exit from royal life, including claims that the princes attempted to smear one another in the media.

“A free, responsible and open press is of vital importance to a healthy democracy,” the joint statement from Buckingham Palace, Kensington Palace and Clarence House said at the end of the first instalment. “However, too often it is overblown and unfounded claims from unnamed sources that are presented as facts and it is disappointing when anyone, including the BBC, gives them credibility.”

Responding to the royal’s statement, BBC said the doc was “about how royal journalism is done and features a range of journalists from broadcast and the newspaper industry.”

The Daily Mail reported that Prince William, the Queen and Prince Charles were threatening to “boycott” the BBC and were planning to complain to regulator Ofcom ahead of the doc’s airing.

The program’s examination of royal media includes a look into the unsavoury and at times illegal tactics media have used in their coverage of the royals — from surveillance to phone tapping — but a claim made by presenter Amol Rajan on the relationship between the two parties was among the more contentious in the hour-long program.

Rajan describes “the deal” the Royal Family stuck with the media that involved assurances they would receive favourable coverage, which he says the two brothers adopted as young men,

“They would become part of this unspoken understanding that exists between the monarchy and the media,” he said. “The Windsor deal is the royals get to live in a palace and get some taxpayer funding, in return, as long as they grant access and a steady supply of stories and pictures, they get favourable coverage. And that helps them to renew their emotional contract with the people.”

According to one media member, the so-called deal didn’t always involve positive coverage.

Royal correspondent and author of the biography Finding Freedom, Omid Scobie says the negative press surrounding Markle before her and Harry’s departure was rumoured to be orchestrated by members of the Royal Family.

“There were some people who just feel that she needed to be put in her place. And so I think by leaking a negative story, that’s the punishment,” he explains. “There’s been rumours for quite some time that a lot of the most damaging and negative stories about Harry and Meghan that have ended up in the pages of the press have come from other royal households or from other royal aides or courtiers. And from my own reporting and research that is exactly true.”

The first part of the documentary also allowed Markle some representation, literally. The duchess’ lawyer appeared in a brief clip with Rajan, where he calls the story on Markle’s poor treatment of staff “false.”

“This narrative that no one could work for the Duchess of Sussex, that she was too difficult and demanding a boss, and that everyone had to leave is just not true,” she said.

Part two of the doc, which aires on Nov. 29, will examine the period from 2018 to 2021, and will include a deep dive into Harry and Meghan’s royal exit.