“This is the Most Empowering Time”: Jane Campion, 67, on Aging in Hollywood and Her New Film, ‘The Power of the Dog’ 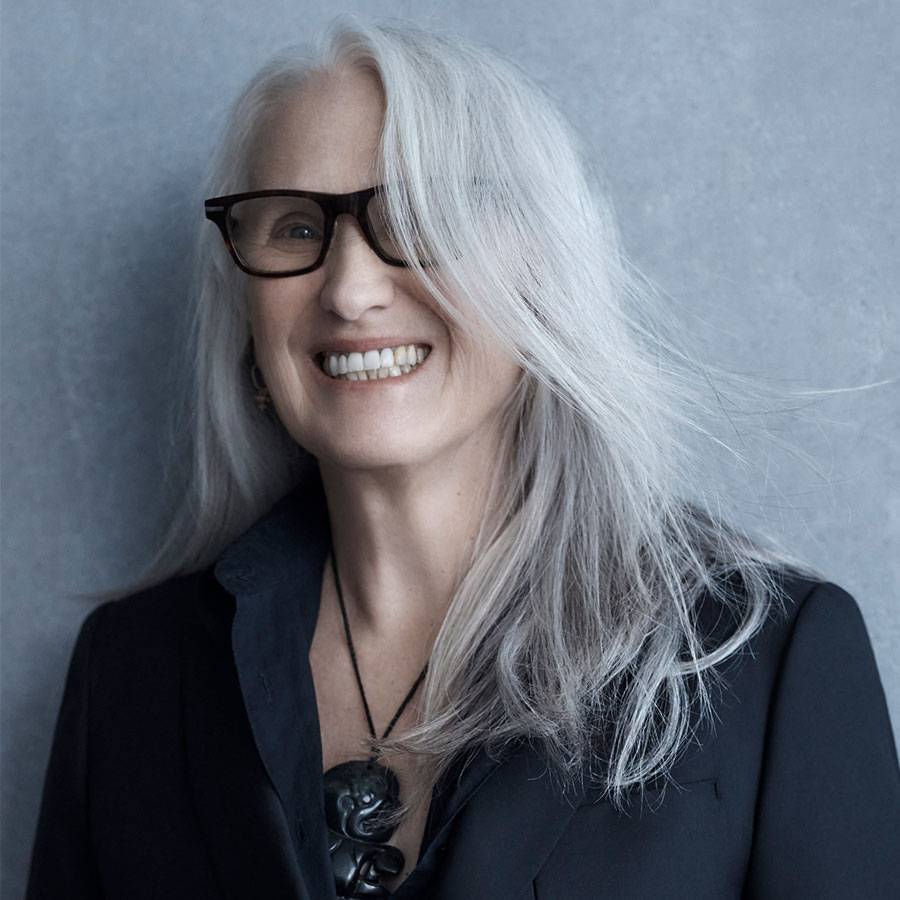 Oscar-winner Jane Campion, 67, is the second of seven women ever nominated for the Best Director Academy Award and the first female filmmaker to receive the Palme d'Or. Her latest film, 'The Power of the Dog,' begins streaming on Netflix today. Photo: Kirsty Griffin/Courtesy of Netflix

Oscar-winning filmmaker Jane Campion’s name is one you’ll likely hear a lot more of this award season thanks to her new Netflix film The Power of the Dog.

Based on the  1967 Thomas Savage novel of the same name — and written and directed by Campion, 67 — the film follows Phil Burbank (Benedict Cumberbatch), a cruel and troubled rancher who bullies his brother (Jesse Plemons), and torments his sister-in-law (Kirsten Dunst) and her son (Kodi Smit-McPhee). It premiered at the  Venice Film Festival earlier this year and earning Campion Best Direction honours — making her the second woman to win the award in its 31 year history.

And today, in an industry that’s still very much obsessed with youth, she is aware of the many conversations around aging taking place in Hollywood.

In a recent interview with Zoomer in Los Angeles, she recalled a discussion she had with Pulitzer Prize-winning novelist Annie Proulx, who wrote the afterword for a new edition of the Power of the Dog novel.

“[Proulx’s] saying, ‘Oh, Jane, the ‘60s and ‘70s are great because you’ve got all this experience but you also have an edge like you’ve done the work, you’ve had shit happen, you’ve had good things happen. And now here you are in a sort of more in a health permitted and a sort of more peaceful space.’

“In a way, this is the most empowering time,” Campion continues, before letting out a laugh. “However, [Proulx] says in the ‘80s there can be some convincing rust that’s not so easy to get rid of and something else settles in.”

Still, Campion says that making The Power of the Dog, “energized me in a way,” and noted that she has other ways of practicing self-care.

“I do a lot of meditation as well. I like to balance the two — purposeful work keeps me kind of brain bright and the other (meditation) sort of spaces it out a bit more.”

The entertainment business, in addition to being obsessed with youth, is also still very male-dominated.  Campion, aware of the lack of female representation in film, purposely hired cinematographer Ari Wegner for The Power of the Dog.

“There are a lot of guys in this story and I started my career working with my friend, Sally Bongers from film school  … and then I haven’t worked with a woman until Ari again,” Campion says. “And so I thought, ‘Okay, I’m going to work with some male leads, etc. and to offset it, because I like female energy on set too, I’m going to give a woman a chance.’ And Ari hasn’t done that much, but I know what a beautiful eye she’s got. So that’s everything for me.”

Campion has come a long way since her Oscar-winning 1993 film The Piano, which starred Holly Hunter, Harvey Keitel, Sam Neill and young Anna Paquin. The film went on to pick up three Oscars — Best Actress and Supporting Actress for Hunter and Paquin respectively, along with her own for Best Original Screenplay.

Reflecting back on the film, she says that, “I had no concept that people would want to see it outside of a very, very small artsy type of folks. So it was a complete shock that it traveled so far.”

Campion followed up with several films (Bright Star, The Portrait of a Lady) about strong women that explored the female experience and self-expression. The Power of the Dog, meanwhile, is her first time featuring a male lead and exploring toxic masculinity and the gaslighting of women. Campion treats this subject matter sensitively, smartly and with confidence.

She admitted that “when you get a book, an adaptation is actually harder than I thought from when I first started trying adaptation.”

However, she doesn’t feel like her approach to filmmaking has changed much over the years.

“I felt this film could have interest for people and in a way I feel like the same person who made The Piano who’s making this,” she adds. “Maybe your skills and your temperament changes a little bit or stuff like that, but the way you have insights, the way you do things is the same instrument in a way … same old fountain pen and the story brings out different challenges and makes you see and do things differently.”

Campion is also known for her rigorous shooting style; for example, she had Cumberbatch stay in character the whole time that they were filming. This method acting helped Cumberbatch to fully embody a cruel ranchman and deliver one of his career best performances.

Speaking about her creative process, Campion said, “I trust my gut more than I trust my mind, because I can delude myself as well as the next person. And it’s only my gut that tells me, ‘You’re bullshitting’ … I have learned to trust my gut.”

And as a result, there’s plenty of reason to believe that Campion might just earn another Academy Award for the effort.

The Power of the Dog is available on Netflix now.

Netflix Reveals Image of Imelda Staunton, 65, as Queen Elizabeth II on ‘The Crown’ As the Actress Prepares to Play a More Modern Monarch

‘Downton Abbey’: The Dowager Countess Reveals Her ‘Mysterious Past’ in Extended Teaser Trailer