Michael Nesmith, Musician and Star of ‘The Monkees,’ Dead at Age 78 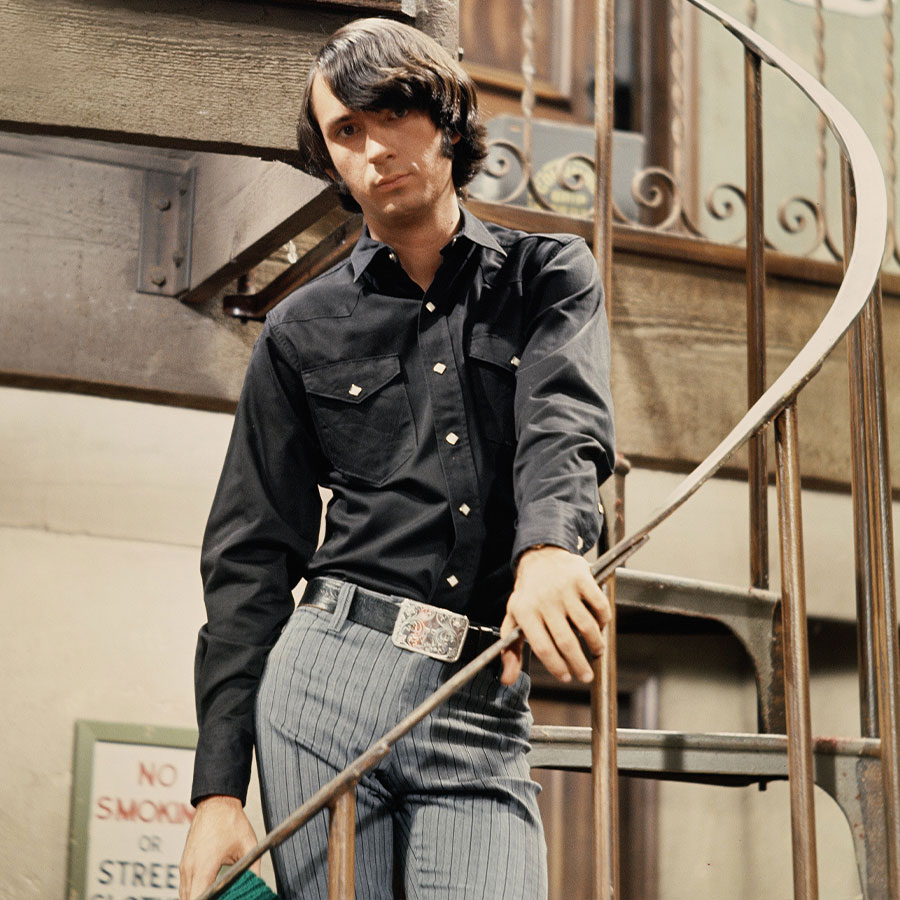 Mike Nesmith of The Monkees, seen here on the set of the hit television show circa 1967, died of natural causes at the age of 78 on Friday. Photo: Michael Ochs Archives/Getty Images

Michael Nesmith, one of the stars of The Monkees, a 1960s TV comedy series about a rock quartet modelled after the Beatles, died on Friday of natural causes at the age of 78, his family said in a statement on his website.

Nesmith, known for his trademark wool watch cap and quiet demeanour, was a singer, guitarist and songwriter for the band, a made-for-television ensemble that would form the cast of the NBC series.

The prime-time hit was inspired in part by the Beatles film “A Hard Day’s Night” and ran from the fall of 1966 to August 1968.

“With infinite love we announce that Michael Nesmith has passed away this morning in his home, surrounded by family, peacefully and of natural causes,” the family said. “We thank you for the love and light that all of you have shown him and us.”

The band’s albums The Monkees and More of the Monkees, were back-to-back No. 1 LPs and held the top of the chart for 31 consecutive weeks in 1966-67, according to Variety.com.

The TV series, introduced by its catchy theme, “Hey, Hey, We’re the Monkees,” was an immediate ratings hit weeks after the group’s first single, “Last Train to Clarksville,” had topped the pop charts in the autumn of 1966.

The group collaborated early with some of the major songwriters and session musicians of the day, including Neil Diamond, Carole King, Glen Campbell and Hal Blaine.

Their hits included “Mary, Mary,” “You Told Me” and “You Just May Be the One.”

Nesmith “expressed the highest part of his being through his voice. And you could get no closer to him then through knowing his work,” his manager, Andrew Sandoval, said on Twitter.

After the series was canceled, Nesmith branched out with the First National Band, a country-rock band that produced several albums in the early 1970s. He also wrote hits for country stars Linda Ronstadt and Lynn Anderson. He then founded Pacific Arts Corp, a multimedia firm and won the first-ever Grammy Award for music video in 1982.

In 1996-97 Nesmith rejoined band members Davy Jones, Peter Tork and Micky Dolenz to tour Britain, make a reunion album and a TV special. Jones died in 2012, and Tork died in 2019.

Nesmith’s final show was less than a month ago, when he and Dolenz ended a farewell tour at the Greek Theatre in Los Angeles on Nov. 14.

“I’m heartbroken. I’ve lost a dear friend and partner. I’m so grateful that we could spend the last couple of months together doing what we loved best – singing, laughing, and doing shtick,” Dolenz said in a tweet.

When he was young, Nesmith’s mother Bette Nesmith worked as a secretary, which led to her developing the typewriter correction fluid known as Liquid Paper.

When The Monkees Song “Daydream Believer” Made Believers of Us All

As Gordon Lightfoot  on Life, Love and Musical Inspiration

5 Fascinating Facts About Peter Jackson’s Fab Four Doc, “The Beatles: Get Back”