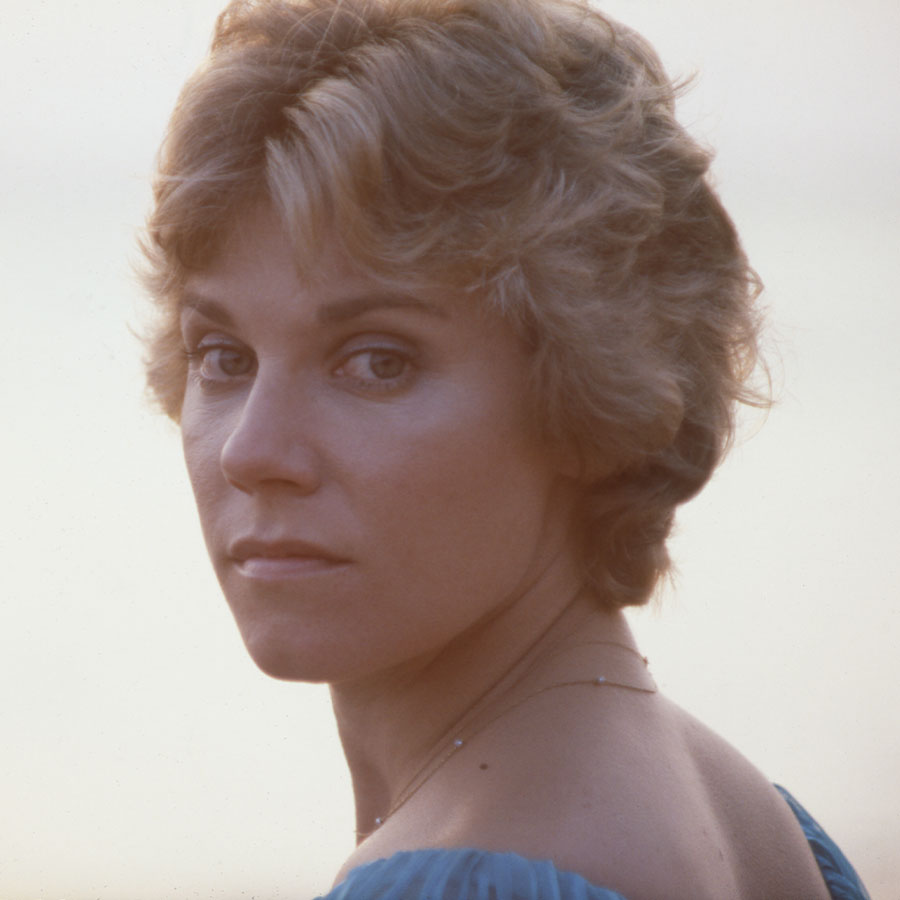 There is a moment in Anne Murray: Full Circle — a new CBC documentary about the Canadian music legend — that’s all about “the photo.”

The picture in question was taken in November of 1973 at the Troubadour in Los Angeles, the career-making nightclub where Elton John and others were “discovered.”

Front and centre in the black and white shot is Murray surrounded by, as she refers to them, four famous “bad boys in LA”: John Lennon, Alice Cooper, Harry Nilsson and Micky Dolenz of The Monkees.

“I was probably the only sober one in the photo,” says Murray, 76, who recently spoke by phone to Zoomer.

The all-star photo op was no accident; Murray’s manager at the time, Shep Gordon, who was also representing Cooper, “hog tied them all” to come to Murray’s Troubadour debut.

The move paid off: by the next day, with the photo in newspapers everywhere, the phone rang off the hook. Murray’s team was fielding TV appearance requests from everyone from Dean Martin to Johnny Carson.

It was a dizzying time for the Nova Scotia native, adored in Canada in the late 1960s as the barefoot lass from CBC’s Singalong Jubilee (a series co-hosted by Murray’s future husband Bill Langstroth). Early recordings such as 1969’s “What About Me” had Canadians asking, what about Anne?

Her post-Expo ’67 ascent was noted by music historian Larry LeBlanc, who wrote in a 1974 Maclean’s article that Murray “arrived just when Canada was turning on to its own worth.”

“Snowbird” was the big breakthrough. The 1970 single hit number one on the charts and went gold in the United States — a first for a female Canadian solo artist.

More hits would follow, including her biggest Hot 100 seller, “You Needed Me” (1978), one of Murray’s four Grammy Award winning tunes.

In addition, she collected a record 24 Juno awards, three American Music Awards and an Album of the Year at the 1984 Country Music Association Awards. Her record sales have topped the 55 million mark — a higher total than Gordon Lightfoot, as he admits on the documentary.

Full Circle, then, chronicles the ups and downs of Murray’s explosive beginning. To promote her first albums, Murray and her band spent an entire year on the road. Requests to fly back and forth to Los Angeles to be a semi-regular on The Glen Campbell Goodtime Hour beginning in 1970 — as well as appearances on shows hosted by Johnny Cash, Bobby Vinton, Merv Griffin, Mike Douglas and others — forced a move to Toronto in 1971, a temporary measure that lasted 50 years.

“I drove there in 1971,” she says. “I was into cars back then and had a 1969 aquamarine Cougar convertible with a white leather interior.”

She maintained a summer place in Nova Scotia and moved back to her home province for good in 2018. “I’ve never missed a summer, it’s so gorgeous,” she notes, although — especially after the birth of her two children — she regretted time lost to state fairs and other professional engagements. All that work came at a cost, with her marriage to Langstroth ending in 1998.

“I was just doing what I thought I had to do, to be successful,” she says, “but if I knew then what I know now, I would have taken things a little easier.”

“The Best Cover of a Beatles Song”

Still, her career is so packed with highlights that many did not make the cut for the two-hour documentary. For example: that famous photo op was not the only time she had an encounter with John Lennon.

“At The Grammys one year, he came to my dressing room,” she says. “He told me that my cover of ‘You Won’t See Me’ was the best cover of a Beatles song he had heard to that date.”

Murray’s proud of that 1974 recording.

“There’s a baseline on there that didn’t resemble anything The Beatles had done to that point,” says Murray, who credits original band leader Skip Beck with with the arrangement. (You can watch Murray sing it with Chicago at a 1979 outdoor concert below.)

“We were having a little conversation and I was so nervous, and she said we need to lighten that. And next thing I know, she is back with little plastic glasses full of wine for everybody in my dressing room.”

Murray, though, remains grateful to Glen Campbell for taking her under his wing. Even though she was nervous on those early U.S. TV appearances, the singer always made her feel at home. “As soon as I started to sing with him I felt comfortable, because I knew I could do that.”

Still, for a girl from Springhill, N.S., walking into CBS Television City Studios in downtown L.A. in 1970 “and seeing all the huge pictures of Carol Burnett and everybody on the walls, it was an awesome feeling.”

“It’s all a blur to me now,” she says. “I was so young; I didn’t know what was happening to me … because I never dreamt that I could ever be doing all this.”

Becoming a country music fan favourite took her equally by surprise. Back in her Jubilee days, New Brunswick-born producer-guitarist Fred McKenna introduced her to country rhythms “and that’s where it kind of started for me.”

The first of her Country Music Association awards came in 1978 (for “You Needed Me”). She won CMA’s again in 1984 for Single and Album of the year for “A Little Good News.”

Way back in 1971, she performed “Snowbird” at her first performance at the Grand Ole Opry. She was introduced on stage by country legend Tex Ritter (father of the late sitcom star John Ritter). “I worked with everybody. I would sit in the same backstage dressing rooms with Merle Haggard, Mel Tillis and Minnie Pearl.”

It was backstage at Nashville’s hallowed Ryman Auditorium where Murray shared a dressing room with eight Country Music legends, including Dolly Parton, Lyn Anderson, and Loretta Lynn. “They all had such high hair and hairspray was everywhere.”

Murray recalls the backlash she got a decade or so later, especially in the country music community, when she spiked up her own hair.

It was in the ‘80s, “when I went through that techno pop phase and for a couple of years had spiky hair. A lot of fans went ballistic, and I thought, well, you don’t think I look like this when I come out of the shower, do you?”

The Juno Awards: From Buffy Sainte-Marie to Jann Arden to The Tragically Hip, the Most Memorable Moments From the 50th Anniversary Celebration