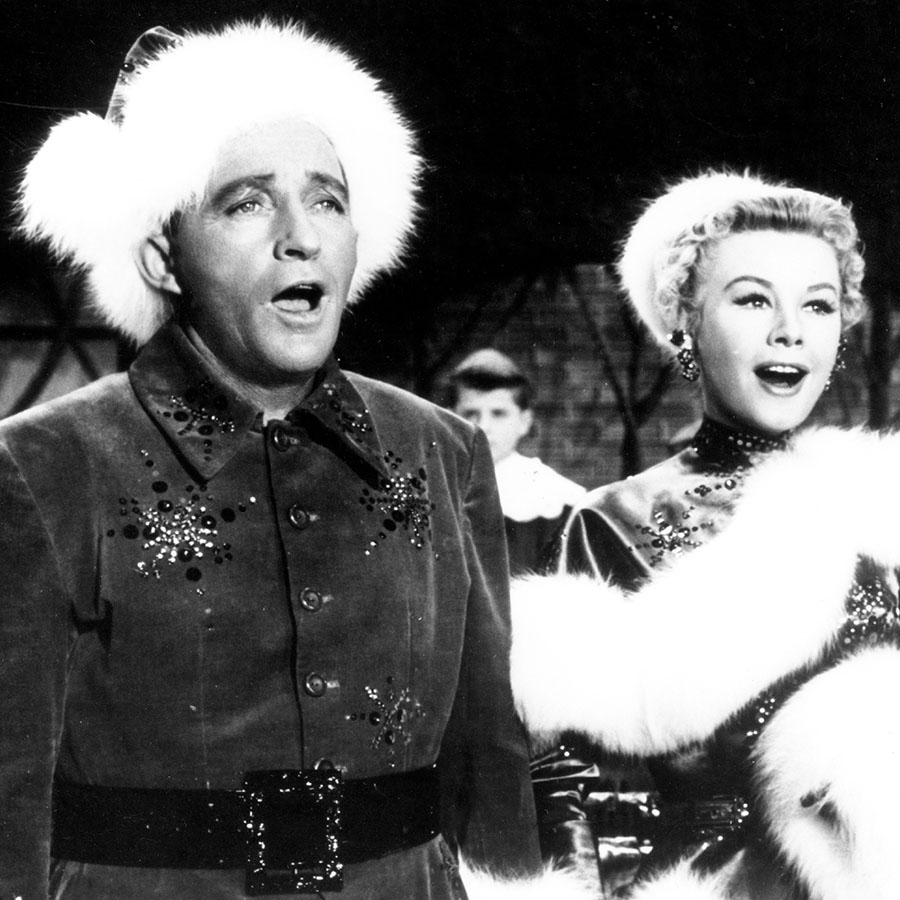 Bing Crosby and Vera-Ellen performing in 'White Christmas' (1954). Christmas songs are a staple of the season, but many of them have fascinating backstories that you've never heard of before. Photo: Michael Ochs Archives/Getty Images

The holiday season is perhaps the only season in the year that comes with its own soundtrack. Countless renditions of Christmas carols and holiday tunes dominate radio airwaves, festive parties and department store speakers.

And while festive parties and department stores are largely out this year amidst the COVID-19 pandemic, we’re all still able to cue up the tunes at home and soak up the spirit of the season.

However, while it may seem that all holiday songs are created equal — add a dash of Santa and a pinch of snow — it turns out some of the most famous Christmas tunes have fascinating backstories.

So from the holiday staple originally sung at Thanksgiving to the breakfast cereal mascot who also voiced one of the most famous Christmas tunes ever, we’ve rounded up seven fascinating facts about your favourite Christmas songs.

1. “Jingle Bells”: An Out of This World Song That Was Originally A Thanksgiving Tune

When we say “Jingle Bells” is out of this world, we aren’t kidding. The song actually holds the Guinness World Record as the first song played in space.

“On 16 December 1965,” Guinness explains, “it was broadcast during NASA’s Gemini 6A space flight.”

But if you think that’s the only interesting tidbit about the classic Christmas tune, think again. In fact, it turns out that the first time it was performed publicly was actually at a Thanksgiving service in Savannah, Ga., in the 1850s. According to CBC, the song’s writer, James Pierpont, served as the music director of the Unitarian church in Savannah when, “led the congregation in a rousing rendition of ‘Jingle Bells.’ They loved it, and he performed it again a month later at Christmas.”

The CBC story notes that Pierpont actually wrote it in in Medford, Mass., in 1850, and it was likely a drinking song inspired by the sleigh races held in the town. Medford and Savannah both claim ownership of the song, though not of Pierpont, who the story describes as a “jerk.”

Oh, and Pierpont was also at one time a Confederate soldier. As well, he wrote a tune called “The Returned Californian” about evading his creditors post-California Gold Rush that includes the line, “attention to the pretty girls is all a man should pay.”

As you can imagine, it’s not quite as catchy as “Jingle Bells.”

This is one of those facts that you might not have known, but when you learn it you wonder how you never realized it yourself.

Voice actor Thurl Ravenscroft, who most famously provided the baritone for Tony the Tiger — the mascot for Frosted Flakes whose catchphrase about the cereal is “They’re grrrreat!” — is the same man who sang the tune “You’re a Mean One, Mr. Grinch” in the 1966 TV movie How the Grinch Stole Christmas!

Once you hear it, it’s so obvious you can’t believe you didn’t notice it earlier.

“Jingle Bells” isn’t the only Guinness World Record-setting song on this list. “White Christmas,” by Bing Crosby, holds the world record as the best-selling single of all time. That’s right — the Irving Berlin-penned tune, which debuted in the 1942 film Holiday Inn, has outsold singles by every famous rocker, musician and pop star with more than 50 million copies sold.

4. “The Chipmunk Song” Was the First Holiday Tune to Top the Charts

Yes, Alvin, Simon and Theodore made history when their 1958 tune “The Chipmunk Song (Christmas Don’t Be Late)” topped the Billboard Hot 100 Pop Singles chart that year. It was the first holiday tune to ever do so, while also landing the furry trio three Grammy Awards.

The song actually held the record as the only Christmas song to ever top the Billboard charts until last year, when Mariah Carey’s 1994 hit “All I Want for Christmas Is You” finally topped the charts in December 2019. Still, 61 years at the top isn’t bad — especially for three singing chipmunks.

5. “Up On the Housetop”: The First Christmas Song to Mention Santa

Most Christmas songs are likely to feature one of two people: Jesus or Santa. And while people have been singing Christmas hymns and carols about Jesus since the 4th century, songs about Santa Claus arrived a little later. It’s believed that “Up On the Housetop,” an 1864 tune by Benjamin Hanby, is the first mention of Santa in song. Gene Autry is perhaps most famous for covering the song in 1953 (see video below).

So begins one of the most famous Christmas songs in the world, “Silver Bells.” However, according to the book America’s Songs: The Stories Behind the Songs of Broadway, Hollywood, and Tin Pan Alley, by Philip Furia and Michael Lasser, the name of the song was almost “Tinkle Bell.”

The book notes that the tune’s writers, Jay Livingston and Ray Evans, wanted to call it that after “the people who stand on the corners tinkling their bells.” It adds, though, that when Livingston told his wife about it she shot down the idea, suggesting the word “tinkle” would make most people think of urination. And this, “Silver Bells” was born.

7. “O Come, All Ye Faithful” Was Sung During An Historic Battlefield Truce

You may have heard of the famous Christmas Truce of 1914, where British, French, Belgian and German troops laid down their guns and joined together for gift exchanges, soccer matches and sing-alongs along the Western Front. Of course, varying stories describe different experiences depending on where along the Western Front the soldiers were located, but one British soldier, Pvt. Albert Moren, who fought with the Second Queens Regiment, recounted his unique experience of carolling with the enemy on the battlefield.

“First the Germans would sing one of their carols and then we would sing one of ours, until when we started up ‘O Come, All Ye Faithful,’” he explained in an account reprinted by Time. “The Germans immediately joined in singing the same hymn to the Latin words Adeste Fideles. And I thought, well, this is really a most extraordinary thing — two nations both singing the same carol in the middle of a war.”