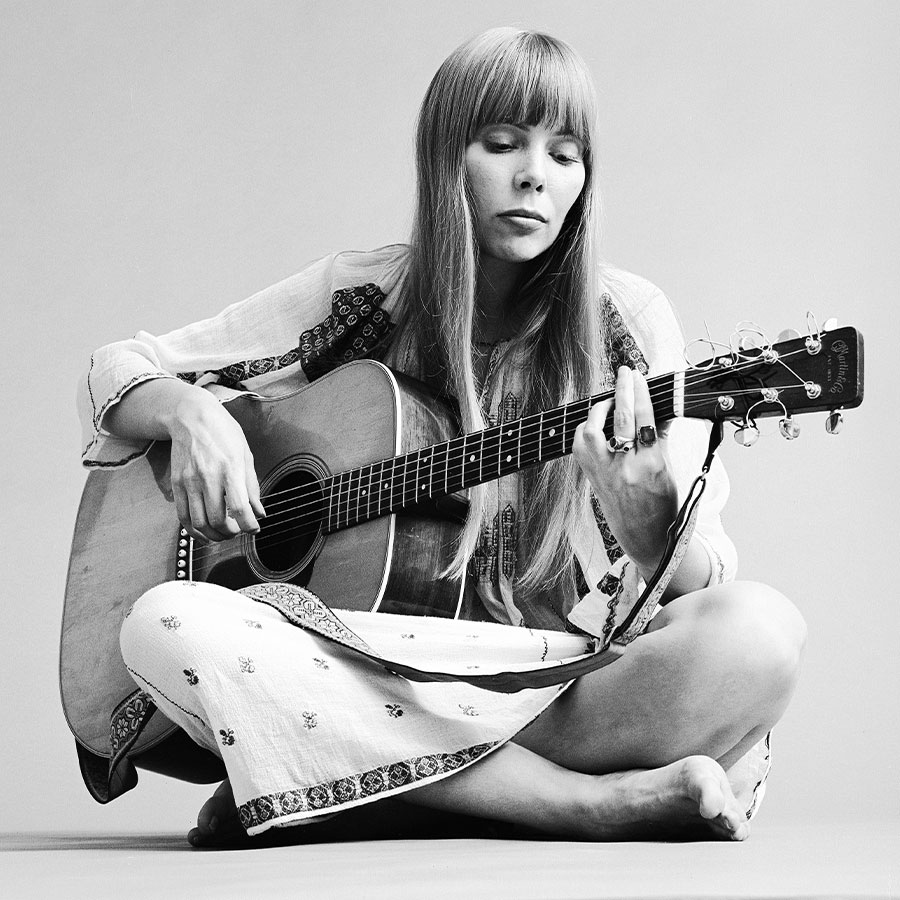 On Thursday, just in time for Christmas, Joni Mitchell, 78, released the first music video for her classic tune “River.”

The video’s director, Matvey Rezanov — who helped create the art for feature films such as Coraline (2009) and ParaNorman (2012), and is working on Guillermo del Toro’s upcoming Pinocchio film — provided the watercolour illustrations for the video via his Skazka Studios “to capture the song’s lonesome mood while paying tribute to Mitchell’s prolific creativity as a painter,” according to a press release. You can watch the video below.

The video marks the 50th anniversary of the song, which was released on Mitchell’s seminal Blue album in June, 1971. And though it contains the “Jingle Bells” melody and references Christmas, it wasn’t actually written as a Christmas song.

Mitchell penned the tune after her breakup with fellow singer/songwriter Graham Nash, who told the Guardian earlier this year that, “‘River’ made me sad, because it chronicled the end of our relationship, but also elated, because it was such a beautiful song and she had the courage to bare her soul. We were very much in love. I treasured that relationship.”

As The Washington Post noted, musician Peter White included the tune on a holiday album in 1997, leading to numerous high-profile holiday covers. “We kind of turned it into a Christmas song, even though it was not written as a Christmas song,” White told The Post.

Aside from the holiday connection, “River” is Mitchell’s second-most covered song in her catalogue. According to the singer’s website, the song has been covered 843 times, second only to “Both Sides Now,” which has been covered 1,487 times.

A Year of Celebrating Joni Mitchell

The “River” video caps a year of milestones and honours for the Alberta-born music legend. The 50th anniversary of Blue in June featured a rerelease of the disc (including demos and outtakes) as well as tributes from fellow musicians and songwriters about the album’s influence on their lives and careers.

Mitchell herself released a rare video message via Twitter to thank her fans for celebrating the anniversary.

“I’m so pleased with all of the positive attention that Blue is receiving these days,” she said. “You know, when it was first released it fell heir to a lot of criticism. So 50 years later people finally get it and that pleases me. Thank you.”

In November, the eight-time Grammy winner was nominated for her 17th statuette for Best Historical Album for Joni Mitchell Archives, Vol. 1: The Early Years (1963-1967).

And at the beginning of December, Mitchell was honoured alongside fellow Canadian Lorne Michaels, as well as Bette Midler, Motown founder Berry Gordy and opera singer ​​Justino Diaz at the Kennedy Center Honors.

“Joni, your words and melodies touch the deepest parts of our soul. I mean — I mean, they really do,” U.S. President Joe Biden said  at a White House reception for the event. “And she does it by letting us in, by sharing what’s deeply personal and yet universal.  It’s why millions of people will listen to her songs and feel they were written just for them … you’re a master at your craft.”

The 79-year-old president added that, “what sets you apart, in my view, is when we listen to you — your voice, your guitar, your careful arrangements — we listen to a great song.  And then — then you read the lyrics on their own, in the quiet, all by themselves, and you read a great poem.  You sing poetry, it seems to me.  And I’m no artist.”

He also specifically cited Mitchell’s album Blue, noting “the impact on fans in every generation and artists of every genre. This is immeasurable. Her gift — she touches the range of human nature and the sense of struggle and how we overcome and how we love.”

And on Jan. 29  — two days before the Grammys — Mitchell will be feted as the 2022 MusiCares Person of the Year by the Recording Academy in a ceremony featuring performances by Jon Batiste, Brandi Carlile, Herbie Hancock, Graham Nash, James Taylor and many others.