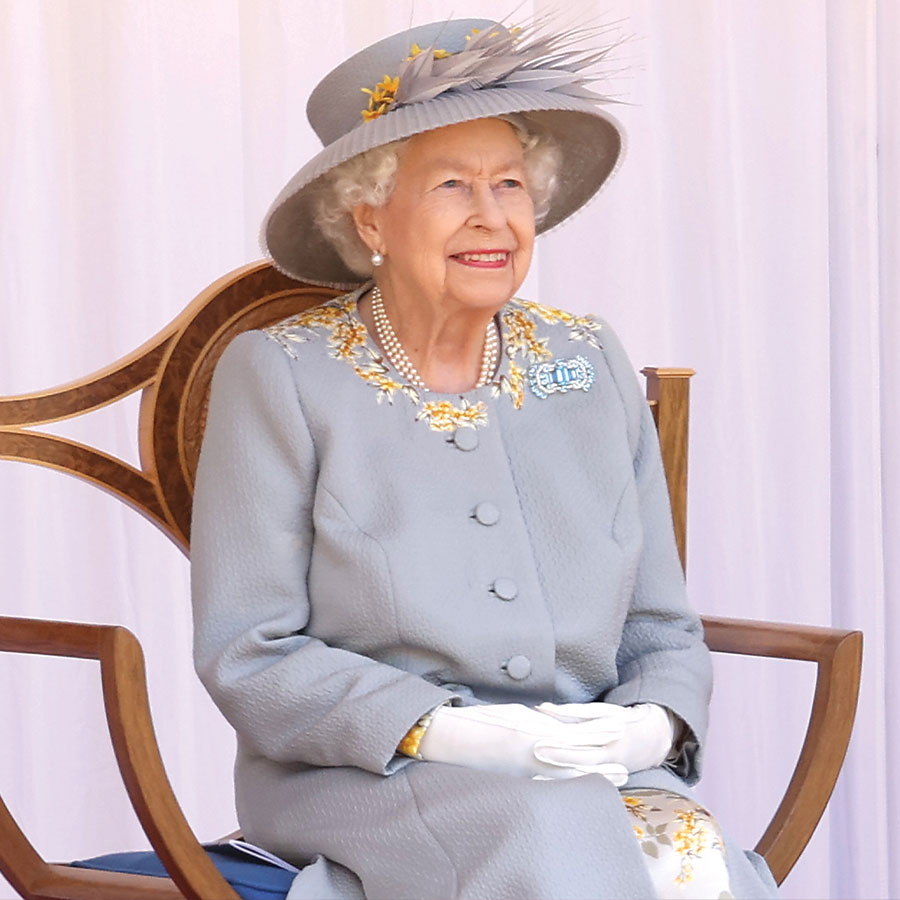 Queen Elizabeth II, pictured here at a military ceremony at Windsor Castle to mark her Official Birthday on June 12, 2021, will mark her seventh decade as sovereign next month. Photo: Chris Jackson/Getty Images

Inventing puddings and planting trees are just some of the things Britons are invited to do for Queen Elizabeth’s Platinum Jubilee, events to mark her 70th anniversary on the throne that culminate in a “blockbuster weekend of celebrations” in June.

The 95-year-old, the longest-reigning monarch in British history, will add another milestone when she marks her Platinum Jubilee in February, with the government planning four days of celebrations from June 2-5.

Buckingham Palace said Britons aged 8 and over were encouraged to apply for a baking competition to find the “perfect Platinum Pudding recipe” dedicated to the queen, while some could also “plant a tree for the Jubilee”.

During the long holiday weekend in June, people will be able to see the trooping the colour in her birthday parade, a service of thanksgiving in London’s St Paul’s Cathedral, a party at the Palace among other events.

In November, culture minister Oliver Dowden said the four days of celebrations would be “a celebration to remember”.

Elizabeth, who is also the world’s current oldest and longest-reigning monarch, became Queen on Feb. 6, 1952, on the death of her father George VI.

In September 2015, she overtook the length of time her great-great-grandmother Queen Victoria had spent on the throne, remarking that the historical moment was “not one to which I have ever aspired”.

The plans are similar to those which marked the Queen’s 60th anniversary in 2012 when Britain held four days of events in her honour, including a huge flotilla on the River Thames and capped off with a star-studded concert at Buckingham Palace.

For more information on the Platinum Jubilee celebrations, go here.

Not Another 70 Years: Republicans Launch Campaign to End Monarchy

British republicans said on Monday they would launch a campaign to end the monarchy in the run-up to celebrations to mark Queen Elizabeth’s 70 years on the throne.

Elizabeth, 95, the world’s oldest and longest-reigning monarch, will mark her seventh decade as sovereign next month and on Monday Buckingham Palace detailed plans for four days of celebrations for her Platinum Jubilee in June.

But anti-monarchy group Republic used the occasion to say it would begin a “Not Another 70” campaign to call for an end to the historic institution.

“While a vocal minority will want to celebrate the Queen’s seventy year reign, we must all start looking to the future. The prospect of King Charles is not a happy one, and there is a good, democratic alternative on offer,” Republic’s Graham Smith said.

“It’s time to have a serious debate about our constitution, accept that Charles is not the best the country has to offer, and that as a nation we are quite capable of choosing our head of state.”

Polls indicate the vast majority of people in Britain support the monarchy and the queen herself is hugely popular. But there is not as much support for her eldest son and heir Charles, and surveys suggest there is growing republican sentiment among younger Britons.

Zoomers of the Year: From the Queen to Dolly Parton, Our Top 10 Picks